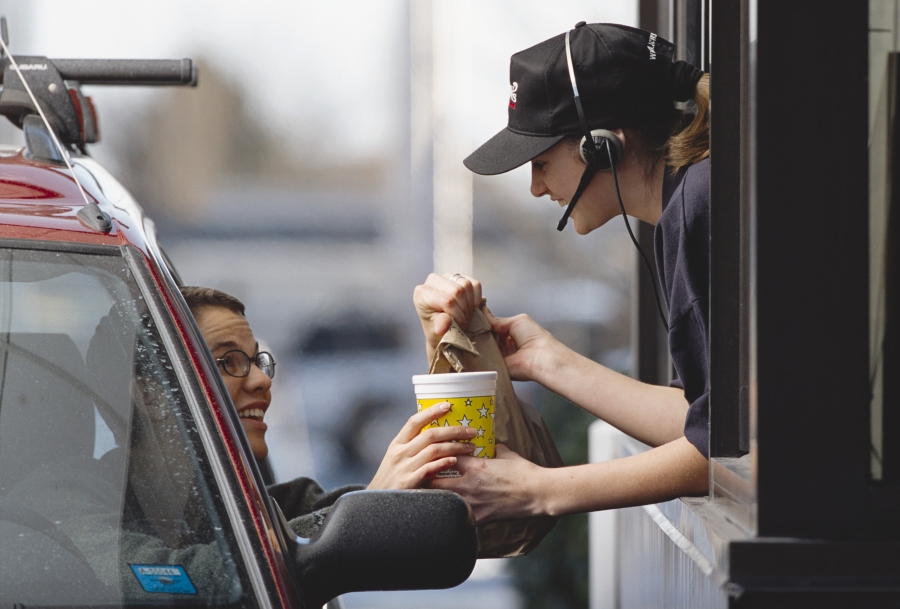 (NEXSTAR) — If you find yourself in a drive-thru lane at your favorite fast food joint, you probably expect a few things — good customer service, a short wait, an accurate order, and quality food. A new study has found some of America’s most popular fast food chains are better at delivering on those expectations than others.

Overall, Chick-fil-A again stole the show across most categories, but others seem to be catching up to the chain.

The 100 best taco spots in the US, according to Yelp ratings

Regarding one of the most crucial aspects of fast food, speed, Intouch Insight found service has gotten faster than it was last year, with the average time spent in the drive-thru dropping by 10 seconds to 6 minutes and 13 seconds. Though improving, that’s about 45 seconds slower than the average reported in 2019.

When it comes to fastest total time, meaning how long you spend in the drive-thru from start to finish, KFC ranked highest, replacing last year’s leader, Chick-fil-A. However, Chick-fil-A was the fastest at getting out orders based on the number of cars in line, followed by McDonald’s, Taco Bell, Dunkin’, and Arby’s.

Hardee’s had the shortest average wait time (how long you sit in line before placing your order) at just under 51 seconds, followed by Carl’s Jr. (57.18 seconds) and KFC (63.6 seconds). Customers waited the longest at Chick-fil-A (over 3 minutes) and Wendy’s (over 2 and a half minutes).

In terms of accuracy, meaning your main entree, side, drink, and special requests are perfect, Arby’s and McDonald’s tied for the top spot with both getting orders right 89% of the time. They knocked out Chick-fil-A, which had the highest accuracy in 2020 and 2021, but dipped to a seventh-place ranking with 83% accuracy. Wendy’s had the lowest accuracy score at 79%.

When ranked based on overall satisfaction with the drive-thru experience, Chick-fil-A ranked highest for the third year in a row, but wasn’t alone in the top spot. The chicken chain tied with Carl’s Jr. this year. Arby’s, Dunkin’, and Hardee’s all tied for third place. At the bottom of the list was Wendy’s at 82%, followed by McDonald’s at 85%.

Once you have your meal, you’re out of the drive-thru line, and ready to enjoy your food, it all comes down to the quality of the food. This year, as it has the past two years, Chick-fil-A was found to have the highest quality food. Again, the restaurant isn’t alone, sharing that top spot with Taco Bell. Though Wendy’s struggled in other categories, it tied for third in food quality with Arby’s and Dunkin’.

Wendy’s does appear to be working to combat some of the shortcomings highlighted in this year’s drive-thru study.

Earlier this year, Wendy’s unveiled a new “sleek and modern” design standard for its future locations. The design includes a separate drive-thru lane for deliveries in response to an increase in digital orders and a galley-style kitchen to make orders faster, the chain explained in August. The first of these modernized locations will open in Ohio, where Wendy’s got its start, in spring 2023.