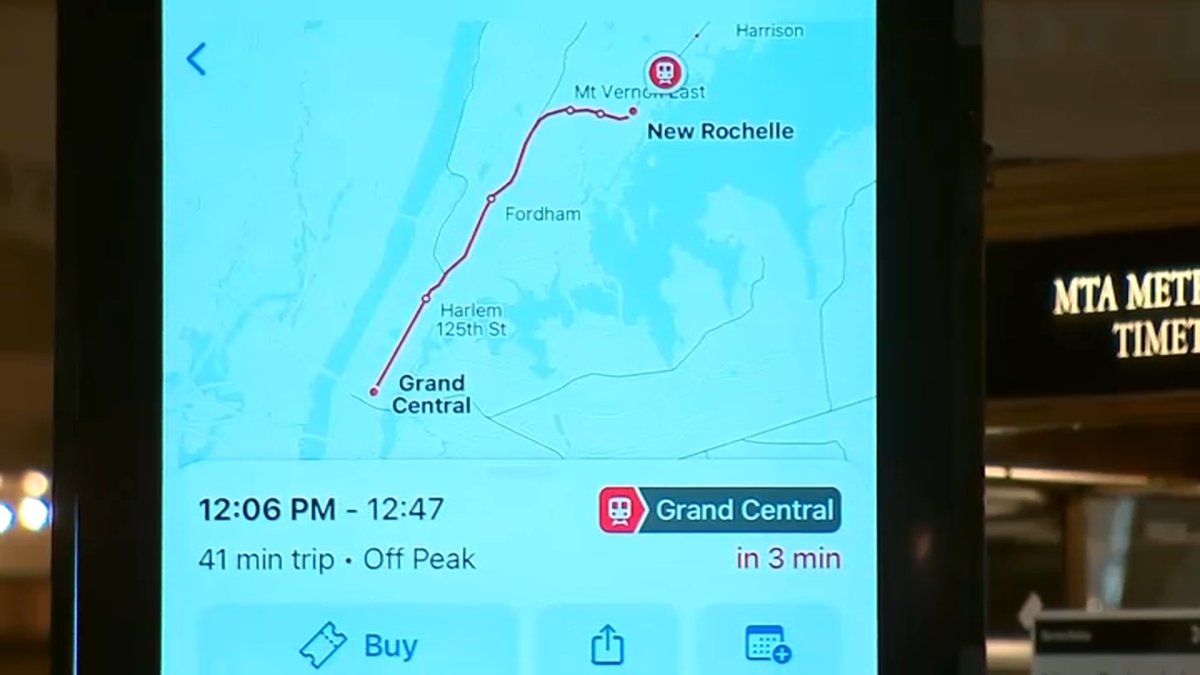 Say you’re looking to take Long Island Rail Road to the Hamptons, or perhaps Metro-North to Connecticut or the Hudson Valley for the weekend.

Want to see what time trains are leaving? Open up the MYmta app, and see all the schedules. Or you might have to use the specific Metro-North or LIRR apps on their own.

But if you want to buy a ticket on your phone, well you can’t do that there.

In order to purchase a ticket, you’d also need to have the MTA eTix app. Once you sign in there and once again enter your trip itinerary, then you can get a ticket.

Not exactly the smoothest process, right? The MTA finally came to that conclusion as well, and on Wednesday unveiled a new app to answer the top passenger complaint: “Why do I have to use multiple apps to take the train?”

The transit agency’s new “Train Time” app combines schedules and ticketing, all in the same place. An impressive new feature they included is a color-coded real-time look at how crowded each car is, in an effort to speed up boarding.

“The bottom line is knowledge is power, and that’s what we want our customers to have,” said MTA Acting Chief Customer Officer Shanifah Rieara.

The app was unveiled as the MTA gave an inside look at the new LIRR transit hub long-known as East Side Access, but was rebranded as Grand Central Madison. It will include eight tracks and four platforms, and came with an $11.1 billion price tag.

The new hub will make for a whole new commute for Suffolk County commuters like Tricia Shay.

“I will get on the train in Ronkonkoma, get off here and go right upstairs,” she said, adding that it will save her 30 minutes, since she works right above Grand Central.

NBC New York, which has been tracking the long-delayed construction project for more than a decade, got an exclusive look at workers finishing up the escalators to the platforms 90 feet below. What isn’t known yet is exactly when commuters will be able to take that first LIRR trip to Grand Central Madison.

When asked on Wednesday, Metro-North Railroad President Cathy Rinaldi said she couldn’t provide more clarity as to a specific or estimated date, but said “by the end of the year.”