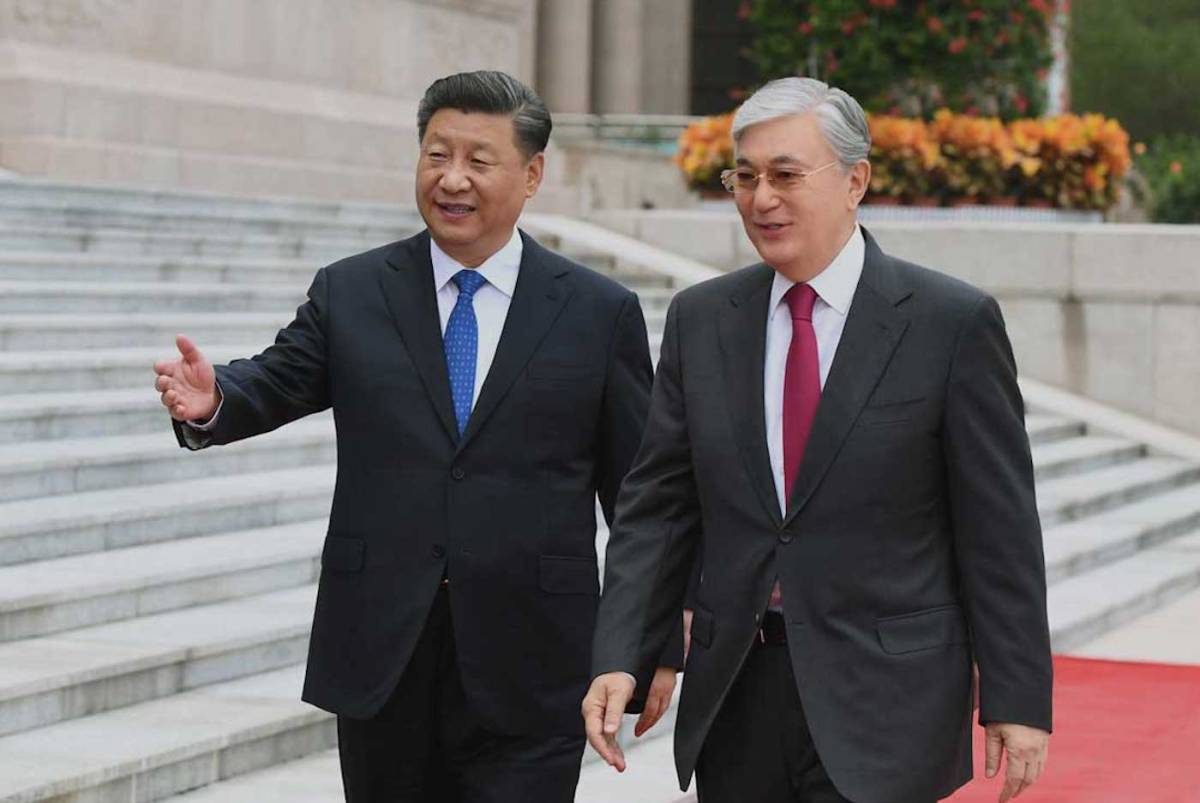 Kassym-Jomart Tokayev, who has been re-elected president of Kazakhstan, made a tantalizing remark to reporters on Sunday (November 20) that his country will pursue a multi-vector policy.

As he put it, “I believe that given our geopolitical situation, given the fact that we have over $500 billion involved in our economy, given that there are global companies operating in our market, we simply have to pursue a multi-vector, as they say now, foreign policy.”

Tokayev’s remarks hark back to the early post-Soviet era when Russia propagated a multi-vector approach in its foreign policies – de-ideologized, pragmatic and flexible. But Tokayev meant diversified relationships optimal for Kazakhstan’s development.

There is no question that the impact of geography on politics is acute for Kazakhstan, being a landlocked country that also happens to be a powerhouse. Europe, for instance, has turned its sights lately on distant Kazakhstan as it casts around for supplies of rare-earth metals to meet its green economy targets.

Besides, Kazakhstan has to contend with the Big Brothers, Russia and China. Tokayev, a career diplomat by profession, has a way of warding off predatory Big Brothers by keep them guessing at the gate while at the same time using them selectively.

But a challenge looms ahead as the alchemy between and betwixt the Big Brothers has changed phenomenally during the past year. Against the backdrop of Russia’s war in Ukraine, Central Asia is becoming a turf where the West is beating a path to forge closer alliances and build new trade routes.

The Central Asian states are coming under pressure to make choices and choose sides. The speech made by European Union’s foreign-policy chief Josep Borrell last Friday at the EU-Central Asia Connectivity Conference: Global Gateway in Samarkand, Uzbekistan, is particularly noteworthy.

Borrell made an impassioned plea that the Central Asian states should align with “the rules-based international order” – a codeword for the collective West. He explicitly warned his Central Asian audience, “Having connections and options is good. But excessive dependencies and the absence of choice can come at a cost.”

Borrell’s speech makes stunning reading. Only last month, in a neocolonial rant, the plucky Spaniard had said that “Europe is a garden,” which is “beautiful” and superior to the vast majority of the countries on Earth. He claimed, “Most of the rest of the world is a jungle, and the jungle could invade the garden.”

But in Samarkand Borrell sang an entirely different song – the garden is apparently inviting the jungle to enter its gates! In a veiled reference to Russia, Borrell endorsed “the natural desire of our Central Asian partners to reject dependency on any single international partner, regardless of history or geography.”

Borrell traveled to Samarkand via Astana, where he met with Tokayev. While in Kazakhstan, Borrell paid fulsome praise to Tokayev’s “serious reform process to transform the country to make it more open, more inclusive, and more democratic,” etc. Presumably, while making the flattering remark, Borrell would have factored in that Tokayev’s victory in Sunday’s presidential election was a foregone conclusion.

But in reality, a report in Radio Free Europe and Radio Liberty, an organ of the US foreign and security policy establishment, roundly debunks Tokayev’s credentials as a liberal, calling them “mainly cosmetic … [which] do not change the nature of the autocratic system in a country that has been plagued for years by rampant corruption and nepotism.”

Apparently, Borrell was only indulging in sophistry. Or, more likely, the neocons in US President Joe Biden’s administration feel frustrated that Tokayev may have pre-empted another potential color revolution by detaining pro-Western opposition and rights activists across Kazakhstan in the run-up to Sunday’s election.

The scurrilous pieces that appeared in the US-based media regarding Tokayev and his family, for sure, suggest that he is keeping the Beltway guessing.

Back in January, faced with sporadic nationwide protests over a fuel-price increase cascading into wider, nationwide anti-government mobilizations, Tokayev didn’t hesitate to get the Kremlin to dispatch a contingent of the Collective Security Treaty Organization (CSTO) deployed to Astana to keep peace.

Tokayev used the impressive Russian deployment to resort to a security crackdown. And it goes to the credit of President Vladimir Putin that Russian policies toward Central Asian states in general are increasingly characterized by a collegial approach that allows Moscow’s interlocutors in the region enough space to work out their national priorities.

Tokayev has since consolidated his grip on power. The regime of former president Nursultan Nazarbayev was penetrated by Western intelligence but Tokayev, although a protégé of that regime, has purged the last vestiges of his erstwhile mentor from Kazakhstan’s power calculus.

It is a different matter, though, that Tokayev also exploited the Kremlin’s preoccupations over the Ukraine war to strengthen his country’s strategic autonomy vis-à-vis Russia.

In comparison, of the two Big Brothers, China has done exceedingly well by pursuing an equal relationship with Kazakhstan. The cooperation list between the two countries includes 52 projects worth a total of more than US$21.2 billion. China paid great attention to the relationship and maintained a high momentum of top-level exchanges.

While the commentariat largely focuses on the implications of the Belt and Road Initiative (BRI) elsewhere in Asia and Europe, the significant influence the project has and will continue to have in Kazakhstan gets overlooked. Lest it gets forgotten, it was from that country’s capital, Nur-Sultan, that Chinese President Xi Jinping announced the BRI in 2013.

Train lines linking Chinese industrial hubs to European cities have since emerged across Kazakhstan. The South China Morning Post calls Khorgos, the railway crossing at the China-Kazakhstan border, the “world’s biggest dry port.” From that transfer hub, the freight trains run north through Russia to the cities of Western Europe, “hungry for cheaper Chinese goods.”

Clearly, the West sees a window of opportunity to make inroads into Central Asia while Russia is bogged down in Ukraine. But China remains a stakeholder in preventing a “color revolution” in Kazakhstan. Unsurprisingly, Xi Jinping made his first foreign sojourn in almost 1,000 days since the Covid-19 pandemic began when he traveled to Kazakhstan in mid-September, where he met with Tokayev.

In retrospect, Xi’s meeting with Tokayev was a sort of renewal of vows aimed at revitalizing the BRI. Given Kazakhstan’s historical role as a linchpin of the Silk Road, both Kazakh and Chinese leaders are happy to position Kazakhstan to reap the benefits of increased trade through the Eurasian landmass.

Significantly, speaking last Friday at the Asia-Pacific Economic Cooperation (APEC) gathering in Bangkok, Xi has announced that China would consider hosting the third Belt and Road Forum for International Cooperation next year.

Russia and China wish to see a stable Kazakhstan, and they play different roles: Moscow works with Kazakhstan on security and political questions, while China generally plays a financial and economic role. The CSTO military presence to quell protests in Kazakhstan in January underscored that Russia’s cultural and security influence remains paramount.

The growth of nationalism in Kazakhstan in a period of more assertive Russian foreign policy might have led to tensions in the Russian-Kazakhstan relationship, but curiously, the high level of Russian-Chinese relations helped to stabilize the political and military climate in Kazahkstan.

Tokayev’s affirmation of a multi-vector foreign policy can be seen as a polite rejection of Borrell’s thesis before the Central Asians that “seeking security in isolation is a fallacy.”

This article was produced in partnership by Indian Punchline and Globetrotter, which provided it to Asia Times.