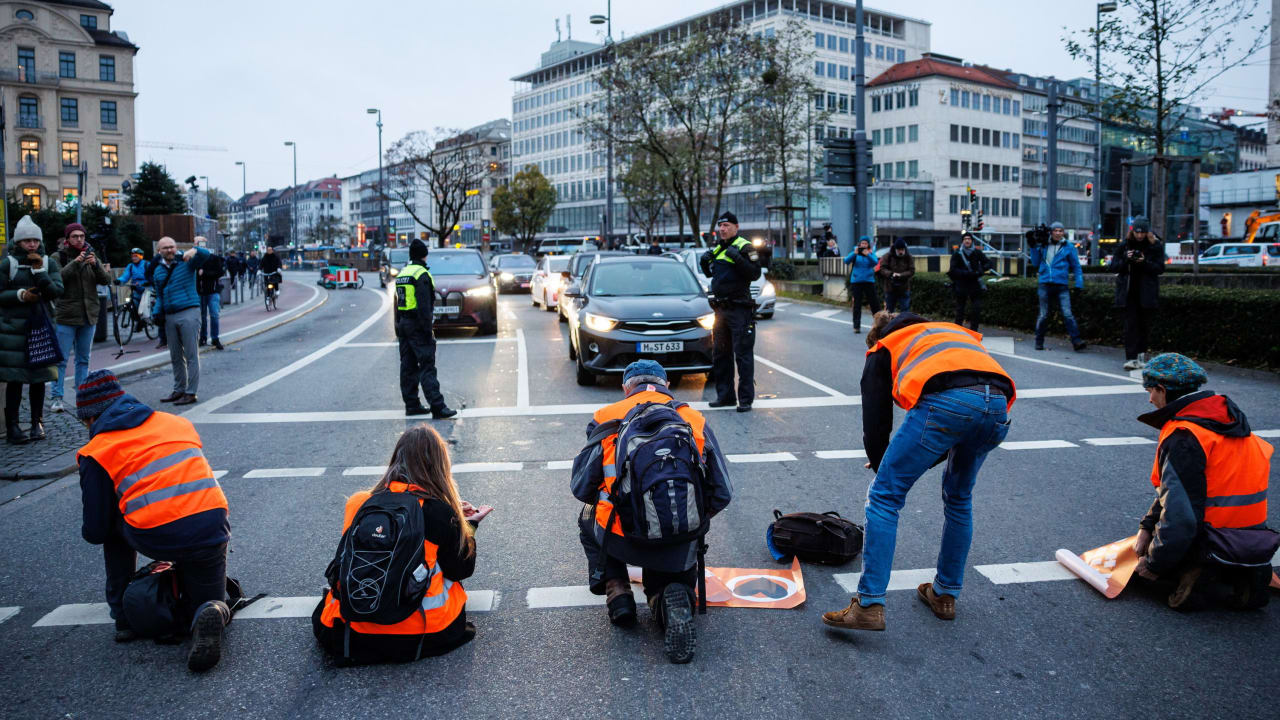 Munich – Activists of the “Last Generation” once again stuck themselves on a street in Munich during a climate protest and blocked traffic.

As announced, the group started their protest action on Monday morning. According to a police spokesman, nine people stuck to the road at Karlsplatz.

They wore safety vests and drew attention to their climate policy demands with posters. The traffic was diverted, but the disabilities were “moderate”. About 50 officers are on duty, it said.

As a police spokesman said, the city of Munich had issued a notice of condition for the meeting after the activist group had announced. However, sticking to the street violated these requirements. There are currently no plans to break up the protest.

In the past few weeks, activists from the “last generation” had blocked roads, damaged works of art and paralyzed air traffic at BER Airport in Berlin. In Bavaria, some were jailed as a precautionary measure because they had announced further disturbances.

Among other things, the group is demanding a speed limit of 100 kilometers per hour on motorways and a 9-euro train ticket for the whole of Germany.