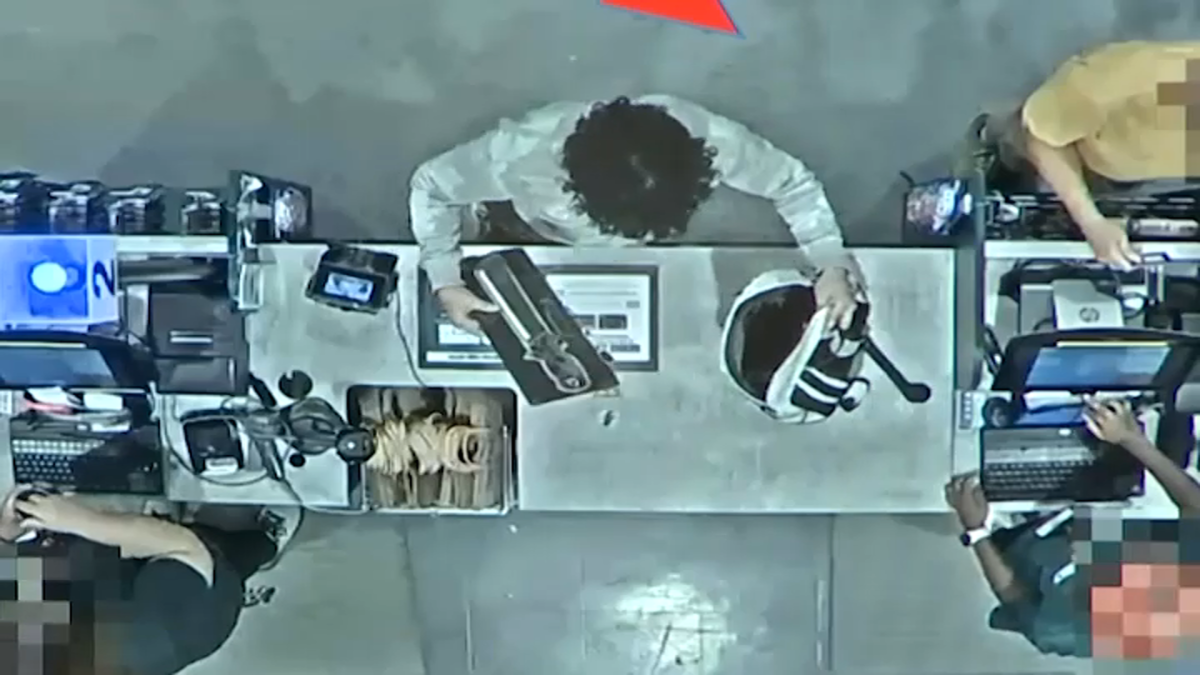 Criminal charges were upgraded to attempted murder on Monday for the Long Island man accused of attacking three people with a machete at a sporting goods store earlier this month.

The afternoon attack on Aug. 12 left a store manager seriously injured, still having not regained use of both his arms more than two weeks later. Officials said the victim suffered a fractured skull and severed tendons in his arms.

Cameras inside the Dick’s Sporting Goods in Patchogue captured the movements of Treyvius Tunstall, as he allegedly attacked the store manager and two others after attempting to purchase a gun at the store.

Tunstall is accused of visiting an earlier store where he purchased the machete used in the Patchogue attack. Prosecutors say he inquired about purchasing a rifle, but turned violent after employees started to run a background check on the man.

Store footage shows the man swinging the machete at the manager, refusing to let up even after the employee falls to the ground. On his way out of the store, Tunstall is accused to attacking two others and trying to steal a kid’s bicycle before fleeing on foot.

Arrested shortly after the attack on assault and weapons charges, Tunstall is now facing charges of attempted murder after Monday’s arraignment. His bail was set at $1 million cash.

It’s been more than two weeks since the bizarre attack and prosecutors are still trying to understand why Tunstall wanted the weapons and what prompted his violence. He’s due back in court next month.

How to Watch the 2022 People's Choice Awards