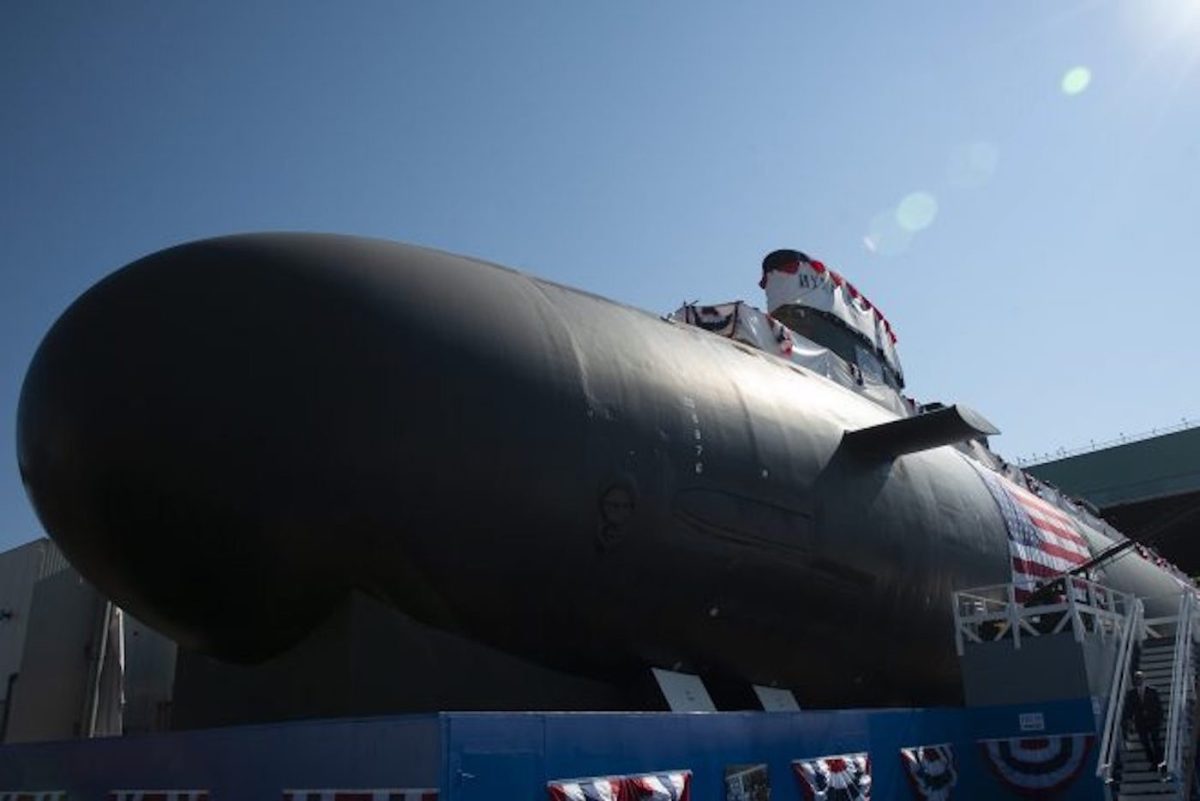 The designation “SSN(X)” means that the exact design of the nuclear attack submarine class has not yet been determined, according to an August 2022 US Congressional Research Service (CRS) report.

Although the Virginia class is built with incremental improvements called “blocks,” a new design that solves maintenance problems and includes game-changing technologies may represent the development of a new class altogether.

The CRS report states that the US Navy estimates the SSN(X)’s price tag at US$5.8 billion per boat, significantly higher than the $3.6 billion for a VPM-equipped Virginia class boat.

At the Society of Naval Engineers’ annual Fleet Maintenance and Modernization Symposium held this month, Rear Admiral Jonathan Rucker stated that the US currently has 50 SSNs, but 18 are under maintenance and unavailable to operational commanders, as reported in Defense News.

Rucker said that the current number of SSNs in maintenance is too high and that sub maintenance is facing challenges in planning availabilities, work execution and keeping enough spares and materials for repairs on hand.

At the same conference, Rear Admiral Scott Brown said that the US Navy did not make sufficient investments in repair and maintenance capabilities when designing and acquiring the Virginia class SSN, resulting in the cannibalization of other boats to maintain operational numbers and delays waiting for parts and components that are often unavailable.

Rucker emphasized that such shortfalls should not happen with the SSN(X). He stated that from over a million parts in the Virginia SSN, only 0.1%, or 32 parts, were found not to perform as intended from a life expectancy perspective. He also mentioned that those 32 parts were redesigned, or had their maintenance cycle changed, insinuating those improved parts could possibly be used in the SSN(X).

The report notes concern about the US’ limited industrial base to construct two Virginia class SSNs with the multi-mission Virginia Payload Module (VPM) and one Columbia class nuclear-powered ballistic missile submarine (SSBN) annually from the mid-2020s to mid-2030s.

Despite those limitations, there may be plans to increase US submarine production to three Virginia class boats and one Columbia class boat per year, which has been dubbed the “3+1 program.”

In December 2021, US President Joe Biden signed three determinations of the Defense Production Act (DPA) to strengthen the US submarine industrial base to increase the production of Virginia class subs.

However, the CRS report asks several difficult questions – most without answers – about the US’ submarine construction industrial base. First, it asks whether the US Navy, submarine shipyards and submarine supplier firms have agreed on the US industrial base capacity to handle building the Virginia and Columbia class subs.

Second, it asks whether those organizations have taken steps to increase the industrial base capacity to match desired submarine procurement rates. Third, the report asks about the specific effects of the three presidential DPA determinations on US submarine-building capacity.

The CRS report also points to other issues within the Virginia class fleet such as cannibalization between boats, noting that some components have worn out earlier than their 33-year designed lifespan, with flaws in contractor quality and out-of-spec parts contributing to accelerated wear.

The report notes that most cannibalized parts were electrical components, among other classified parts. It also says that cannibalization brings a slew of disadvantages, such as increased workload and risks of parts being damaged during the process.

With all these problems, US Navy SSNs have had delayed deployments due to capacity-related backlogs at US Naval shipyards, notes a separate July 22 CRS report. That report asks critical questions about the US Navy’s required number of SSNs given its 355-ship goal in 2016 while pointing to the operational implications of the US’ shrinking SSN fleet, which is projected to decline to 46 boats by 2028 and stay below 60 until 2045.

The US built the Virginia class SSN in the 2000s as a less-expensive alternative to the Seawolf class, which was built between 1989 and 2005, with the latter class being the most expensive US attack sub ever built at $5 billion per boat in 2018 dollar values.

The Seawolf class was designed as the successor to the 1970s Los Angeles class, which is currently still in service. The US built the subs to operate in deep-water environments to hunt then-Soviet nuclear-powered subs such as the Typhoon-class nuclear-powered ballistic missile subs (SSBN) and Akula-class SSNs.

However, the US built only three out of 29 planned boats due to the end of the Cold War.

In contrast, the VPM-equipped Virginia class costs $3.6 billion per boat while featuring technologies found in the Seawolf class.

While the Virginia class can perform the same missions as the Seawolf class, it is optimized for a post-Cold War threat environment characterized by covert insertion and delivery of special operations forces (SOF), covert cruise missile strikes on land targets and covert offensive and defensive mine warfare.

However, renewed great power competition between the US, China and Russia may have prompted a shift in US submarine design philosophy, with a new emphasis on anti-submarine and anti-surface warfare.

Notably, China’s rapidly advancing anti-access/area-denial (A2/AD) capabilities and improving nuclear and conventional subs pose a significant challenge to US undersea dominance in the Pacific. Russia’s nuclear subs are also a serious challenge to US dominance in the Pacific and Arctic. When operating close to US shores, Chinese and Russian subs pose a significant threat to the US homeland.

Apart from simplifying logistics and maintaining fleet numbers as a rationale for the SSN(X), the US Navy may have reached its stealth capability limit with a purely mechanical system, a limitation that may be driving the SSN(X)’s development.

In a 2016 article for The National Interest, Dave Majumdar notes that a next-generation sub would have to dispense with moving parts to improve stealth drastically, as rotating machinery and propulsors moving through water excite the stern and other parts, generating noise.

In addition, Majumdar notes that a permanent magnet motor for the upcoming Columbia class may also be installed in the SSN(X), presenting a big technological leap from the Virginia class.

Critically, the increasing stealth of Chinese and Russian subs may be the driving factor to improve the stealth of the Virginia class. However, current mechanical propulsion technologies may already have reached their limit.

In a September 2020 article for The National Interest, Caleb Larson mentions that China’s Shang class SSNs may already be as quiet as their US counterparts. He notes improvements in reactor design and anti-echoic tiles may have reduced the Shang class’s noise level to that of upgraded Los Angeles SSNs.

Similarly, Russia has been steadily improving the capability of its subs, despite the relative deterioration of its military in other areas. In technology terms, the Yasen SSGNs represent a significant development in acoustic signature reduction and weapons integration, which are on par with some Western counterparts, notes Arnaud Sobrero in a February 2021 article for The Diplomat.

Asia Times has reported on this development, noting that the Belgorod is the designated carrier of the Poseidon nuclear-armed underwater drone and the highly-classified Losharik saboteur sub.

Asia Times has also reported on Russia’s planned successor to the Borei class, the Arcturus, which is optimized for Arctic operations and features stealth improvements such as a shaftless power plant and pump jet propulsion.

Given these threats, the US Navy envisions the SSN(X) will be an “apex predator” combining the high speed and payload of the Seawolf class, stealth and sensors of the Virginia class and availability and service life of the Columbia class.

The CRS report says the SSN(X) will be designed to counter the growing threat posed by near-peer adversary competition for undersea supremacy, noting it aims to outclass competitors in terms of speed, payload, stealth and operational availability.

The SSN(X) will also be capable of full-spectrum undersea warfare and coordinate with a larger contingent of off-hull vehicles, sensors and friendly forces while improving multi-mission capability and sustained combat presence in denied waters.