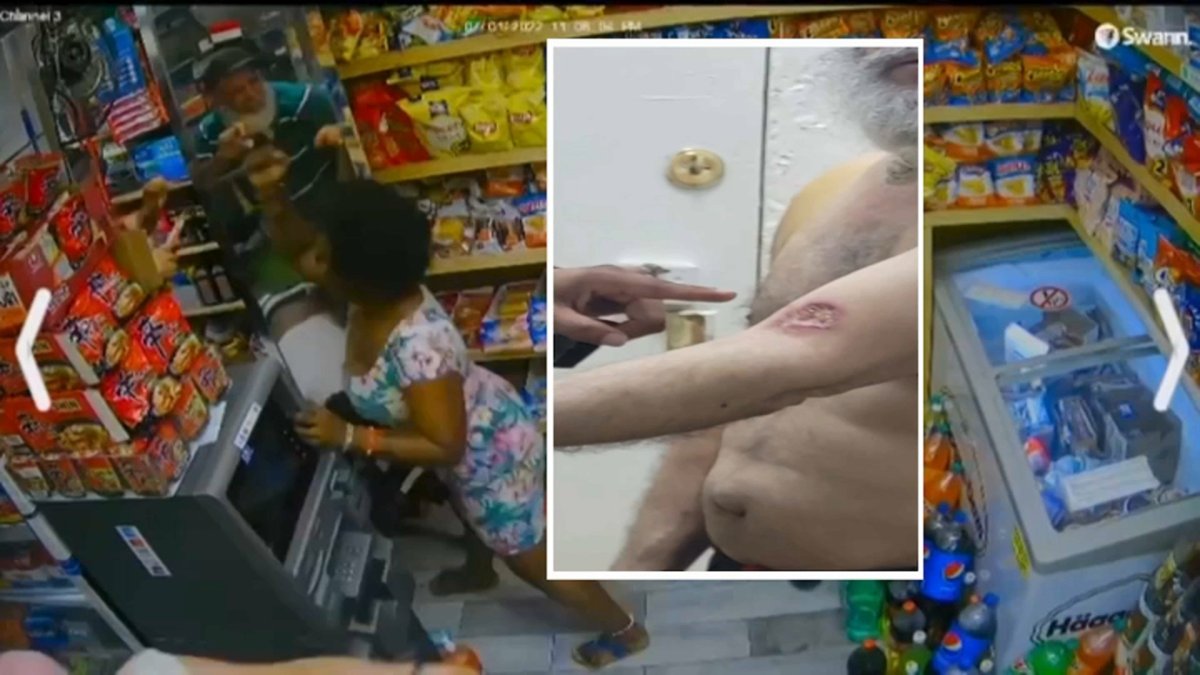 New video from inside a New York City bodega shows the moment a worker was stabbed by the girlfriend of the man police said the clerk had just killed, for which he now faces a murder charge.

Pressure continues to mount on the Manhattan district attorney to drop the murder charge against Jose Alba, the Washington Heights bodega clerk accused of killing Austin Simon, who attacked him behind the counter.

Those pleas will likely only grow louder, as video released on Monday showed what immediately led up to the stabbing that left the 35-year-old Simon dead on July 1. Investigators said there was an argument when Simon’s girlfriend had her card declined as she tried to purchase a bag of chips for her daughter, and Alba took the bag of chips back from the little girl.

That’s when police said the girlfriend came back with Simon, who went behind the counter to corner and confront Alba. After getting shoved into a wall, the deli clerk grabbed a knife and stabbed Simon multiple times, video has shown.

From a new angle of video, Simon’s girlfriend can be seen grabbing Alba’s arm, then taking a knife out from her purse and stabbing him in the upper arm, as Simon collapsed. New photos showed the injuries Alba suffered in the violent altercation.

The girlfriend has not yet been charged.

“Hopefully they’re going to drop this case against Jose Alba, he doesn’t deserve to be charged like that,” said Francisco Marte of the Bodega and Small Business Association of New York.

Those who support the 61-year-old Alba say that the surveillance video showing the shocking incident could help the worker be cleared of charges. Over the weekend, the United Bodegas of America made publicly urged Manhattan District Attorney Alvin Bragg drop all charges against the clerk.

“The Alba family does not have the money for a defense attorney, and it’s a waste of taxpayer dollars to pursue murder charges against a hard working man with no known criminal record. We are hopeful that DA Braggs will listen and understand UBA’s plea to drop all charges,” said Fernando Mateo, spokesperson for UBA.

The group representing bodegas across the five boroughs has already spoken with Bragg, but hope a face-to-face meeting on Tuesday will advance their progress in seeing Alba cleared of all charges.

A spokesperson for Bragg said they can’t comment on the ongoing investigation, but previously said the office was “continuing to review the evidence and the investigation is ongoing.”

Alba is facing murder charges after the deadly stabbing inside Blue Moon Convenience Store on Broadway, near 139th Street. There is growing outrage regarding his arrest, with many left wondering: Was it murder or self-defense?

NYC Mayor Eric Adams, previously said that it appeared Alba was acting in self-defense, saying “it’s time for New Yorkers and Americans to start standing up for people following the law. And that’s what I’m going to do.”

Adams’ words drew praise at the UBA press conference Sunday, where Mateo thanked the mayor for “standing with us.” Marte said that many bodegas and small businesses are on edge and working scared at times.

“Sometimes we’re afraid, because we don’t know if they have a gun,” he said.