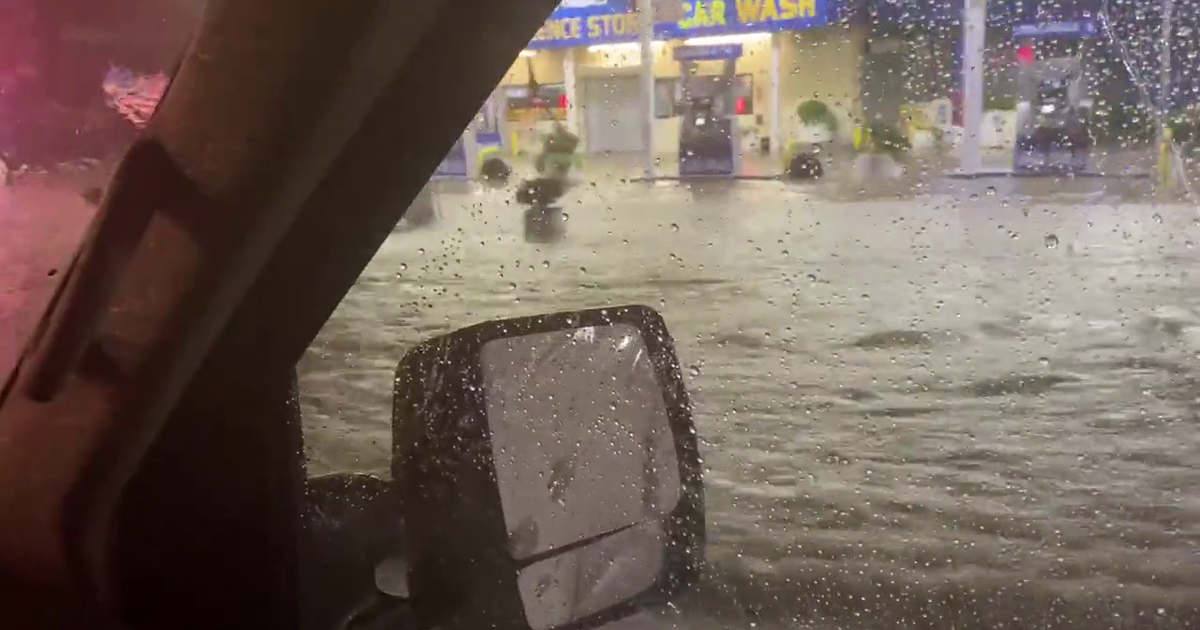 NEW YORK — It has been almost a year since the remnants of Hurricane Ida hit the Tri-State Area. Since then, nearly 5,000 New Yorkers have filed financial claims against the city after their homes were flooded.

But the city has denied them all.

CBS2’s Alice Gainer explains why and got reaction from residents.

FLASHBACK: Queens Families At Odds With President Biden’s Claim That Climate Change Caused Ida Destruction: ‘This Is A Sewage Problem’

“It covered the ceiling up to my first floor, all the way up to my knee,” Hack said Thursday.

“The first floor, we did the flooring. We had to re-do it the bathroom,” Hack said. “We had to put in a new boiler. All the refrigerator was gone, the stove in the kitchen.”

Her family received $10,000 from the Federal Emergency Management Agency and expected help from the city to finish the work. They filed a claim, but on Monday received a letter letting them know it was denied.

“My husband was very upset. We are very upset,” Hack said.

The office of Comptroller Brad Lander said the city of New York is not legally responsible for the damage, stating, “For over a century, courts have held that municipalities across the state of New York, including the City of New York, are not liable for damage from ‘extraordinary and excessive rainfalls.’”

But had the damage been caused by “negligent action or omission on the part of the City of New York, the city may be liable; however, that was not the case here.”

Everyone who filed a claim was denied, and on one street, where a sewer improvement project had been underway during the remnants of Ida, neighbors say the city failed them.

For years, they’ve been the ones watching out for flooding.

“We all had like this kind of like rain unit, like we would all come out and make sure our drainage systems were getting cleaned,” neighbor Sumon Rahman said.

Some have received low-interest disaster loans from the U.S. Small Business Administration in order to make needed repairs.

“Which is gonna be like a second mortgage to my home. It’s not easy. We are seniors,” homeowner Ramrattie Shivprasad said.

Back at Hack’s home, she said they plan to file a lawsuit against the city.

Without it, the rest of the work remains on pause.

“Nearly a year ago, Hurricane Ida brought unprecedented rainfall and inland flooding to New York City, tragically claiming at least 13 lives. The Adams administration is committed to bolstering sewer capacity, and strengthening other resiliency measures to mitigate the effects of future severe weather events. As we continue to rebuild, we will also work with our local, state, and federal partners to assist those affected in getting the resources they need.”

Residents have until the end of November to dispute the rejections and file a lawsuit. FEMA said about half of the 60,000 who applied received some assistance from the agency.

Alice Gainer joined CBS2 as a reporter and anchor in January 2013. She covers breaking, feature and general assignment stories.

Nissan Updates News Archive, Now Goes All The Way Back To 1961