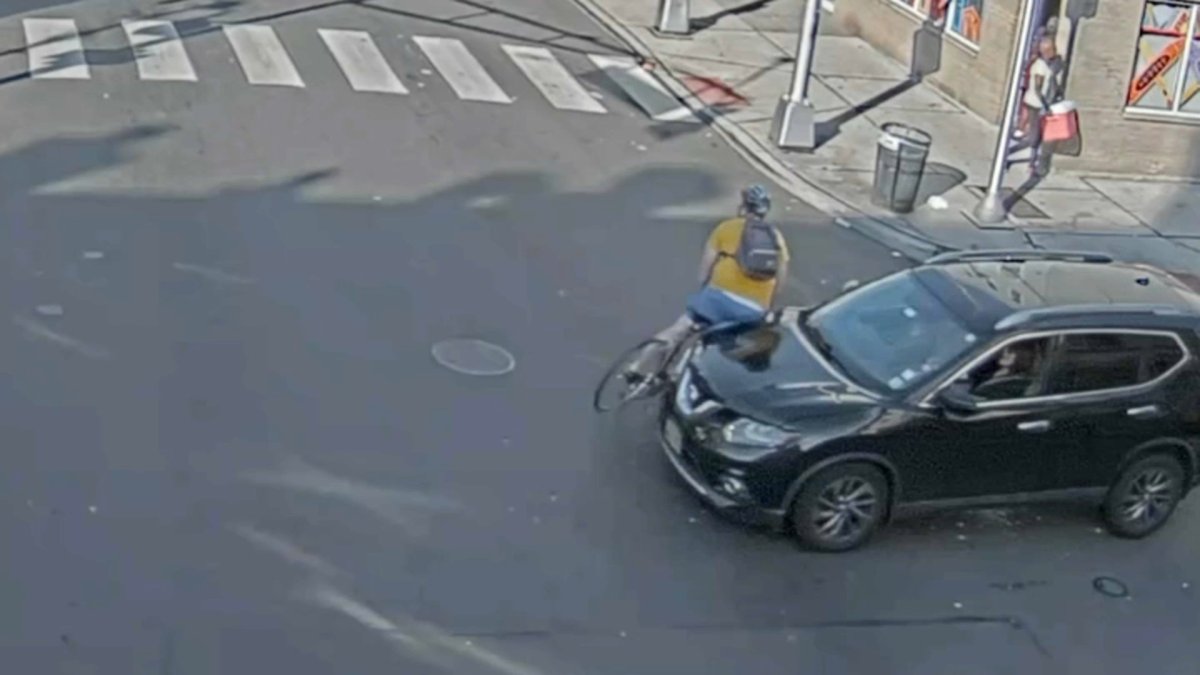 The calls for a sitting New Jersey councilwoman to step down have grown louder as the elected official refuses to resign after she allegedly struck a bicyclist with her SUV but never slowed down to help.

A rally was scheduled for Saturday afternoon in Newark Ave Plaza were organizers planned to call for the resignation of first-term Jersey City Councilwoman Amy DeGise, identified on video going through an intersection on Martin Luther King Drive last week when she struck the bike, sending the rider flying into the street.

The 31-year-old rider, Andrew Black, could be seen falling to the ground, and appeared stunned and shaken as he got back up.

“Someone of prestige would fall to the point where they would ignore the law,” Black said in an interview with HudPost.

At first, Black claimed he had the green light, but officials say he was mistaken. However, it’s not who had the right-of-way in the incident that has people upset — it’s what DeGise did immediately afterward that people said was wrong. The driver, the daughter of longtime Hudson County Executive Tom DeGise, didn’t stop or even slow down to check on the cyclist.

An hour before Saturday’s 2 p.m. rally, a change.org petition calling for DeGise’s resignation had collected nearly 2,500 signatures. Fellow councilmember James Solomon was among the first to sign the online petition.

“The word I use is horrified, that’s how I felt watching the video,” said Solomon. “She’s an elected official and we have to hold ourselves to a higher standard and that’s why I think she should resign.”

In the face of growing outrage, a spokesperson for DeGise said she wouldn’t step down Friday.

“Councilwoman DeGise was elected overwhelmingly just a few months ago and she has no intention of walking away from the commitment she made to serve the people of Jersey City. She will not resign and plans to complete her full term and continue in public service,” the statement read.

The spokesperson added that DeGise wouldn’t offer additional comment while the legal process plays out. She has been charged with failure to report the accident and leaving the scene.

“As she has said previously, she is thankful that no one was seriously injured and she fully intends to speak out more when the legal process is concluded,” the statement continued.

The president of Safe Streets JC, Jimmy Lee, said what happened is criminal and inhumane — but isn’t the first time they’ve seen such things happen recently.

“We experienced two hit and runs back in November and the people in both cases were still alive but later died because they weren’t able to get help in time,” Lee said.

He said that Vision Zero safety efforts have worked to make Jersey City streets safer, but the recent incident is a setback.

Jersey City Mayor Steve Fulop has been quoted as saying the incident was a terrible mistake but stopped short of calling on DeGise to resign. He did not respond to multiple requests for an interview.