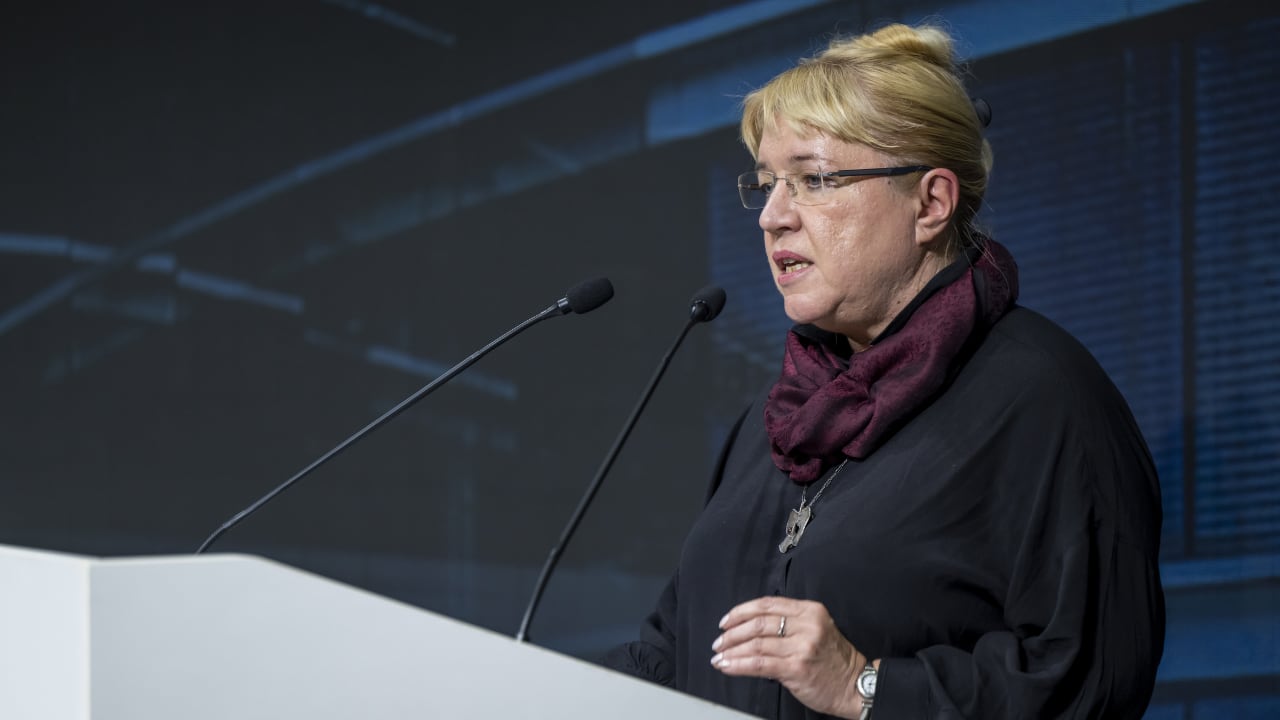 When it became known that the Russian human rights organization Memorial would receive the Nobel Peace Prize, the Kremlin congratulated it in its own way.

Before the Nobel Prize was awarded on December 10, BILD spoke to Memorial boss Elena Zhemkova (61) about the persecution of human rights activists in Russia.

Memorial Kremlin dictator Vladimir Putin (70) and his henchmen have been a thorn in the side for years. Among other things, they were branded as foreign agents, punished, and their organization officially declared dissolved. But that didn’t stop her from continuing to volunteer.

“With the announcement that we were getting the Nobel Prize, the persecution even intensified,” says Elena Zhemkova. “We’re outlaws now. Everyone can do what they want with us.”

The activist continued: “Our employees are threatened and harassed, but nobody cares. The police don’t even investigate. A government representative said that we should not accept the Nobel Prize. This price is said to have been discredited in the meantime anyway and has no value”.

The work of the independent organization has been in demand ever since Russia’s invasion of Ukraine. Thousands of Ukrainians were kidnapped by Putin’s henchmen to Russia. In prisons, convicted murderers are requisitioned to go to war. Contradiction and opposition are not tolerated by the Kremlin and those who think differently are persecuted.

“We alone have received 19,000 complaints from people because they said something against the mission in Ukraine or took to the streets and they are now being investigated because of it. We try to help them in any way we can, including with lawyers,” says Zhemkova. “It was no coincidence that we were disbanded prior to the current events. They wanted to silence us because it was clear that we would be against this aggression in Ukraine. We have been taking a stand against our government’s actions since 2014.”

But despite the war of aggression in Ukraine, which violates international law, and despite the partial mobilization in Russia itself, the majority of the Russian population remains passive and does not demonstrate against Putin.

“Of course, some are scared because of the persecution and don’t dare,” says Zhemkova. “But most Russians are too lazy and deny reality because they want to live their lives the way they did before February 24th. They would, of course, have the opportunity to find out the truth about what is happening in Ukraine, but they don’t want that.”

“Instead, they prefer to turn on their TV, where they are told that Russia is waging a clean war against Nazis in Ukraine and that the whole world is against Russia. And they don’t probe any further, don’t want to leave their comfort zone, but continue to live in this illusion. At some point, like the Germans after 1945, there will be a rude awakening for them,” explains the human rights activist.