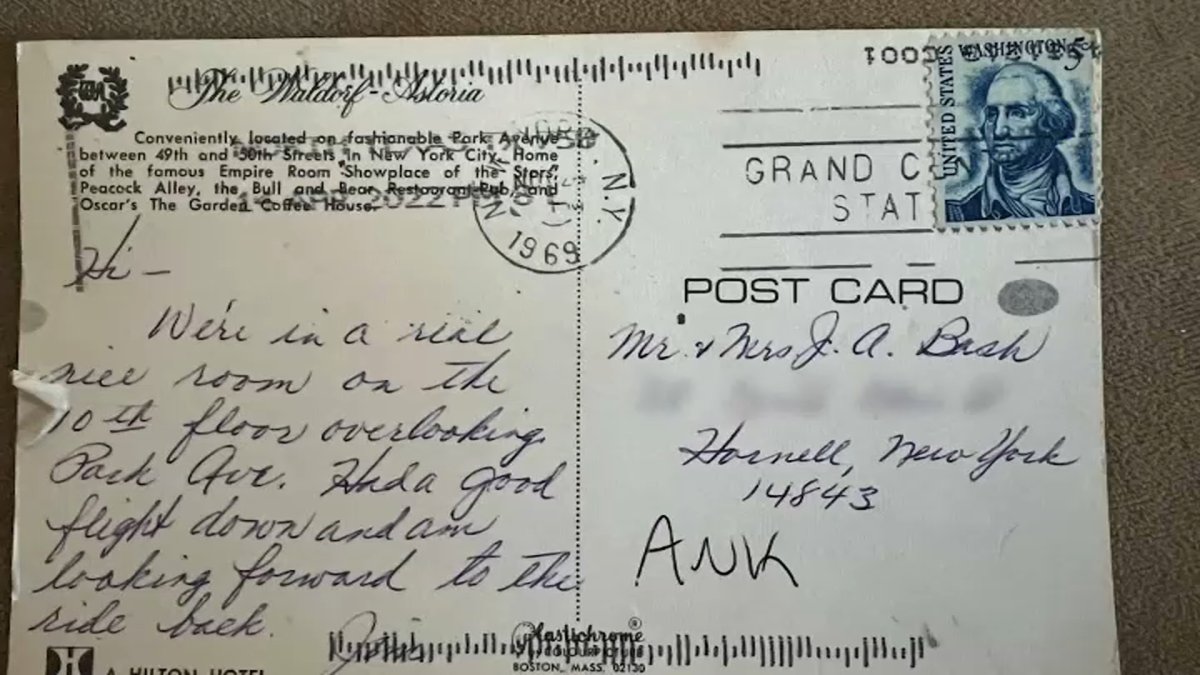 A woman in New York is now receiving mail from the distant past — written by relatives who have since passed away.

Carol Hover, who lives near Rochester, says it started in early April. That’s when she got a postcard written by her mother and dated 1960 — when her parents were on their honeymoon in Canada.

She has now received five pieces of mail, including letters and one postcard sent from New York City by her father in 1969.

There’s no definitive answer as to why the mail was delivered decades late.

USPS says in situations like these, the letters are usually found by someone or bought at a flea market or antique shop, and then deposited in a collection box.