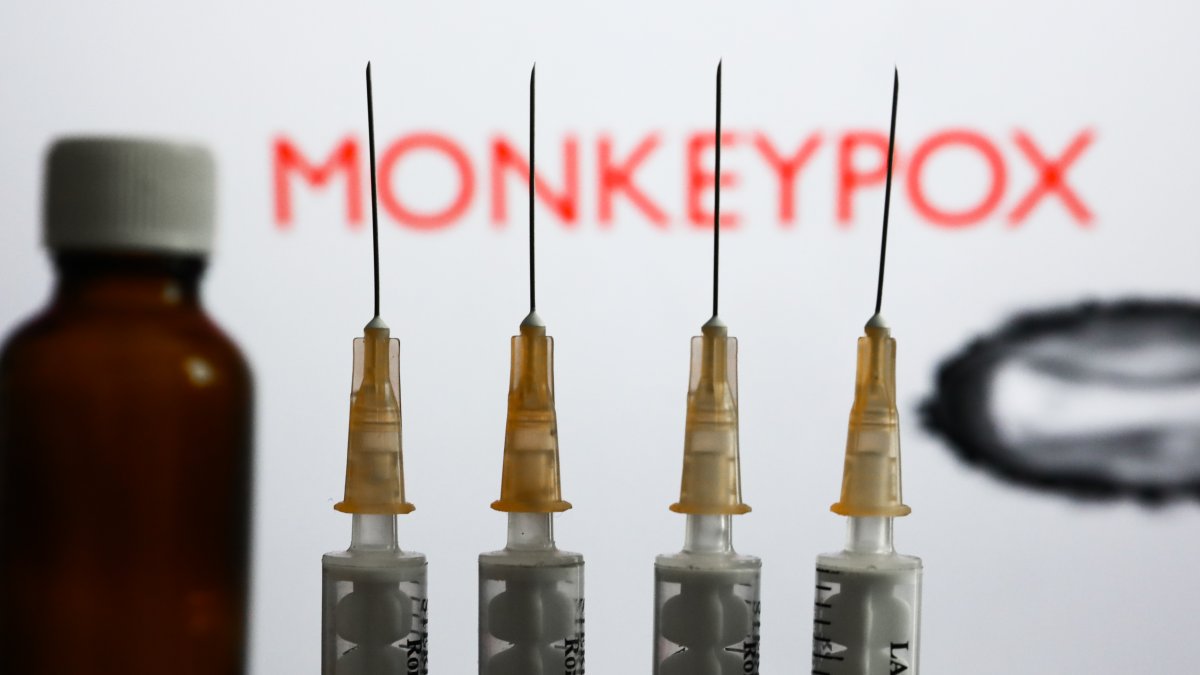 New York City is declaring a public health emergency in response to the monkeypox outbreak, a step that officials say will unlock additional tools to help slow the spread in the city that’s become the epicenter of another health crisis.

“Today, we are declaring monkeypox a public health emergency in New York City,” Adams and Vasan said. “This declaration, which is effective immediately, will allow DOHMH to issue emergency commissioner’s orders under the New York City Health Code and amend provisions of the Health Code to provide for measures to help slow the spread.”

Late Friday night, Hochul issued an executive order declaring a state disaster emergency in response to the outbreak. In addition to allowing the state to act more swiftly in getting the necessary supplies, it also allows health car professional to take more steps that will get more New Yorkers vaccinated.

“After reviewing the latest data on the monkeypox outbreak in New York State, I am declaring a State Disaster Emergency to strengthen our aggressive ongoing efforts to confront this outbreak,” Hochul said. “More than one in four monkeypox cases in this country are in New York State, and we need to utilize every tool in our arsenal as we respond. It’s especially important to recognize the ways in which this outbreak is currently having a disproportionate impact on certain at-risk groups.”

More health care professionals will now be able to administer the monkeypox vaccines, according to the state, as EMS, pharmacists and midwives will be able to give out doses. Health care providers will also now send vaccine data to the state health department, as the emergency declaration should cut some of the red tape and speed up re-supplying efforts.

The emergency declaration comes as the state has 1,383 cases as of Friday, according to the New York State Department of Health. The vast majority of those cases can be found in New York City — with at least 1,289 cases, up a few dozen cases after the previous days’ report ballooned nearly 200 from two earlier. That total, widely believed to be significantly underreported, still accounts for a quarter of the burgeoning national caseload.

“My team and I are working around the clock to secure more vaccines, expand testing capacity and responsibly educate the public on how to stay safe during this outbreak,” Hochul said.

A new breakdown of the suspected positives reflect a lion’s share of the cases are in people living in Manhattan, where just over 50% of cases have been discovered.

Given the dramatically high number of cases found in the five boroughs, it was expected that NYC would soon declare a state of emergency for itself, as the city accounts for more than a quarter of all monkeypox cases nationwide.

Questioned Friday morning during an unrelated media briefing, Mayor Eric Adams said the city’s health commissioner was making a determination whether the city should declare such an emergency that would free up additional resources in the city’s overall response. Adams also downplayed reports that one top scientist got kicked to another department in a dispute over messaging.

“About the personnel that was transferred, we don’t about it, but we do it in a fair way,” the mayor said.

Such a declaration had plenty of support from local politicians, including a number of Manhattan representatives who expressed concern over further spread of the virus once the city’s 1 million college students resume instruction next month. They applauded Thursday’s imminent threat declaration by the state health commissioner to open funding opportunities for local governments, but said the move was insufficient.

U.S. Sen. Chuck Schumer announced Thursday that 80,000-plus monkeypox vaccine doses, or more than 10%, of 786,000 additional vials from the federal stockpile will go to the five boroughs. New York state will get another 30,000, Schumer said.

The doses are allocated based on case burden and high-risk population, according to the senator, so the heavily weighted allocation for New York comes as no surprise.

Thousands of vaccine appointments are continuously being scooped up within a half-hour of opening, and the state has warned New Yorkers in recent allocation rounds that they may be insufficient to cover everyone eligible who wants one.

While Hochul cheered the additional vaccine doses coming to her state, she added that the vaccines “will be delivered over the next four to six weeks” throughout the state.

Also on Thursday, New York State Health Commissioner Dr. Mary Bassett declared monkeypox an imminent threat to public heath, which will allow local health departments will have access to reimbursement from the state after other federal and state funds get depleted.

As for surrounding states, New Jersey Gov. Phil Murphy wrote a letter to the federal government earlier in the week asking for more vaccine doses, pleading that his state had not been giving its fair share. He also announced two new vaccine sites in Bergen and Camden counties.

Meanwhile in Connecticut, Gov. Ned Lamont said he’s confident the virus can still be contained — especially compared to COVID — if states get the resources they need.

“When New York City sneezes Connecticut catches a cold,” he said. “I believe this will be a narrower population much less likely to be transmitted broadly but be careful.”

As of Thursday, the CDC reports 4,639 confirmed monkeypox or orthopox virus (the same family) cases across the United States. Alaska, Vermont, Wyoming and Montana are the only four states without a confirmed case, though that doesn’t mean monkeypox isn’t already spreading in those areas.

The New York State Department of Health listed steps people should take in order to help prevent the spread of monkeypox:

• Ask sexual partners whether they have a rash or other symptoms consistent with monkeypox.
• Avoid skin-to-skin contact with someone who has a rash or other monkeypox-related symptoms.
• Contact a healthcare provider following exposure or symptoms, and check with your local county health department about vaccine eligibility.
• New Yorkers who receive the JYNNEOS vaccine should receive both doses, given four-weeks apart, and stay vigilant until fully vaccinated, two weeks following the second dose.
• If you or your healthcare provider suspect you may have monkeypox, isolate at home. If you can, stay in a separate area from other family members and pets.
• Follow reputable sources of health information, including NYSDOH, CDC, and your local county health department.