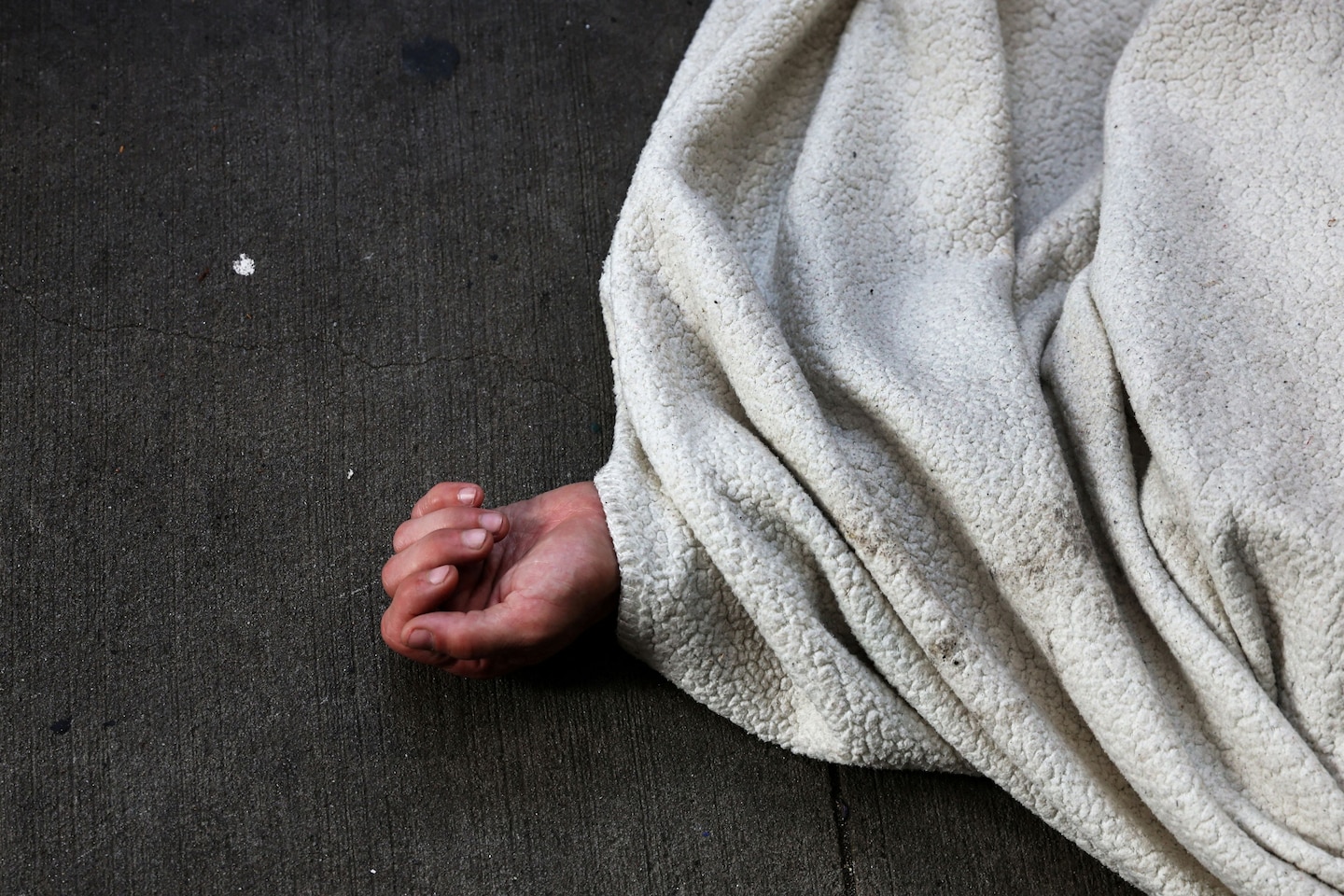 New York City will remove more mentally ill people from its streets and subway system, Mayor Eric Adams (D) announced Tuesday, directing the authorities to commit people involuntarily if they are thought to be a harm to themselves, not just to others.

The directive clarifies a “gray area where policy, law and accountability have not been clear,” Adams said in a public address. Under the directive, outreach workers and police officers are encouraged to intervene when someone is thought to be so mentally ill that it prevents them from “meeting their basic human needs, causing them to be a danger to themselves,” he said.

Measures will be taken to commit people involuntarily, “even if they are not an imminent threat to the public,” he said, adding that “a common misunderstanding persists” that such action could only be taken if the person is violent, suicidal or presents an imminent risk to the public.

“We need to change that culture and clarify our expectations,” he said. “No more walking by or looking away.”

But the announcement — framed by Adams as a “focus on action, care and compassion” — faced immediate criticism over whether it was practical, appropriate or legally permissible.

Adams is “playing fast and loose with the legal rights of New Yorkers and is not dedicating the resources necessary to address the mental health crises that affect our communities,” Donna Lieberman, executive director of the New York Civil Liberties Union, said in a statement.

“The federal and state constitutions impose strict limits on the government’s ability to detain people experiencing mental illness — limits that the Mayor’s proposed expansion is likely to violate,” she said. “Forcing people into treatment is a failed strategy for connecting people to long-term treatment and care.”

“What happens when someone refuses hospitalization? This seems like it boils down to letting the NYPD hospitalize people by force,” tweeted Housing Works, a nonprofit organization in New York City that works to combat AIDS and homelessness.

In response to a request for comment on the criticism and legal questions, Kate Smart, a spokeswoman for the mayor, referred The Washington Post to the mayor’s earlier remarks.

Brendan McGuire, chief counsel to the mayor, said the state mental hygiene law had provisions that allowed for people to be involuntarily committed to an institution if they were determined to meet certain criteria after diagnosis by a doctor. “They do not need to consent” to the treatment or diagnosis, he said.

Elyn Saks, a professor of law, psychology and psychiatry at the University of Southern California, said the directive was probably legal, noting that the 1975 Supreme Court ruling in O’Connor v. Donaldson found that it was illegal to confine someone against their will if they could safely live on their own.

Under the New York directive, if homelessness is used as the standard for danger posed to the person, “it would fly constitutionally,” Saks said in a phone interview, though she added that its legality did not necessarily mean “that it’s desirable or a good thing.”

Saks, who has written about her own experience being involuntarily committed, said the focus should be on finding ways to get people to seek or agree to help on their own, which she said was “a more sustainable solution.”

David Cohen, a professor at the University of California at Los Angeles, whose research focuses on controlled substances and mental health, said that although the New York City directive “evokes self-harm or grave disability,” which have been established as legally permissible under recent U.S. precedence, it “neglects imminence or immediacy.”

“If you’ve been living on the street for weeks, it’s unlikely that you’re also at risk of imminently hurting yourself seriously. Therefore commitments in this case might be scrutinized, and legally challenged,” he said in an email. “But almost every state’s commitment statutes are elastic enough to permit involuntary holds that could legally stretch into weeks.”

Tiffany Cabán, a New York City Council member, said in response to Adams’s announcement that “consent is key & health infrastructure is necessary,” writing on Twitter that the new directive was “deeply problematic.”

“Often the wrong responder & response is what creates a deadly situation, not the mental health crisis itself,” she wrote.

The directive notes that “case law does not provide extensive guidance regarding removals for mental health evaluations based on short interactions in the field.” It advises that situations involving “serious untreated physical injury, unawareness or delusional misapprehension of surroundings, or unawareness or delusional misapprehension of physical condition or health,” could be “reasonable” signs that someone was putting themselves in danger due to mental illness.

Adams suggested in his remarks that police officers who were doubtful whether they had the authority to commit someone involuntarily in a certain situation could call a hotline or video chat with a professional “to get an expert opinion on what options may be available.”

Asked by a reporter at a news conference following the announcement whether the city had enough resources at its disposal to handle an influx of patients, Adams said there were 50 empty beds and that Gov. Kathy Hochul (D) had allotted 50 more. He had said in his earlier remarks that there were “hundreds” of New York City residents “in urgent need of treatment.”