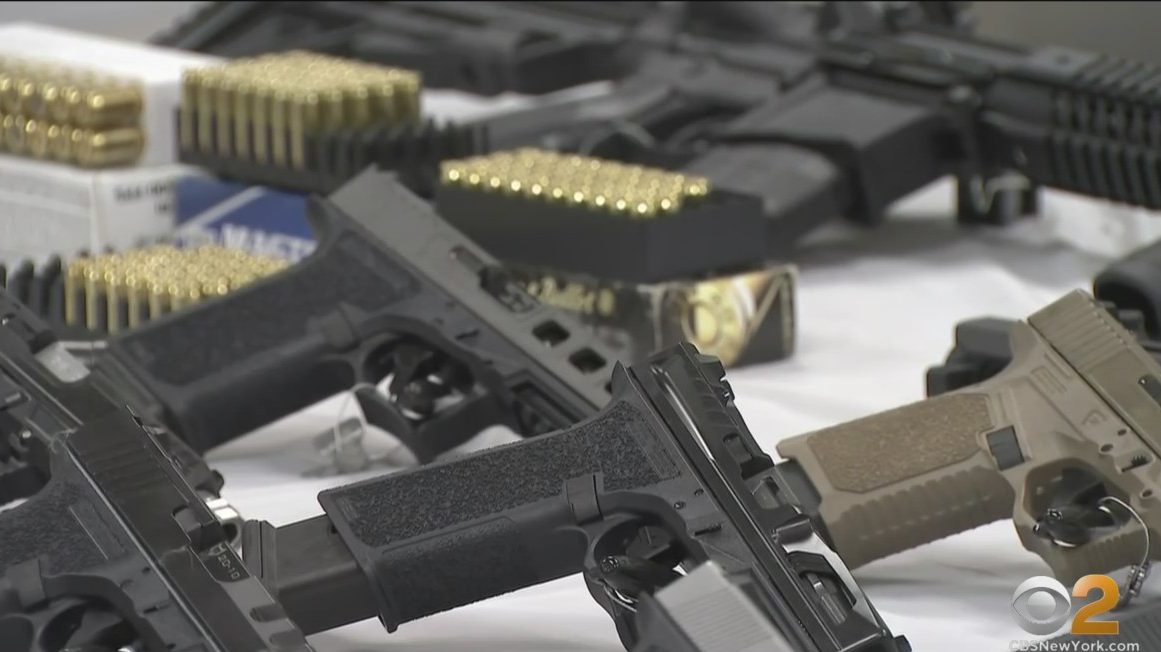 The guns are homemade firearms assembled with parts bought online. They do not have serial numbers and are untraceable.

Twenty-five ghost guns — including semi-automatic pistols, assault weapons and a semi-automatic shotgun — were recovered with large-capacity magazines and ammunition inside a bedroom at an apartment in Fresh Meadows, Queens.

“You have no idea where they are being built and that’s what makes them all the more dangerous and, by the way, difficult to find,” said Katz.

Neighbors said they had no idea.

“Just some yelling and I thought somebody was having an argument,” said a neighbor who heard the commotion.

Chaz McMillan, 20, was arrested. McMillan does not have a license to possess or own firearms in New York City. He has no prior criminal record, police said.

“Investigators were conducting an ongoing surveillance of the defendant, who has allegedly been buying firearm parts online,” said Katz.

No one answered the door to the apartment when Gainer knocked. But someone did answer via the building’s intercom.

This marked the fifth ghost gun bust in Queens since August.

“In New York City, we are starting to see these guns show up more and more in crime scenes,” said NYPD Chief of Intelligence Thomas Galati.

“These individuals buy the parts, they put them together and then they sell them or they use them in violent crimes, and they are almost impossible to trace,” said Katz.

McMillan faces various weapons charges and possession of a controlled substance. He faces up to 25 years in prison if convicted.

Trafficking in girls in Germany: Father sells daughter (16) to clan for 85,000 euros