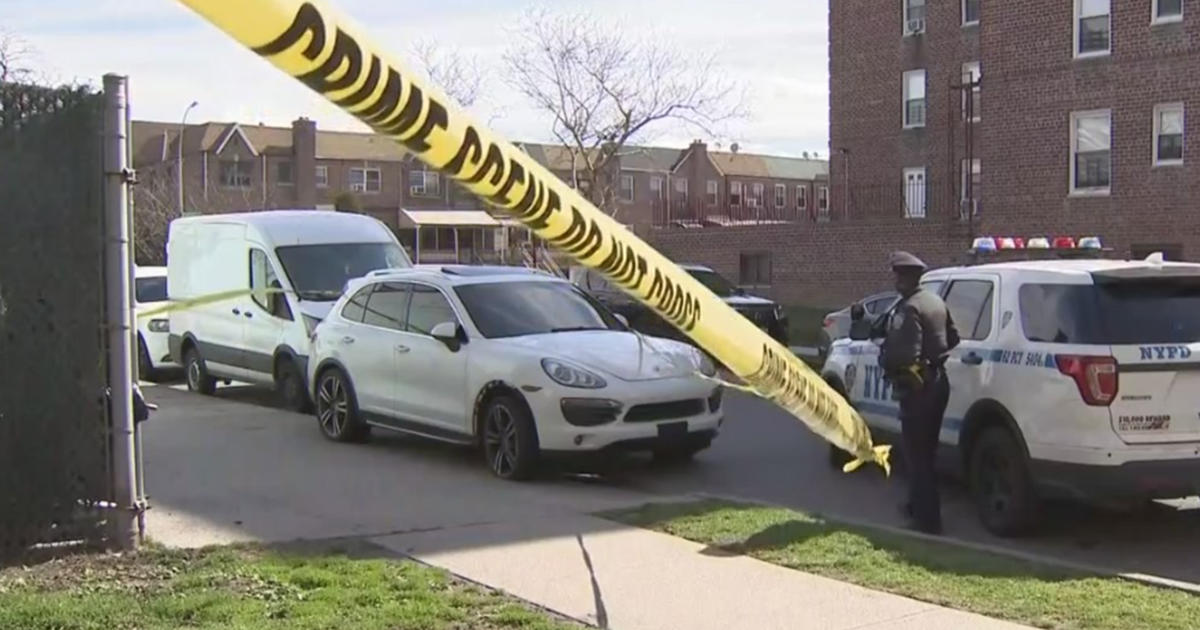 NEW YORK — NYPD officers opened fire on a car on the Belt Parkway on Sunday morning after police say it sped in their direction.

Security video shows a white Porsche pull into a parking spot near Bay 25th Street and Cropsey Avenue in Brooklyn around 7:30 a.m. The next thing you see is a person running from the area.

It all started around 6:40 a.m. on Knapp Street in the Homecrest neighborhood. The NYPD says a 911 call came in for a larceny from a vehicle.

The NYPD says officers tried to stop a white Porsche that matched the description of the car in question, but the driver refused to stop. We’re told the driver fled toward the Belt Parkway, causing police to shut down all westbound lanes at Cropsey Avenue in Brooklyn.

The NYPD says officers got out of their car on the Belt to approach the Porsche.

Police say the car accelerated toward the officers, so one of them shot at it, possibly hitting a tire. The suspect drove off, striking other stopped cars.

We’re told nobody was hurt.

That brings us back to the surveillance video in the Bath Beach neighborhood. It’s about a mile and a half from the Belt.

Officers appear on screen spotting the Porsche about five minutes after a person takes off. Police say the car was unoccupied.

Prigido was surprised this happened in his neighborhood.

The car was towed Sunday afternoon. No arrests have been made yet in this ongoing investigation.