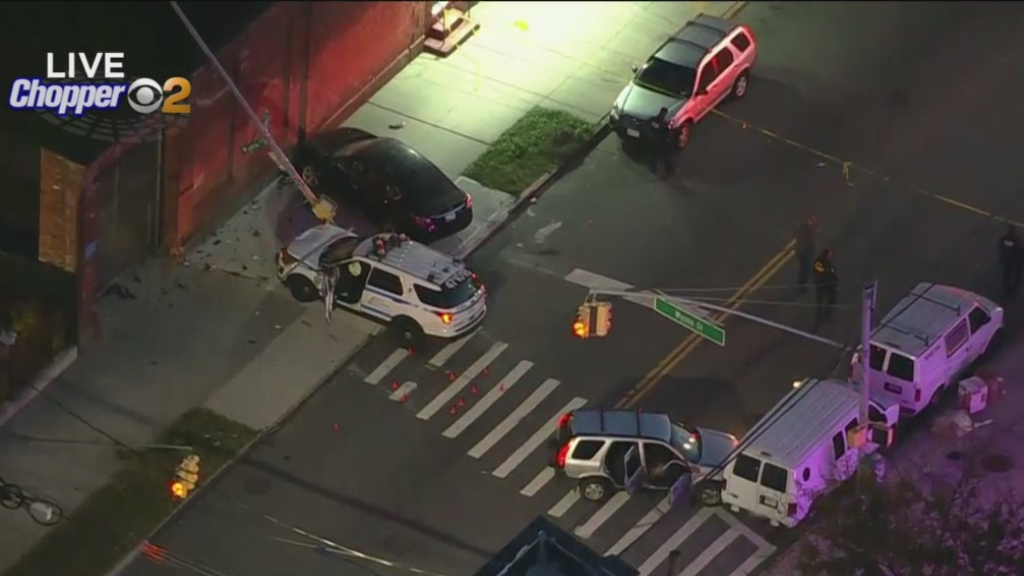 NEW YORK (CBSNewYork) — Shots were fired as police tried to stop a vehicle that was driving erratically early Wednesday morning in Brooklyn.

The incident started around 4:15 a.m. near Jamaica Avenue and Jackie Robinson Parkway.

About 45 minutes later, another set of officers found the vehicle and tried to pull it over.

Police said the driver suddenly hit the brakes, and the officers rear-ended the vehicle. The suspect then allegedly tried to drive off, nearly hitting the officers.

READ MORE: Eric Adams Tells New Yorkers ‘I Am You,’ Calls For Unity As He Celebrates Mayoral Win

One officer opened fire, but did not hit anyone.

Two officers were taken to the hospital with minor injuries.

The search continues for the suspects.