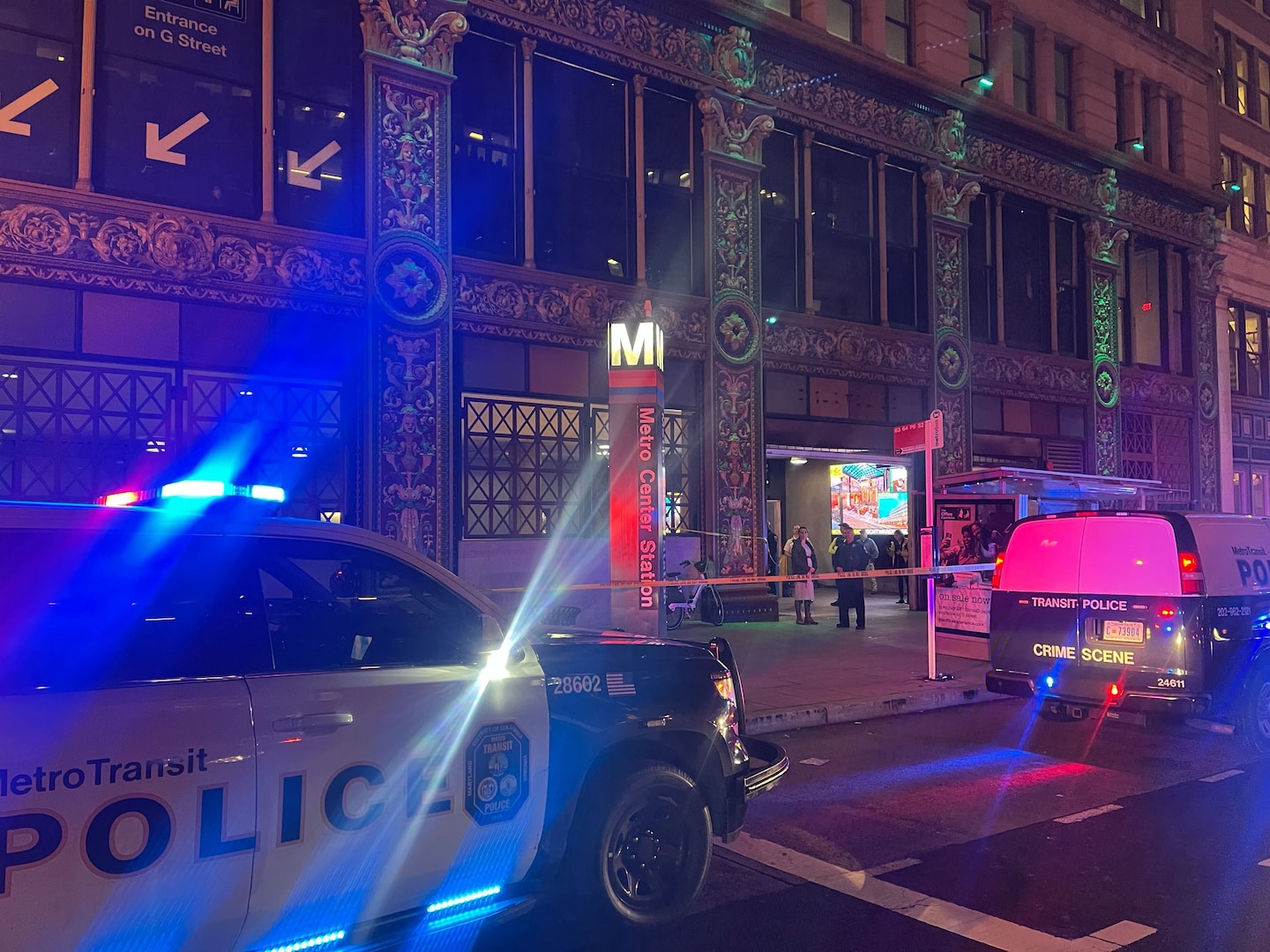 The incident occurred about 6:30 p.m. during the typically busy commute, prompting delays and brief panic. Passengers in the station ducked or hit the ground after hearing gunshots, and they said that a train sped through, apparently to avoid danger.

D.C. Executive Assistant Chief of Police Ashan M. Benedict said the person who was shot assaulted the agent, and the two got into an altercation. He said one grabbed the other, and they tumbled over a wall that runs along the edge of the platform, away from the tracks. They fell about eight feet, he said.

Benedict said the agent fired his gun at some point during the struggle. The assistant chief did not answer whether the man who was shot had a weapon, but he noted that investigators were still processing the scene as of 8:15 p.m. and had not recovered another firearm.

Police said the agent, who was not identified but who Benedict described as being a “veteran,” suffered minor injuries. The identity of the man who was killed also was not immediately made public.

The FBI issued a statement saying that it “takes any shooting incident involving our agents or task force members seriously.” D.C. police are investigating to determine whether the shooting is justified by law; the FBI said its inspection division also is reviewing the circumstances of the shooting.

Metro briefly stopped service on the Red Line, and it ultimately shut down the station and directed commuters to other nearby stops.

Megan Gamble was on a Red Line train when it pulled into Metro Center to the sound of gunshots. She posted on Twitter that “everyone on the train hit the ground,” adding, “the train didn’t stop, went on through.”

Gamble said in a message to The Washington Post that she had just boarded the train at Farragut North, on her way to an event for the D.C. Abortion Fund. She said the gunfire rang out as the train slowed and entered the Metro Center station.

Angelic Young, 46, of Silver Spring, Md., was standing on the platform as the train whooshed by. She said she had headphones on and didn’t realize what had happened until people began shoving and pushing to get to an exit.

She said in a message to The Post that she joined others taking cover behind escalators, which also were packed with people. She said she “stayed there for cover” until she heard an announcement to exit the station.

Meanwhile, Gamble, 39, who lives in the District’s Dupont Circle neighborhood, said the train sped to the next station. She stayed on until it reached her stop on Rhode Island Avenue NE.

Metro General Manager Randy Clarke has said transit police have beefed up patrols at stations this fall in response to violence occurring on trains, stations or buses. The police force also has dispatched teams of officers throughout the system to enforce fare evasion, which proliferated during the pandemic.

Wednesday’s shooting comes days after an FBI agent was acquitted of attempted second-degree murder in the shooting of a man aboard a moving Metro train in December 2020.

Authorities said the agent was approached by a man who was panhandling and got into a verbal altercation with him. The agent said he fired his gun to defend himself after the man made threats and appeared to take an aggressive posture.

A prosecutor said the agent had “no business firing a gun.”

This developing story has been updated.