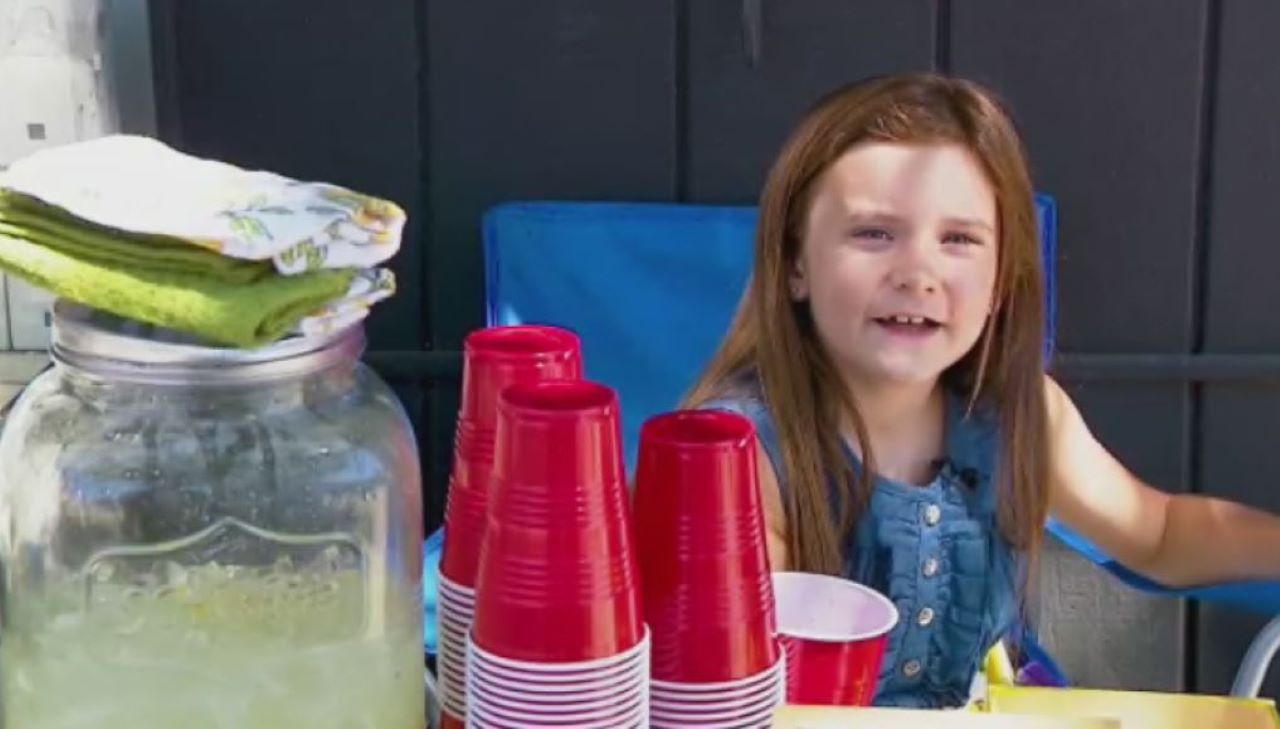 An 8-year-old girl selling lemonade near an Ohio food festival had her operation shut down by local police after they received a complaint.

Asa Baker was selling lemonade in an alley outside the business where her father works near the Alliance, Ohio Rib and Food Festival last weekend when she says a local police officer asked her to shut down the stand, WJW-TV reported.

“Well, they were really sad that they had to shut me down but they gave me $20 to try and pay for it,” Baker said, explaining that the officer gave her $20 for her to use to purchase the needed permit.

Alliance Police Lieutenant Don Wensel told WJW–TV that police received a complaint from festival organizers who seemed to be conflicted about voicing their concerns but ultimately officers are required to enforce local ordinances.

8-year-old Asa Baker was told by Alliance, Ohio police she had to shut down her lemonade stand
(WJW-TV)

“I could definitely tell he did not want to shut her down, but, I mean, you get a call, he has to do it. He definitely did the right thing, you know, in the situation he was put in,” Katrina Moore, Asa’s mother, told the outlet.

Wensel said that while police are not targeting children selling lemonade, the city ordinance in Alliance states that vendors must obtain licenses before selling products to the public which prompted this “unusual circumstance.”

SCHOOL SUPPLIES DON’T HAVE TO COST A FORTUNE: OHIO CONSIGNMENT SHOP OWNER HAS A GREAT PLAN

“In order to get a food vendors license, it only lasts for five days and its $40 for five days so that’s kind of out of the picture. If she wants to sell on the street, she has to get a street permit. If she sells in front of a business, we have to get a solicitors permit,” Moore said.

Baker’s lemonade stand was up and running again on Friday in front of local business owner Eric Strata’s location where police said they would not interfere.  Strata had seen a Facebook post about Baker’s predicament and offered to help with the permit process.

“He (the officer) had to do his job, but it just felt so unjust to me because she’s 8, she’s just an innocent little girl that wants to be motivated and wants to do something with herself. Why shut that down?” Strata said.

Numerous people have stopped by the lemonade stand since the initial incident and Baker has raked in hundreds of dollars, WJW-TV reported.

“I understand the rules, I understand why she got shut down. It’s just a sad, sad situation,” Moore said.

The Alliance Police Department and festival organizers did not immediately respond to a request for comment from Fox News Digital.

Andrew Mark Miller is a writer at Fox News. Find him on Twitter @andymarkmiller and email tips to [email protected]