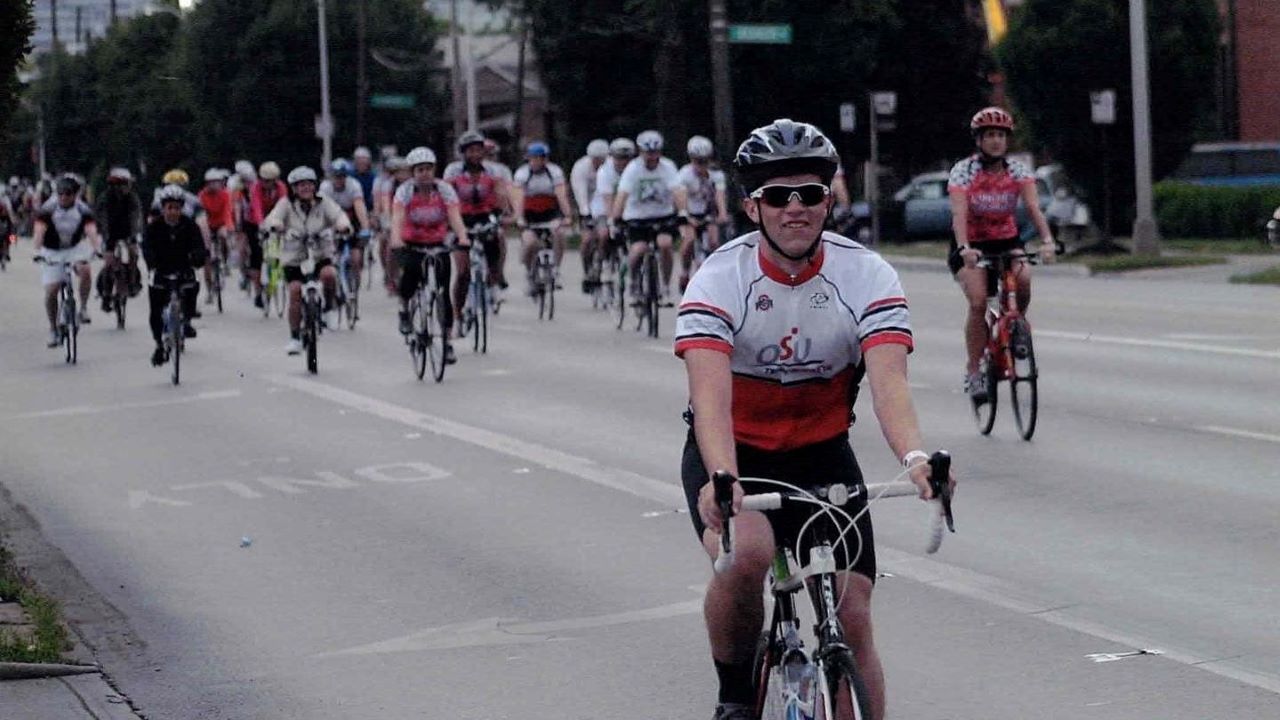 A medical student at Ohio State University died suddenly on Saturday during an annual bike-a-thon for cancer research.

Mason Fisher, 27, was at the 100-mile mark of his 102-mile ride when he passed away due to a medical issue in Columbus.

Fisher’s family told the Columbus Dispatch that he had a “heart-related issue” towards the end of the Pelotonia ride.

Medical student Mason Fisher was riding in a 102-mile bike rider for cancer research when he suddenly passed away due to a medical emergency.
(Mason Fisher via Pelotonia.org)

Pelotonia is a three-day annual ride to fundraise for cancer research. Over the last 10 years, the organization – which is affiliated with Ohio State’s cancer research center – has raised over $170 million.

Fisher wrote a lengthy Facebook post in June about how passionate he was about the race. This year’s ride was his third Pelotonia ride, but his first since 2014.

“I’m excited to ride 102 miles for such a great cause and to help raise money and bring awareness to Pelotonia,” Fisher wrote.

Mason Fisher was a medical student at Ohio State when he suddenly died during a charity bike-a-thon.
(AP Photo/Angie Wang, File)

“Over the past few years, I’ve seen how cancer diagnoses have affected my family and friends,” Fisher continued. “It makes it THAT much more important for me to do my small part.”

Fisher also had Li-Fraumeni syndrome – a rare syndrome that makes cancer more likely. His mother is a cancer survivor as well.

Fisher’s Pelotonia fundraising page indicates that he was also riding in memory of his friend Henry, who had died of colorectal cancer in 2021.

The medical student’s tragic death has led to an outpouring of grief from the Ohio State community.

“We extend our deepest sympathies to his family and friends,” Pelotonia wrote on Twitter.

“The death of a student impacts the entire Buckeye Family and I know that all of us send our deepest expressions of sympathy to his parents, family, and friends,” Johnson said.