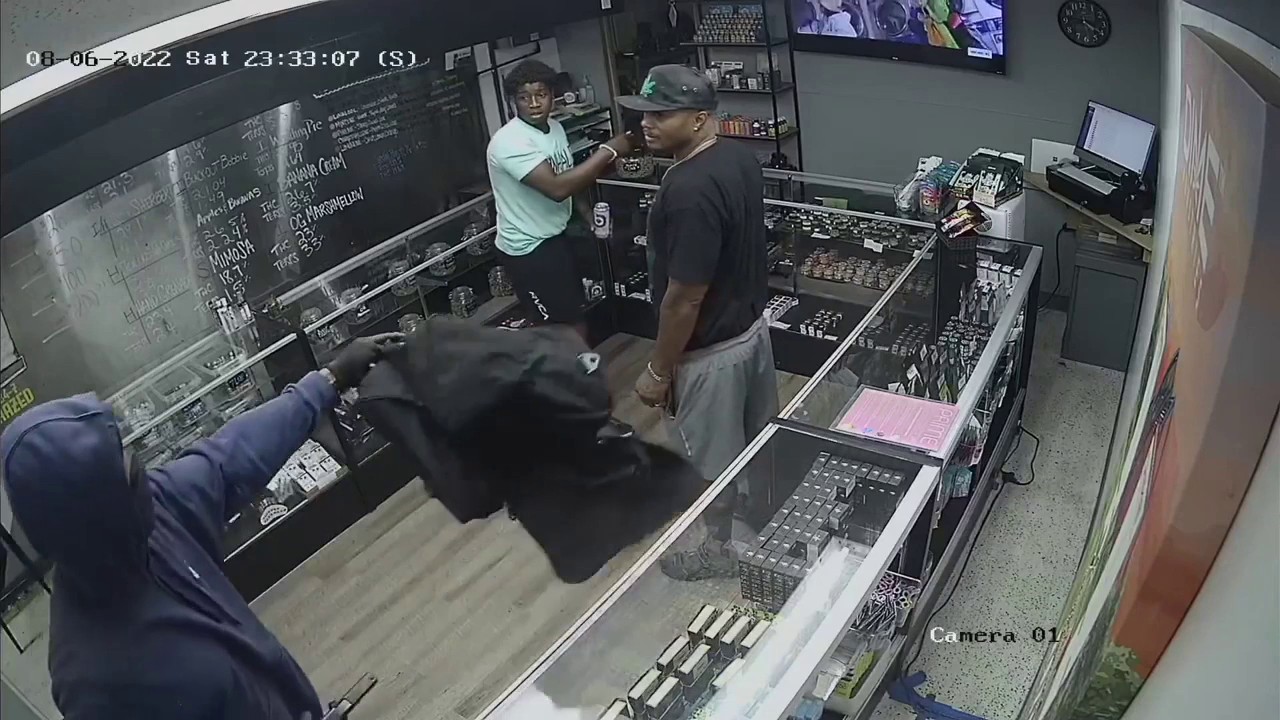 Oklahoma police released a security video of an armed robbery that happened at a marijuana dispensary.

According to police, the suspect stole cash and some medical marijuana from the store, but no one was injured in the incident.

“Hurry up, get the weed and money,” the suspect can be heard saying in the video.

Oklahoma police released a security video of an armed robbery that happened at a weed dispensary.
(Enid Police Department)

The suspect was armed with a black pistol at the time of the incident.

Police are describing the suspect as a light-skinned black male who has a high-pitched voice and was seen fleeing northbound after the incident.