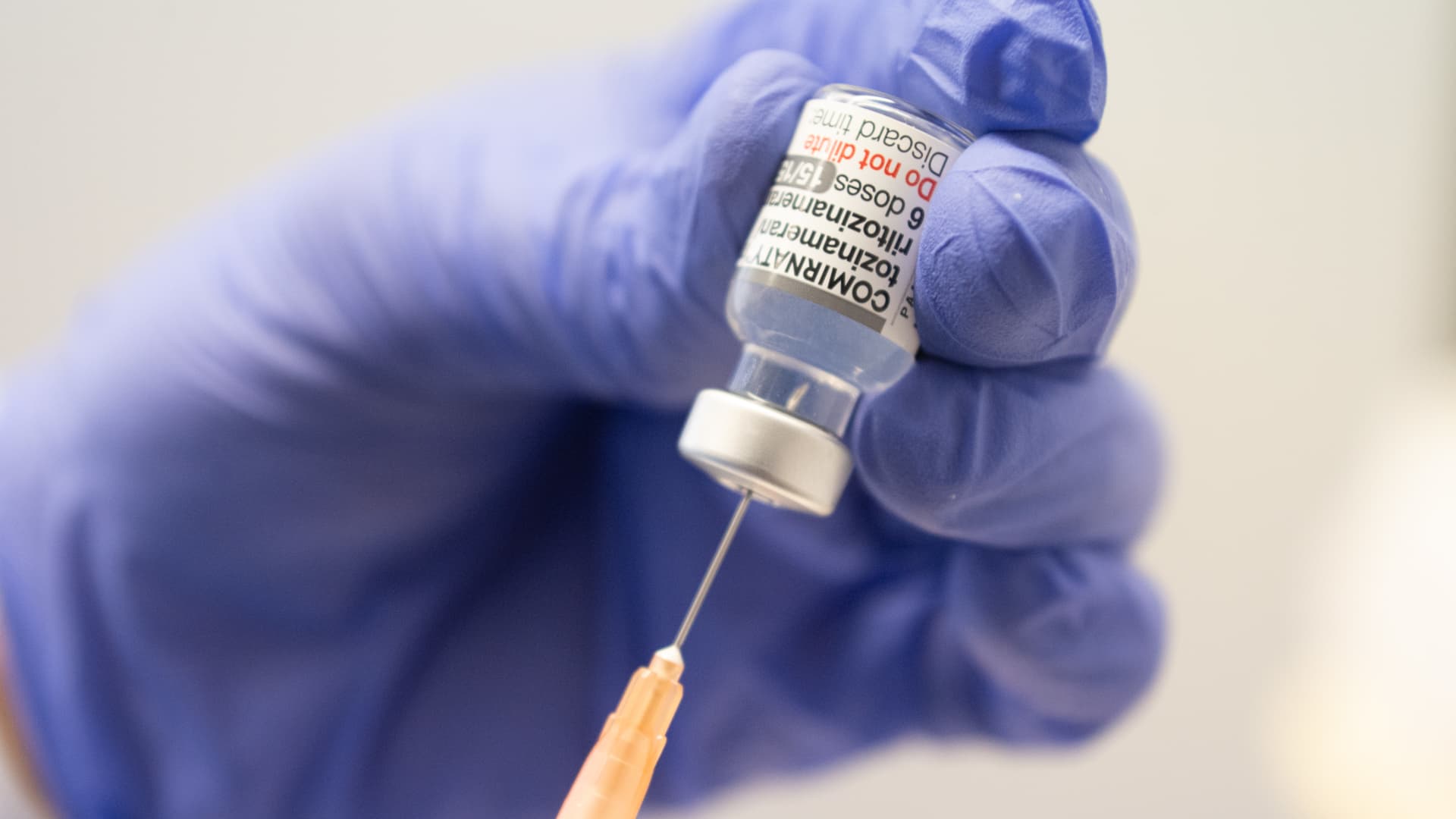 A staff member draws up a syringe with the Comirnaty vaccine from Biontech and Pfizer adapted to the Omicron-BA.1 variant at the Mainz vaccination center.

Covid shots designed to protect against the omicron variant trigger a weaker immune response against the rapidly emerging BQ.1.1 subvariant than the previously dominant strain, according to a new lab study.

Scientists at the University of Texas Medical Branch, in a study published online Tuesday in Nature Medicine, found that the booster shots performed well against the BA.5 subvariant they were designed to target.

But the boosters did not trigger a robust response when faced with BQ.1.1, the scientists found. Antibodies were about four times lower against BQ.1.1 compared to BA.5. These neutralizing antibodies prevent the virus that causes Covid-19 from invading human cells.

About 42% of adults in the U.S. have a prior history of infection, according to study published by the Centers for Disease Control and Prevention last week. The results were based on adult blood samples collected from from August 2021 through May 2022.

Omicron BQ.1.1 subvariant appears on track to become the dominant variant in the U.S. It currently makes up about 32% of infections in the U.S., according to CDC surveillance data. Omicron BA.5, on the other hand, now represents about 14% of new infections.

“So, you could expect some protection, but not the optimal protection,” Fauci told reporters at a White House press briefing before the Thanksgiving holiday.