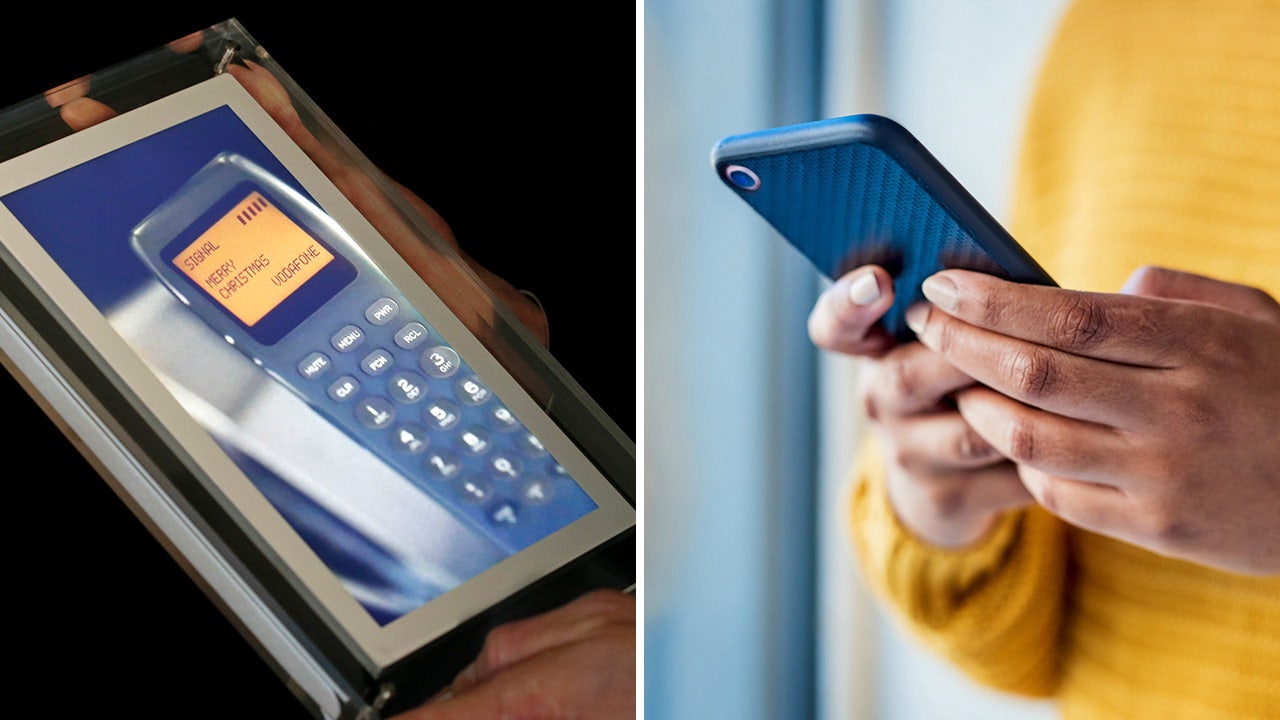 The simple act of typing on a keyboard (no matter how small that keyboard may be) and hitting “send” is now second nature in the 21st century,

But once upon a time, it was just a novel idea.

On this day in history, Dec. 3, 1992, the first text message was sent in the United Kingdom.

Neil Papworth was a 22-year-old engineer from Reading, U.K., who grew up studying computing.

The screen shows the first ever SMS in the world — sent on Dec. 3, 1992, to Richard Jarvis, one of the executives of British telecommunications operator Vodafone.
(Chesnot/Getty Images)

After working to develop a movable vehicle satellite antenna, he moved to work for Sema Group Telecoms in 1991, according to his website.

He was part of a team that was developing a short message service for its customer Vodafone U.K.

The company sent Papworth on a site visit to attempt the paging service.

“[I] was chosen to go to their site to install, integrate and test the software, and get it all working,” he said in a website statement.

ON THIS DAY IN HISTORY, OCT. 24, 1861, TRANSCONTINENTAL TELEGRAPH COMPLETED, CONNECTING COASTS FOR THE FIRST TIME

At the time, handheld devices did not have a keyboard, nor the ability for a user to send written messages through the device.

The coding took a long time to create and Papworth was the man who got to press “send” — forever impacting how people communicate.
(Chesnot/Getty Images)

Because of this, Papworth used a computer to type out the first message: “Merry Christmas.”

“I typed the message on a computer keyboard and sent it to an Orbitel 901 handset. Those things were enormous,” he said in a statement.

ON THIS DAY IN HISTORY, NOV. 3, 1956, ‘THE WIZARD OF OZ’ DEBUTS ON TV, ELEVATES OLD FILM TO AMERICAN CLASSIC

He sent the test message to Richard Jarvis, a director at the telecommunications operator Vodafone U.K., who was attending a Christmas office party, according to Papworth’s website.

The message was successfully sent — and Papworth became the first person to ever send a text message.

Today, texting is one of the quickest and easiest ways to communicate with others almost anywhere in the world.
(iStock)

Although the groundbreaking software success occurred in 1992, text messaging didn’t take off for years due to a lack of handheld keyboards.

Papworth now lives in Montreal with his wife and three children and works for a different software company — Oracle.

Many find it hard to believe that the can’t-live-without messaging system was successfully created just 30 years ago.