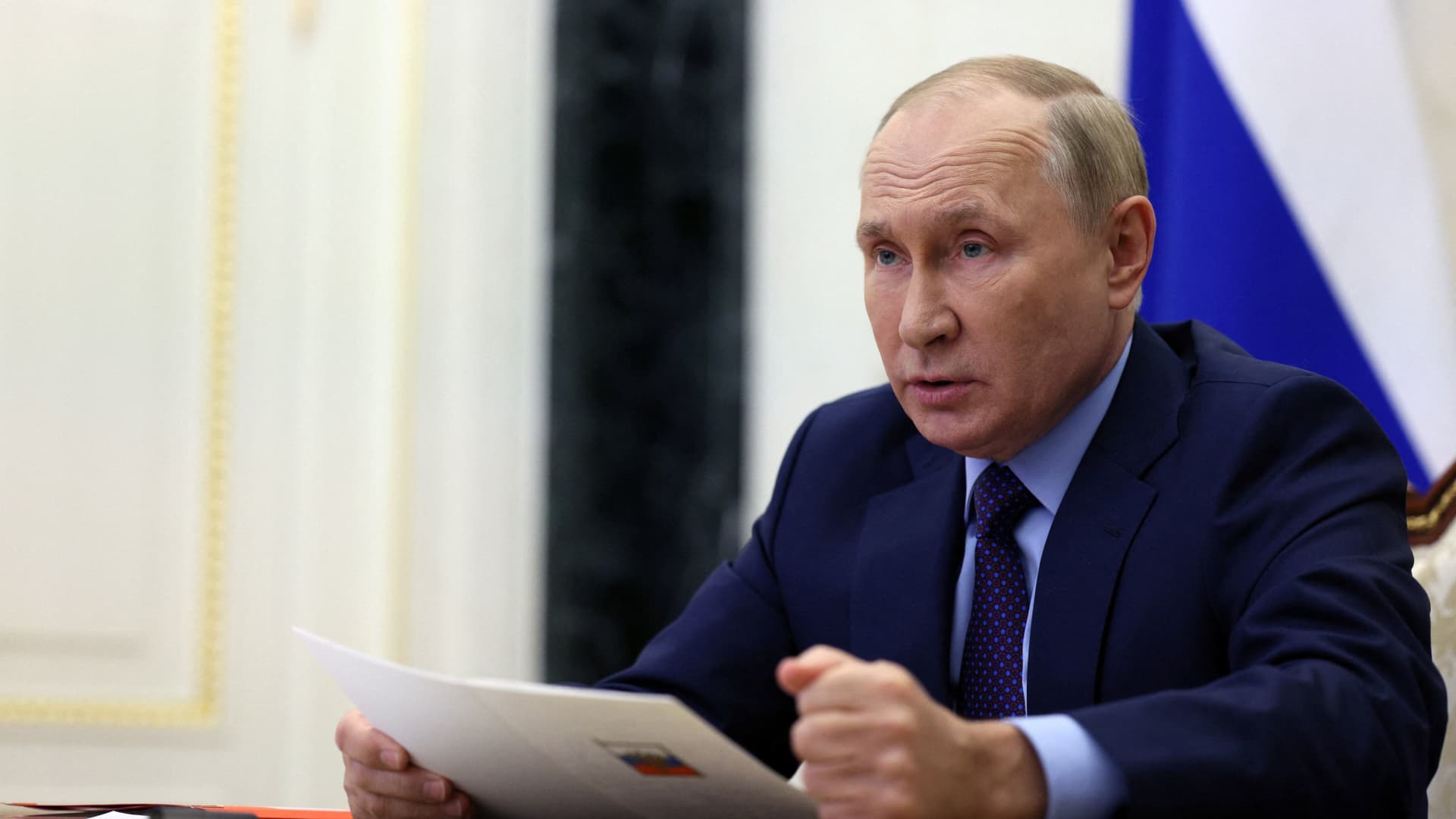 The world is entering the moment of maximum danger — and at the same time of maximum opportunity — in Russian President Vladimir Putin’s war in Ukraine, now in its seventh month.

It is the moment of maximum danger because Putin is so dramatically failing in the pursuit of his delusional obsession — which prompted him to launch a major invasion of Ukraine on Feb. 24 — that he could rebuild some modern notion of the Russian empire with Kyiv as its centerpiece and as his legacy.

As Ukrainian courage and resilience transform his hubris into humiliation, the danger is rising that he could turn to weapons of mass destruction, including the use of tactical nuclear weapons, to coerce Ukraine and confound its allies at a time when Putin’s influence is eroding and he is running out of options.

This presents a moment of maximum opportunity for world leaders at the gathering this week of the United Nations General Assembly (UNGA), the first since Putin launched his war. It’s a chance for U.S. President Joe Biden, alongside his European and Asian allies, to openly discuss the dangers Putin’s war poses to any country that cares about national sovereignty, to condemn Putin’s indisputable war atrocities, and to sway those remaining fence-sitters around the world who have neither condemned Putin nor backed sanctions against him.

It’s disheartening that the UN, instead of focusing on how best to stop Russia’s despot now and before winter wages, has been wrestling with the technicality of whether Ukrainian President Volodymyr Zelenskyy should be allowed to speak via video link to this most significant gathering of world leaders. The good news is that UN general assembly members voted 101 to 7, with 19 abstentions, to provide the Ukrainians their stage.

Russia, a member of the UN Security Council, had been doing everything in its power to block the speech. That’s no surprise, for when Zelenskyy spoke virtually to the Security Council in April, he told the group that it should act for peace immediately or “dissolve” itself.

“We are dealing with a state that turns the right of veto in the UN Security Council into a right to kill,” he warned. Zelenskyy could not have been more prophetic, saying that if the UN failed to stop Putin, then for countries going forward it wouldn’t be international law that would define the future but rather the law of the jungle.

There has been some speculation that the chance that Putin will use tactical nukes against Ukraine — or order some other escalatory action involving chemical or biological agents — has grown in rough proportion to the Russian despot’s increasing military setbacks on the ground.

Scenes from Ukraine this week of Russian soldiers — who cast aside their rifles, fled the battlefield on bicycles, and ditched their uniforms to disguise themselves as locals — were all part of a mosaic of failure

The spectacular implosion of Putin’s military in the south and east of Ukraine, where Ukrainian troops have retaken at least 2,320 square miles of territory, has given new life to talk that Putin may have no way out of a losing war except through a self-defeating Hail Mary: nuclear weapons.

For a leader whose claim to leadership has all along focused on his personal masculinity and political invulnerability, this growing perception of his military’s ineptness and his own weakness endangers his continued rule.

That, in turn, seems to be prompting a rethink among both the handful of his allies and a larger group of countries — India chief among them — as Putin learned at the Shanghai Cooperation Organization summit this week in Samarkand. Modi expressed his concern about the war by telling Putin publicly that “today’s era is not an era of war, and I have spoken to you on the phone about this.”

Putin’s meeting this week in Samarkand with Chinese President Xi Jinping also gave Putin no relief. Indeed, Putin perhaps began to see the limits of what the two men had called their “no limits” relationship in a statement just before the Beijing Olympics and before Putin launched his war. “We understand your questions and concern” about the war, Putin told Xi this week.

Personal survival remains the highest priority for autocrats. For Putin, that must be top of mind now. What’s less clear is what would ensure it. One possibility is resorting to weapons of mass destruction and particularly tactical nuclear weapons.

While the risk to Putin would be huge, the world must be ready for this contingency. The best way to do that would be to pre-empt him, deter him, and be proactive rather than reactive because the world knows his plot.

“I fear [Putin’s Russia] will strike back now in really unpredictable ways, and ways that may even involve weapons of mass destruction,” Rose Gottemoeller, a former deputy secretary general of NATO, told BBC this week.

What concerns her is something that has been growing in importance in Kremlin strategy: tactical nuclear weapons that weigh a few kilotons or less — some with only one-fiftieth of the yield of the Hiroshima bomb. Such weapons aren’t designed to reach Washington or Berlin but rather to coerce or, as Gottemoeller puts it, “to get the Ukrainians, in their terror, to capitulate.”

In an Atlantic Council “Memo to the President” this week, Matthew Kroenig tries to answer the question of “how to deter Russian nuclear use in Ukraine — and respond if deterrence fails.”

“Such nuclear use,” writes Kroenig, “could advance the Kremlin’s military aims, undermine U.S. interests globally, and set off a humanitarian catastrophe unseen since 1945. To deter such a potential disaster, the United States should issue public, deliberately vague threats of serious consequences for any Russian use of nuclear weapons and be prepared to follow through with conventional military strikes on Russian forces if deterrence fails.”

It is also essential that the United States convey this message privately at senior levels and accompany it with the movement of relevant conventional forces into the area in a way that underscores the U.S.’s seriousness.

As world leaders gather at UNGA, one hopes they use the chance they have to fully listen to Zelenskyy.

Ukraine’s ability to survive as an independent, sovereign and democratic state has wide-reaching implications for the international community that the UN represents.

There are terrible dangers in the weeks ahead. However, Putin’s battlefield failures and the increasing erosion of his international standing provide an opportunity to do the right thing: accelerate and step up all efforts to ensure Putin’s defeat and Ukraine’s defense.

If not now, when?

— Frederick Kempe is the President and Chief Executive Officer of the Atlantic Council.