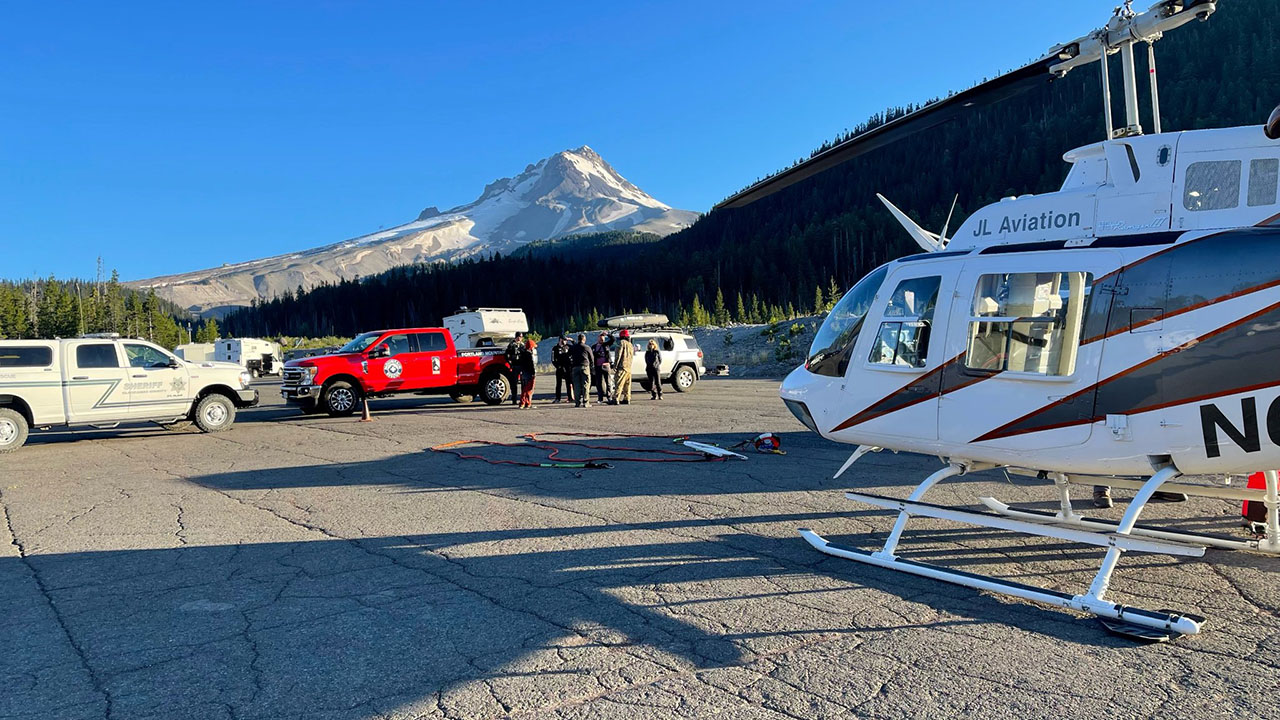 The body of a climber who died in a fall on Oregon’s Mt. Hood in March has been recovered after months of dangerous weather and avalanche conditions subsided, officials said.

Pradnya Mohite, 34, of Issaquah, Washington, and her climbing partner, 50-year-old Lei Wang, of Renton, Washington, were attempting to summit Mt. Hood on March 9 when they fell about 200 feet near the Leuthold Couloir, a long, steep avalanche chute, the Clackamas County Sheriff’s Office said.

“Ms. Wang sustained critical injuries and Ms. Mohite was declared deceased at the location of the fall,” the sheriff’s office said.

Rescuers said conditions improved enough on Mt. Hood to set out on a recovery mission and bring down the body of Pradnya Mohite.
(Clackamas County Sheriff’s Office)

The recovery was further delayed after a series of late-season storms brought a massive amount of snow in March and April, increasing the risk of avalanche and creating difficult climbing conditions.

The crew hoisted Mohite from the ridge and flew her to White River Snow Park.

“We offer our deepest condolences to the family and friends of Ms. Mohite and hope that today brings closure to everyone impacted by this tragedy,” the sheriff’s office said.