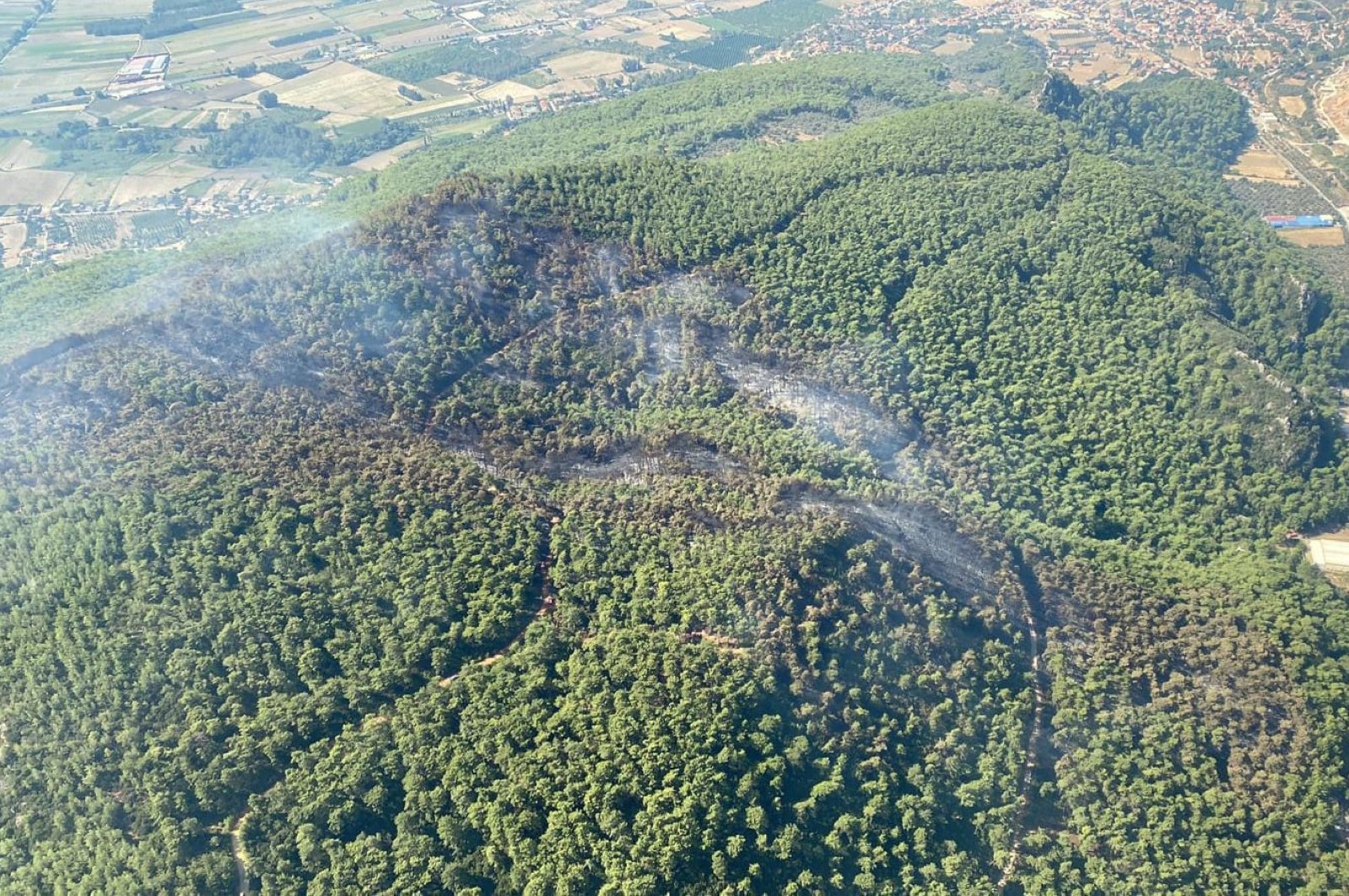 A forest fire that broke out in the Ula district of southwestern Türkiye’s Muğla on Tuesday night was brought under control early Wednesday.

The fire, which broke out from a yet unidentified source, spread quickly in Gökova, Kozlukuyu and Ataköy, threatening nearby residential areas.

However, it was swiftly brought under control by firefighters from the local municipalities and forest workers affiliated to the Regional Directorate of Forestry.

At the first light of the day, eight helicopters and five planes joined the efforts and the fire was brought under control.

The fire had originated in the Kozlukuyu district of Gökova district at night and according to primary estimates damaged over 50 hectares (500,000 square meters) of forests until it was brought under control Wednesday morning.

The local authorities have launched an investigation into the incident.