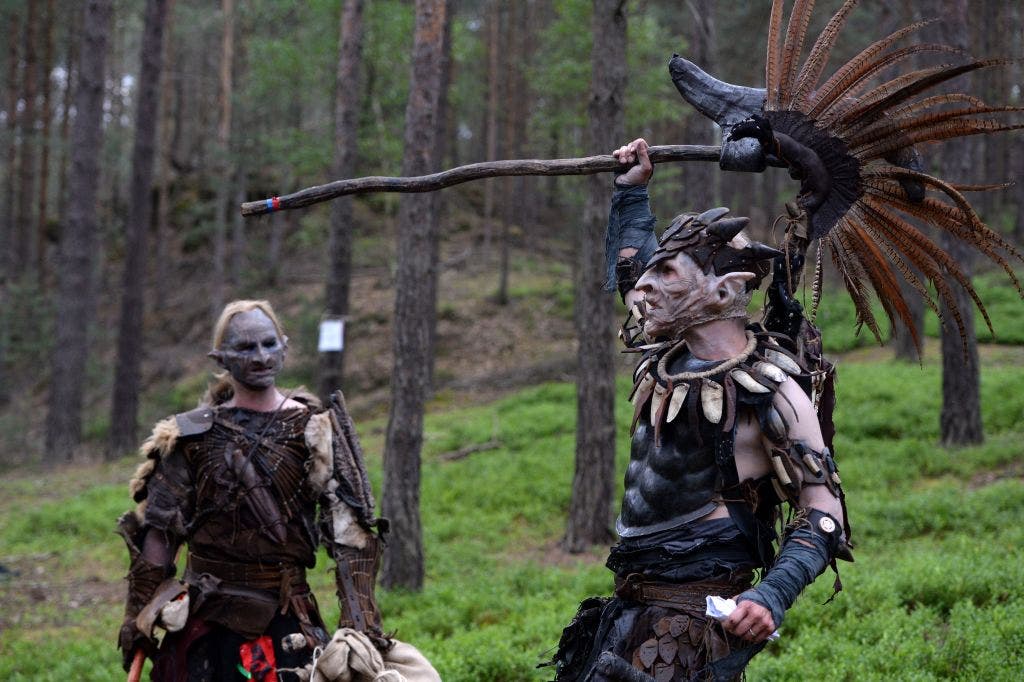 Goblin mode refers to “a type of behavior which is unapologetically self-indulgent, lazy, slovenly, or greedy, typically in a way that rejects social norms or expectations,” according to The Oxford Dictionary’s official word of 2022 is “goblin mode,” the group announced Monday. The phrase won an online vote to win the title for 2022.

“Given the year we’ve just experienced, ‘goblin mode’ resonates with all of us who are feeling a little overwhelmed at this point,” Oxford Languages President Casper Grathwohl told reporters.

While Oxford typically selects the word of the year internally, the organization opened the choice up to an internet vote for the first time this year, a historically fraught decision. Oxford instructed voters to choose a word that sums up “the ethos, mood, or preoccupations of the past twelve months.”

Fans dressed as characters from The Hobbit, fight in the forest near the village of Doksy, some 80 km from Prague on June 4, 2016. The epic clash that pits men, elves and dwarves against goblins and wargs in J.R.R. Tolkien’s 1937 novel “The Hobbit” has become a springtime tradition as more than eight hundred fans re-enact it on a lakeside in the north of the country.
(Getty Images)

A generic picture of an English dictionary and a thesaurus.
(OFFPO REUTERS/Catherine Benson  CRB – RTRMC69)

The competition ultimately came down to three choices: goblin mode, metaverse and the hashtag IStandWith. Goblin mode won with 93% of the more than 340,000 votes cast, according to the Associated Press.

Oxford’s word of the year in 2021 was “vax,” and it chose to skip selecting a word in 2020, arguing there was no single word that could do it justice.

Meanwhile, Merriam-Webster’s dictionary selected “gaslighting” as the official word of 2022, and it had selected “vaccine” in 2021.