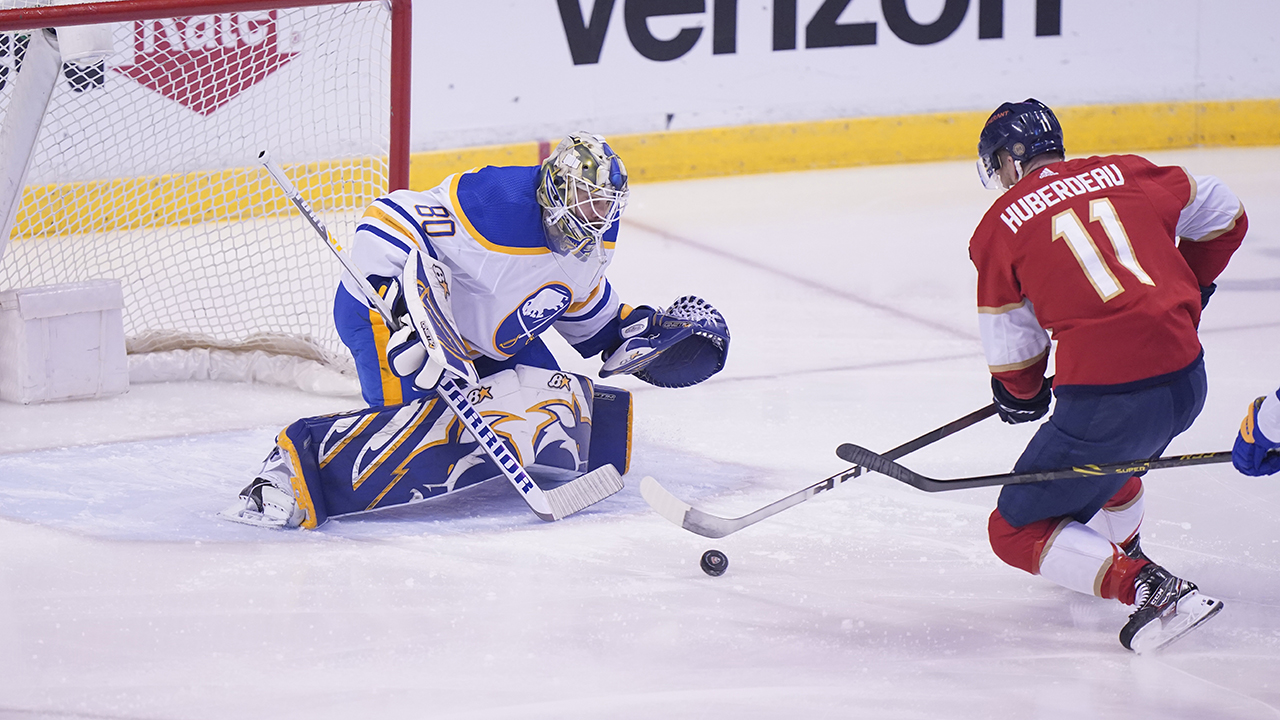 Anton Lundell scored twice, including the go-ahead goal, and the Florida Panthers came back from three down for the second straight game to beat the Buffalo Sabres 7-4 on Thursday night.

The Panthers trailed 3-0 after the first period and 4-1 in the second. They also climbed out of a 4-1 hole to beat Washington 5-4 on Tuesday, making Florida the ninth team in NHL history to overcome a three-goal deficit in consecutive games.

Sergei Bobrovsky allowed four goals on 12 shots before being replaced by Spencer Knight with 8:44 left in the second period. Knight stopped all 19 shots he faced.

Vinnie Hinostroza scored two goals for the Sabres. Dylan Cozens had a goal and an assist, and Casey Mittelstadt also scored. Aaron Dell made 38 saves.

With the score tied 4-all, Eetu Luostarinen made a stick save in front of the empty Panthers net right at the goal line, then Lundell gave Florida a 5-4 lead moments later when he poked in the puck from in front with 11:55 left.

Huberdeau and Lundell added empty-net goals in the final minutes.

The Sabres scored three goals on seven shots in the first period. Hinostroza made it 1-0 on his first goal at 3:21, followed by Cozens’ top-shelf shot at 7:41. Hinostroza’s second goal with 5:35 left stretched it to 3-0.

Panthers captain and center Aleksander Barkov missed his seventh consecutive game with a knee injury. Barkov has skated multiple times during his absence and taken part in at least one practice, albeit while wearing a non-contact jersey, but remains out of the Florida lineup.

NOTES: The teams will meet three more times this season, all between March 7 and April 8. … It was Buffalo’s first trip to Florida since the trade sending former Sabres captain Jack Eichel to Vegas. Eichel had points (2-5-7) in each of his last four games at Florida with the Sabres. … Saturday’s home game for Florida is a 1 p.m. start, part of the NHL’s package to provide European and Asian nations with prime-time games there on some weekends.

Goldman analysts predict these stocks have the most to gain, including 4 that will double