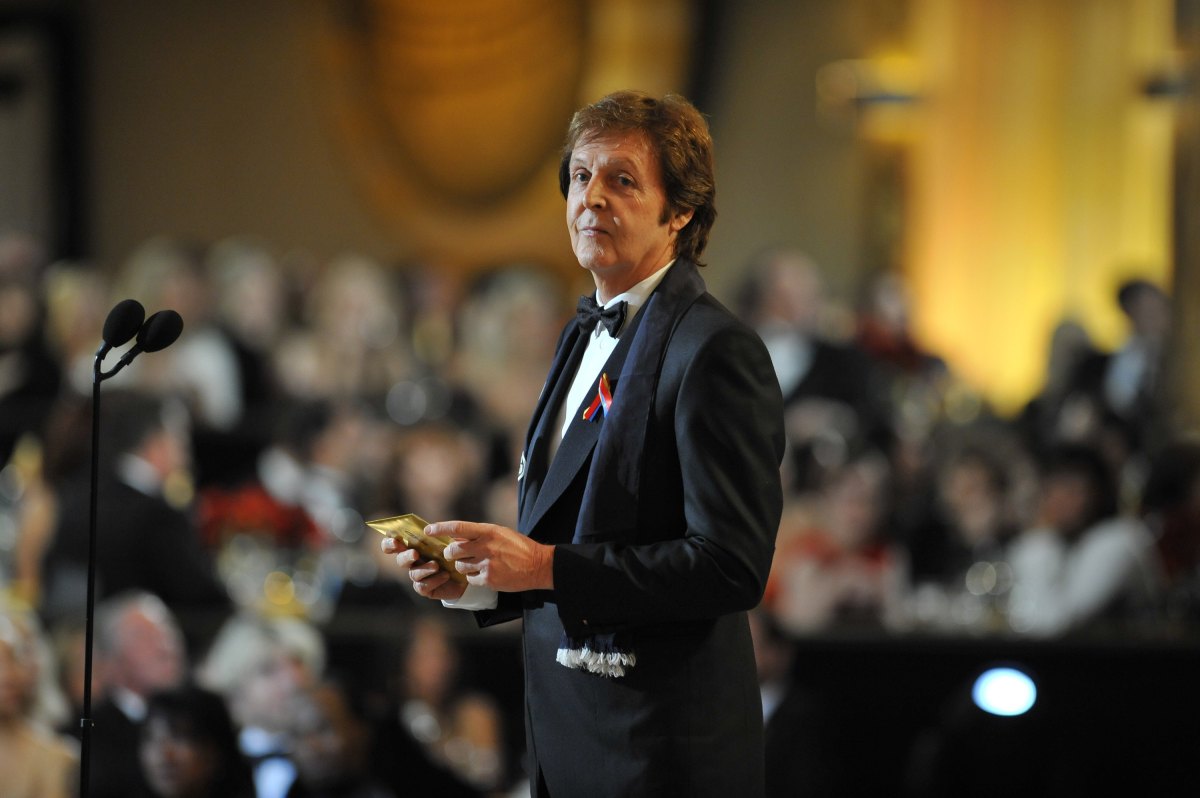 In the early 1980s, Paul McCartney decided to expand his creative ventures into film, an effort that earned him a Golden Globe nomination. To critics and audiences, though, the film didn’t deserve much besides derision. The film, Give My Regards to Broad Street, did little to win over audiences. Still, many would agree that the nomination was deserved.

The musician wrote the movie ‘Give My Regards to Broad Street’

McCartney approached his manager, Steve Shrimpton, about turning an idea he had into a movie, Give My Regards to Broad Street, a film in which he starred. Initially, though, McCartney envisioned a smaller role for himself.

“What he described was a cinematic version of the Tug of War album,” director Peter Webb said, per the book Paul McCartney: A Life by Peter Ames Carlin. “The broad sweep of English history would then segue seamlessly into a downbeat scene in a contemporary Liverpool, where the hero, a young man in his late teens, was sweeping the floor as a lowly paid janitor. We would then discover he wanted to escape from this no-hope life into signing on as a mercenary in some foreign war.”

McCartney originally wanted to appear on screen to perform songs that commented on the plot. After writing more of the script, however, McCartney changed his approach. In this version, he would star as a famous musician attempting to locate his master tapes. He would also perform a combination of new and old songs.

The film came out in the fall of 1984 to reviews that were harsh at best. In a one-star review, Roger Ebert criticized nearly every element of the film.

“Give My Regards to Broad Street is about as close as you can get to a nonmovie, and the parts that do try something are the worst,” he wrote in his review. “The movie comes billed as ‘a day in the life of a famous rock star,’ but instead of actually giving us a day in McCartney’s life (a promising idea, that), Broad Street supplies us with a fake crisis, paper-thin characters, and long musical interludes that have been photographed with a remarkable lack of style.”

Similarly, The Washington Post said that the viewing experience was “the kind of smothering tedium that leaves you screaming for air.” Nostalgia and McCartney’s enduring level of celebrity couldn’t win over audiences, either.

“It was almost completely silent,” musician Eric Stewart said of the premiere. “People were looking at each other saying, ‘What was that?’”

Most agreed that the film’s soundtrack was its only worthwhile element.

McCartney received a Golden Globe nomination in 1985 for Best Original Song in a Motion Picture for the song “No More Lonely Nights.”

Paul McCartney has more than one Golden Globe nomination

This was McCartney’s first Golden Globe nomination, but he was nominated again in 2002 for the song “Vanilla Sky” from the film Vanilla Sky and in 2009 for “(I Want to) Come Home” in Everybody’s Fine.

RELATED: Paul McCartney Shared the Biggest Misconception About The Beatles

Though McCartney has not won a Golden Globe, he is an Oscar winner. He earned the award for the first and only time in 1971 for Best Original Song Score in Let It Be.