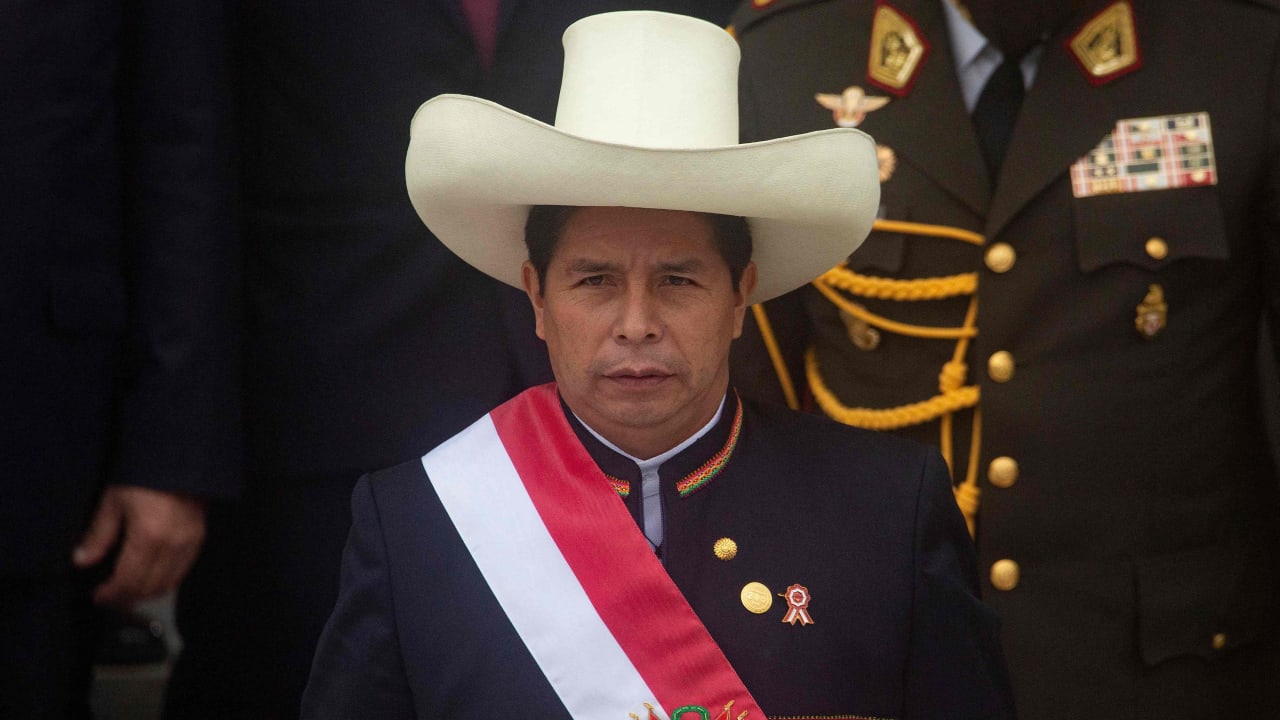 Peru’s President Pedro Castillo (53) has been deposed and arrested. Congress impeached him on Wednesday after announcing the dissolution of Parliament. Government and opposition politicians had described Castillo’s announcement as a coup d’état.

The previous Vice President Dina Boluarte (60) was sworn in as the new President in accordance with the constitution. The lawyer is the first head of state in the history of the South American country.

According to the state news agency Andina, Castillo was arrested in the capital Lima. He is being questioned in the prefecture by Attorney General Patricia Benavides and the Chief Prosecutor for Corruption Cases.

Prosecutors accuse Castillo of attacking the country’s constitutional order. The Attorney General’s Office announced on Wednesday (local time) after Castillo’s arrest that he was being investigated for rebellion.

101 MPs voted to remove Castillo, 6 against, and 10 abstained. Before the vote, the head of state had tried to forestall her with the no-confidence motion and announced the dissolution of Congress and new parliamentary elections.

The parliamentarians were then to draft a new constitution within nine months. “Until the new Congress begins its work, we will govern by decree,” announced Castillo. Boluarte and the opposition viewed Castillo’s actions as a coup d’état. In his speech, the 53-year-old also announced a nationwide curfew between 10 p.m. and 4 a.m. and announced a reform of the judiciary.

However, his plan didn’t work out: After Castillo announced the dissolution of Congress, he faced opposition from some cabinet members, especially Vice President Boluarte.

“I oppose Pedro Castillo’s decision to dissolve the Congress to bring about the collapse of the constitutional order. This is a coup that aggravates the political and institutional crisis that Peruvian society must overcome in strict compliance with the law,” she wrote on Twitter. The opposition also spoke of a coup d’etat.