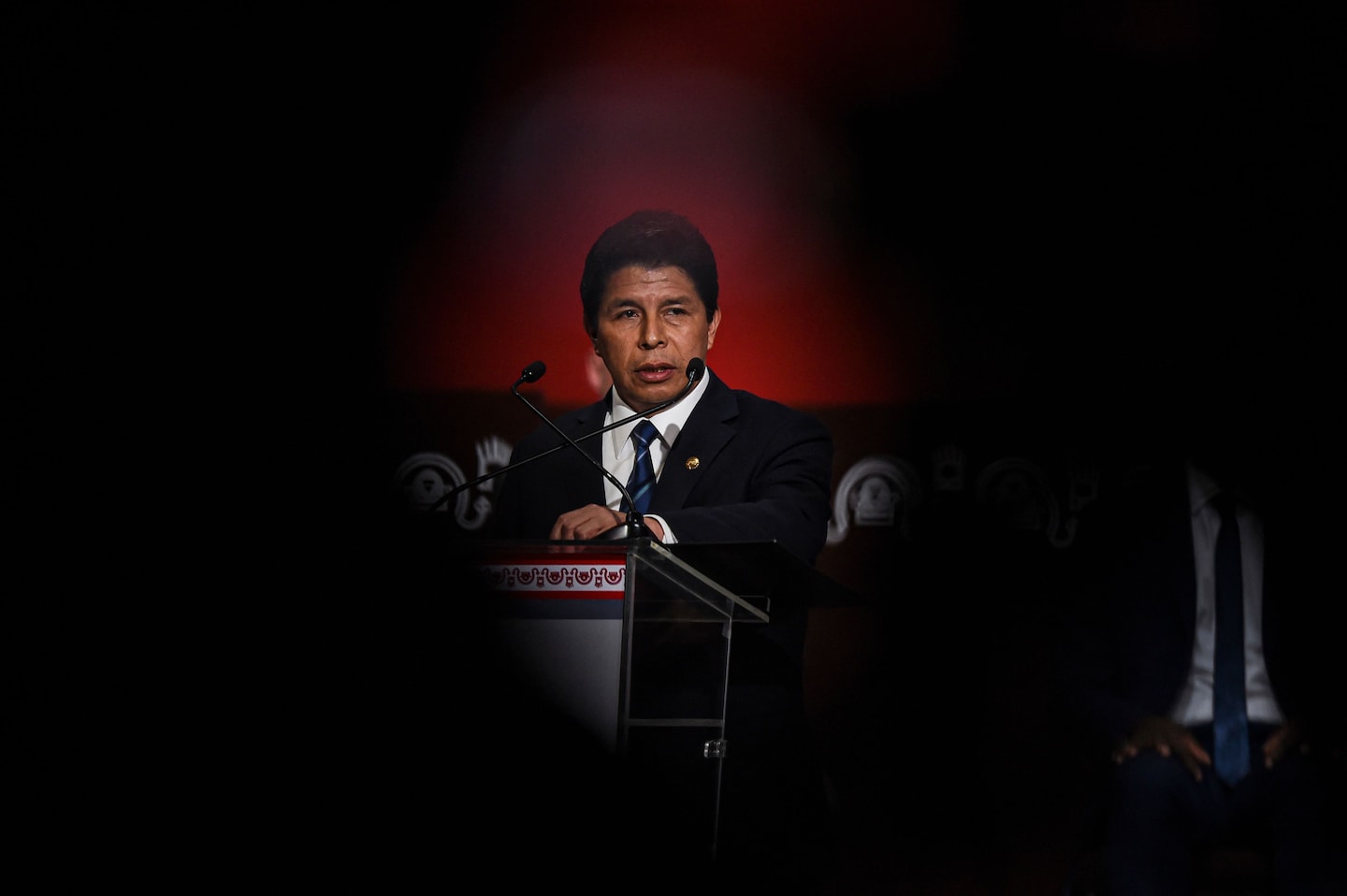 LIMA, Peru — Lawmakers voted overwhelmingly Wednesday to impeach Peruvian President Pedro Castillo, hours after he declared that he was dissolving congress and would rule the nation by decree.

The legislature had been scheduled to debate Castillo’s removal on corruption charges Wednesday afternoon, and the president said as recently as Tuesday evening that he would respect the process.

Peru’s single-chamber congress voted 101 to 6 to impeach Castillo for “moral incapacity” and declared the presidency vacant. Under the constitution, Vice President Dina Boluarte succeeds him. She had earlier denounced him.

“I reject Pedro Castillo’s decision to break the constitutional order by closing the congress,” Boluarte tweeted. “This is a coup d’etat that deepens the political and institutional crisis, and Peruvian society will have to overcome the crisis with a strict attachment to the law.”

Castillo, 53, said he would rule by decree until new elections for a constituent assembly could be held, a process he said would occur within nine months.

“In line with the citizens’ claim throughout the country, we have made the decision to establish a government of exception oriented toward setting the rule of law and democracy,” he said. He also declared a nightly curfew.

But he had neither the constitutional authority nor the political support to get away with what was seen as a desperation move to evade impeachment and criminal prosecution. His lawyer for the impeachment quit. Opponents and others called it an attempted coup.

“None of what the ex-President #PedroCastillo has announced is permitted by the constitution,” Fernando Tuesta, a former head of the Peruvian electoral agency, wrote in a WhatsApp group message. “If he had limited legitimacy before, now he has lost all sense of legality. He is usurping power and is not owed any obedience.”

Castillo is accused of taking bribes and selling jobs in the public bureaucracy. Analysts here believe he will end up in pretrial detention as soon as he loses his presidential immunity.