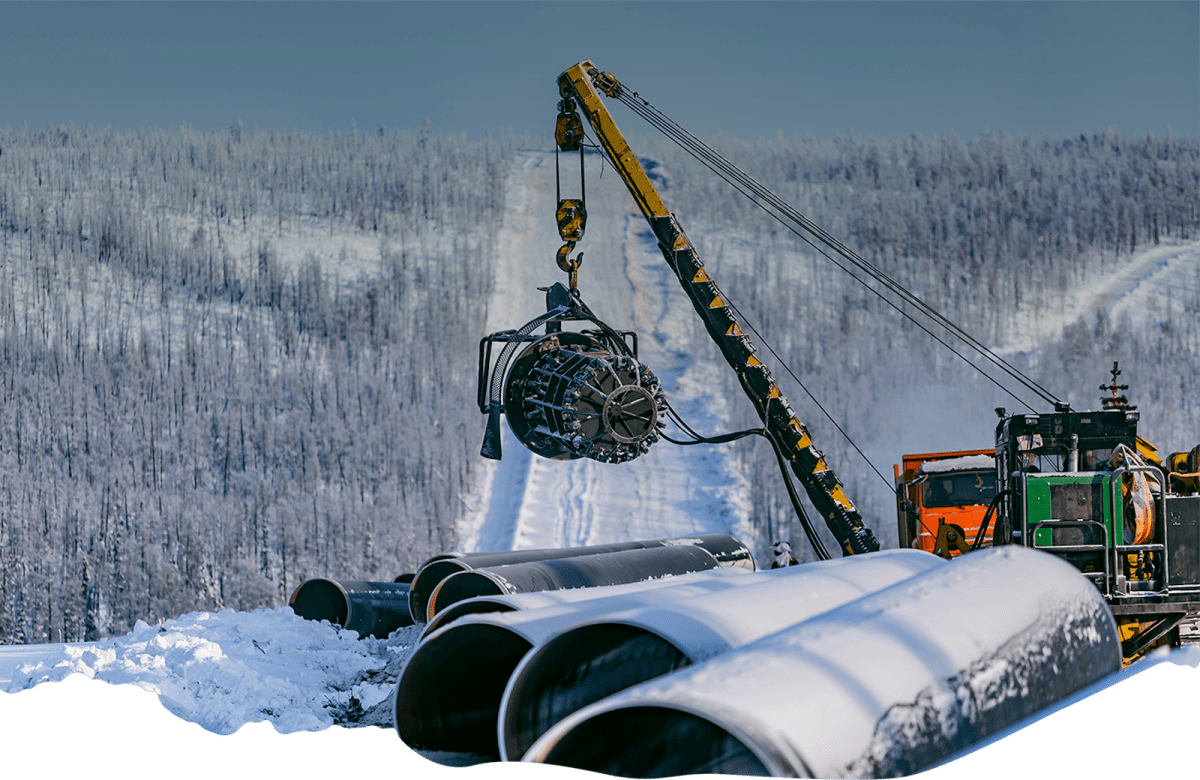 Negotiations to build a new pipeline designed to transport annually 50 billion cubic meters of gas from Russia to China through Mongolia are expected to close soon after the three countries’ leaders met in Uzbekistan.

The three leaders agreed to actively move forward on the Mongolian section of the China-Russia natural gas pipeline known as Power of Siberia 2.

Russian Deputy Prime Minister Alexander Novak was quoted as saying by Russia’s TASS news agency on Thursday that the Power of Siberia 2 deal would close in the near future.

The progress was made on Thursday, the same day when Xi and Putin held a bilateral meeting to discuss economic partnership and geopolitical issues including Ukraine and Taiwan matters.

More concrete discussions started in 2004 but neither side could agree on pricing issues over the following decade.

After Russia invaded and occupied Crimea in March 2014, it was sanctioned by the West. Two months later, Russia’s Gazprom and the China National Petroleum Corporation (CNPC) signed a 30-year national gas supply contract worth a whopping $400 billion.

In 2015, the construction of Power of Siberia commenced. The pipeline started operations in December 2019 and is expected to be able to transport up to 38 billion cubic meters of gas annually from Russia to China by 2023.

In July this year, Mongolia’s Prime Minister Oyun-Erdene Luvsannamsrai said the feasibility study for the Power of Siberia 2 gas pipeline, which will connect Siberian gas fields to China via Mongolia, had been completed and that construction would begin in 2024. The pipeline is expected to go online in 2030.

Russia’s Novak told reporters on Thursday: “We expect that final agreements on the Power of Siberia 2 will be reached in the near future. It will involve about 50 billion cubic meters of gas annually.”

TASS reported on Friday that Russian gas deliveries through Nord Stream, the main route for export of Russian gas to Europe, had been fully suspended while gas sent to Europe in transit through Ukraine remained at a previous volume of around 42.4 million cubic meters per day.

Before it invaded Ukraine, Russia exported around 35 billion cubic meters of gas per year to Germany.

Prior to the Xi-Putin meeting, Li Zhanshu, chairman of the Chinese Communist Party’s National People’s Congress, paid a four-day visit ending September 10 to meet Putin in Vladivostok and top Russian lawmakers in Moscow.

In a meeting with Russian State Duma chairman Vyacheslav Volodin, Li pledged China’s “understanding and full support” for Russia’s military operations in Ukraine, according to footage released by the Kremlin.

But the Chinese state media reported neither this nor what Xi and Putin had discussed about the Ukraine situation on Thursday.

According to TASS, Putin said he highly appreciated “the balanced position of our Chinese friends in connection with the Ukrainian crisis.” He said the Russian side understood Beijing’s questions and concerns in this matter.

Putin was quoted by Xinhua news agency as saying that Russia is ready to work with China to consolidate and deepen bilateral and multilateral communication and coordination and expand cooperation in key areas such as the economy, trade and energy

He said both Russia and China are committed to promoting a fairer and more equitable international order, setting an example for international relations.

Xi expressed his appreciation for Russia’s adherence to the “One China” principle, Xinhua reported. Xi stressed that Taiwan is a part of China and that Beijing strongly opposes “Taiwan independence” separatist activities and external interference in the Taiwan question.

Victor Ng Ming-tak, a former banker and an adjunct associate professor in Hong Kong, said Chinese leaders could not openly support Russia in the Ukraine crisis as such a move would expose China to Western sanctions.

Ng said what Beijing can do now to help Moscow is to buy more Russian energy and sell more manufactured goods in return. He said China still needs to rely on trade with the West.

For the period, China’s exports to Russia rose 33.8% to $67.6 billion and imports from Russia increased 37.5% to $79.3 billion, with China mainly purchasing food and energy.

Maxim Gennadievich Reshetnikov, Russia’s minister of economic development, said on September 7 that the Sino-Russia bilateral trade would reach $170 billion this year and $200 billion by 2024.

On September 6, Russia’s Gazprom said it had signed an agreement with China to start payments for gas supplies to China in yuan and rubles instead of US dollars.

Read: Power of Siberia 2 to divert Europe-bound gas to China