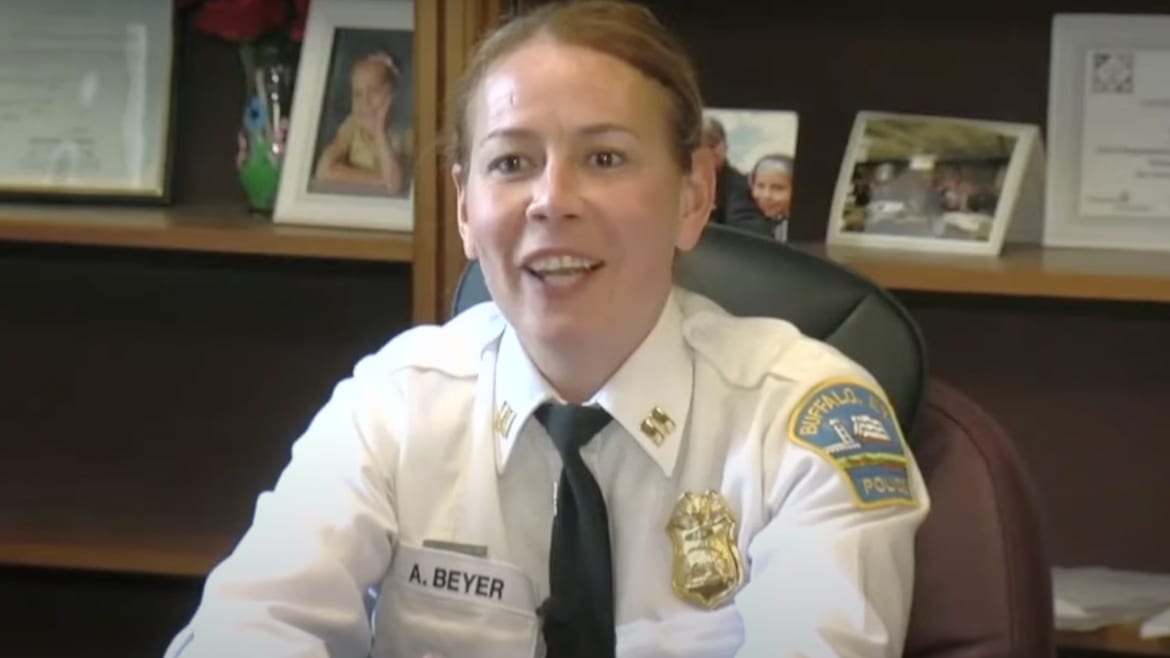 The New York police captain at the center of a lawsuit against the city of Buffalo and its police department has been suspended without pay after being accused of going on a racist diatribe during a cop training session earlier this year and retaliating against officers who complained.

According to the nonprofit news outlet Investigative Post, an interim director will take over Capt. Amber Beyer’s duties as the head of the Buffalo Police Department’s Behavioral Health Team. The division manages mental health incidents “with professionalism, compassion, and concern for the safety of all involved,” according to the department’s website.

Three Black officers who worked directly under Beyer on the Behavioral Health Team filed a lawsuit on Nov. 21, alleging that Beyer turned up the racist rhetoric even after her rant during the training session was reported. Officers Brandon Hawkins and Katelynn Bolden and clinician Erica Seymore claim their rights were violated when they were subjected to racially discriminatory remarks in the workplace, and, in exchange, they’re seeking monetary damages and attorney fees.