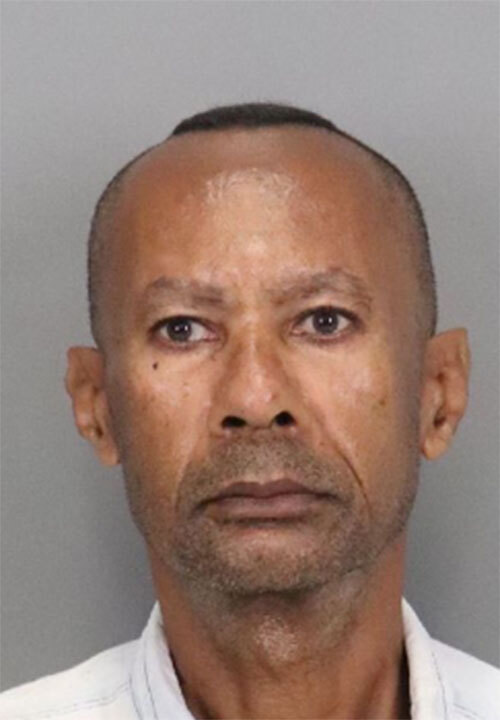 Police arrested a man after a witness reported that he had exposed himself to a 4-year-old child at a park in California.

The alleged incident happened at El Camino Park Friday afternoon. Police say they got a call from a man in his forties who was there with his son.

The man said as he was getting their dog some water he noticed his preschooler had walked over to a table and was talking to an unknown man. The father then noticed that the suspect was exposed and touching himself while talking to the boy, a news release said.

The father immediately started yelling at the suspect, who ran away through the park.

TEXAS CHILD MOLESTER NEARING END OF SENTENCE WILL NOT GO FREE, WILL BE COMMITTED TO AN INSTITUTION INSTEAD

Palo Alto Police located the suspect, 59-year-old Rupert Richard Taylor-Fox of Menlo Park, with his pants unbuttoned, and his zipper down. Taylor-Fox was booked into the Santa Clara County Main Jail for indecent exposure and annoying a child. Both charges are misdemeanors.

Police are not aware of any similar cases involving this suspect; however, anyone with information is asked to call their 24-hour dispatch center at 650-329 2413. Anonymous tips can be e-mailed to [email protected] or sent via text message or voice mail to 650-383-8984.

Pilar Arias is a multimedia journalist with more than 10 years of experience in broadcast, digital and print production. She covers a wide variety of topics. @PilarFOXNews.