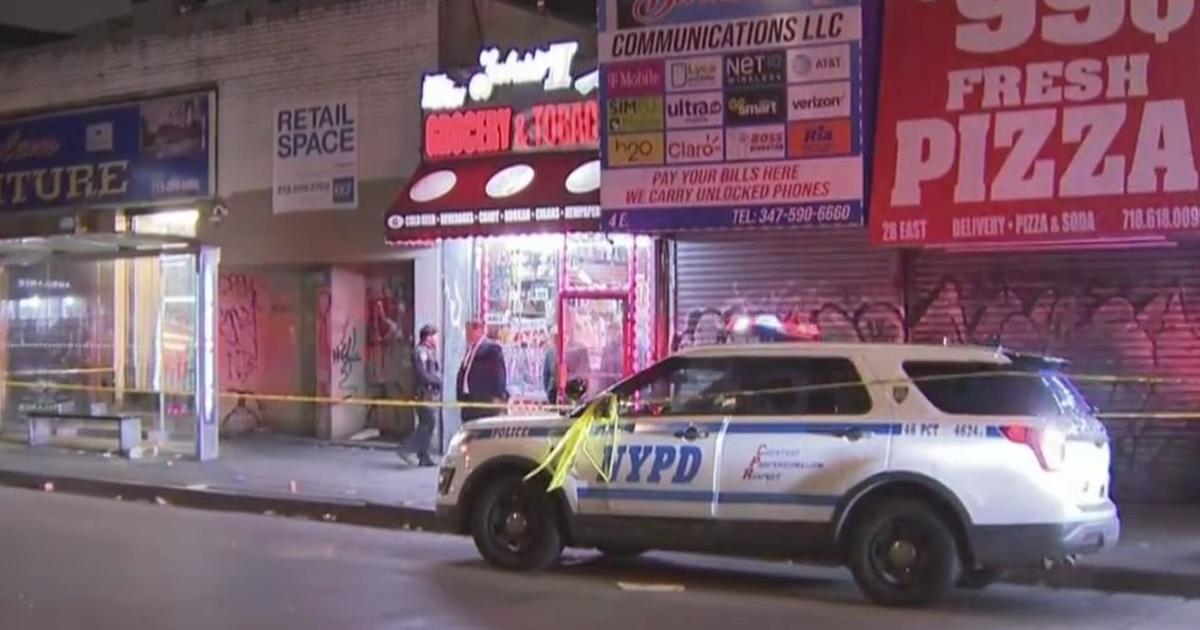 NEW YORK – Police say three people were shot, including two innocent bystanders, inside a deli overnight in the Bronx.

It happened just before 1 a.m. Tuesday on East Burnside Avenue off Grand Concourse in Mount Hope.

Investigators believe the man who died the intended target, and the other two victims were bystanders. They are being treated for their injuries at Saint Barnabas Hospital, where one is listed in critical condition and the other in stable.

The NYPD says police are speaking with a person of interest, but they are not identifying the person as a suspect. It’s unclear why the gunman started shooting.

CBS2 spoke with a woman who said she typically goes to the deli, and her friend happened to be walking by moments after the shooting and noticed the police presence.

“What brought me out here was I was just getting me a beer. But thank God I didn’t go today,” she said. “This is just unbelievable. Like this is the Bronx, but nothing like this has ever happened here… It’s going to be a moment before I go back into that store, I can’t do it.”