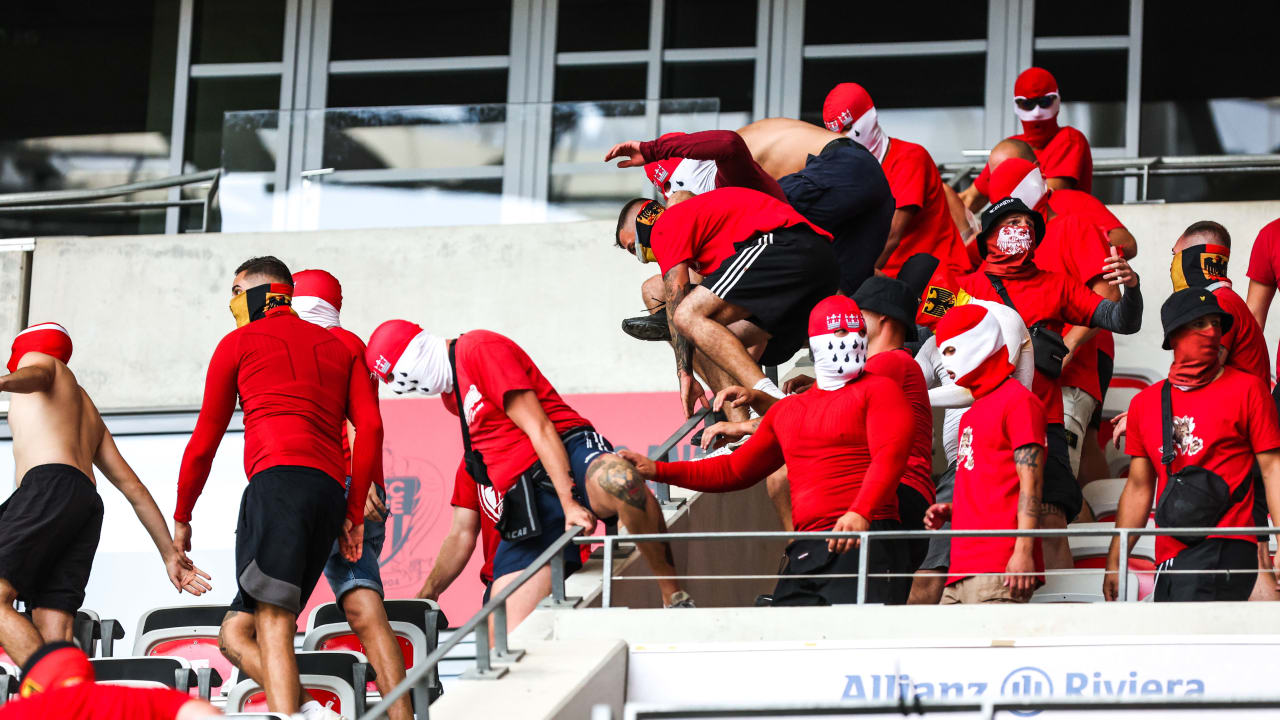 Police raid after the Shame game in Nice |

Now it’s the Cologne Hools on the collar

Cologne – Simultaneously at 6 a.m. the police officers struck on Wednesday. Heavily armed officers from the BFE special unit, hundreds and criminal investigators stormed 16 houses and apartments in Cologne, Hürth, Pulheim and Bergisch Gladbach. The aim of the raid: to arrest the FC Köln hooligans from Nice.

At the Conference League game, more than 100 masked Ultras and Hools rioted in the French stadium with the support of violent criminals from Paris and Dortmund. There were serious injuries, one rioter even fell five meters from the stands and was initially in critical condition.

Knives and batons were also used in the riot, and e-scooters and heavy barrier posts were even thrown at opposing fans.

Arrest warrants have been issued for several of the suspects for breach of the peace and dangerous bodily harm four weeks after the riots.

The suspected rioters were identified by “officials who are familiar with the scene” and who are on site at every soccer game and who know the problem fans. In addition, so-called “super recognizers” were used, these specially trained officers can memorize faces on videos very well and then later recognize the suspects on photos.

The police want to announce further details in the afternoon at a press conference.