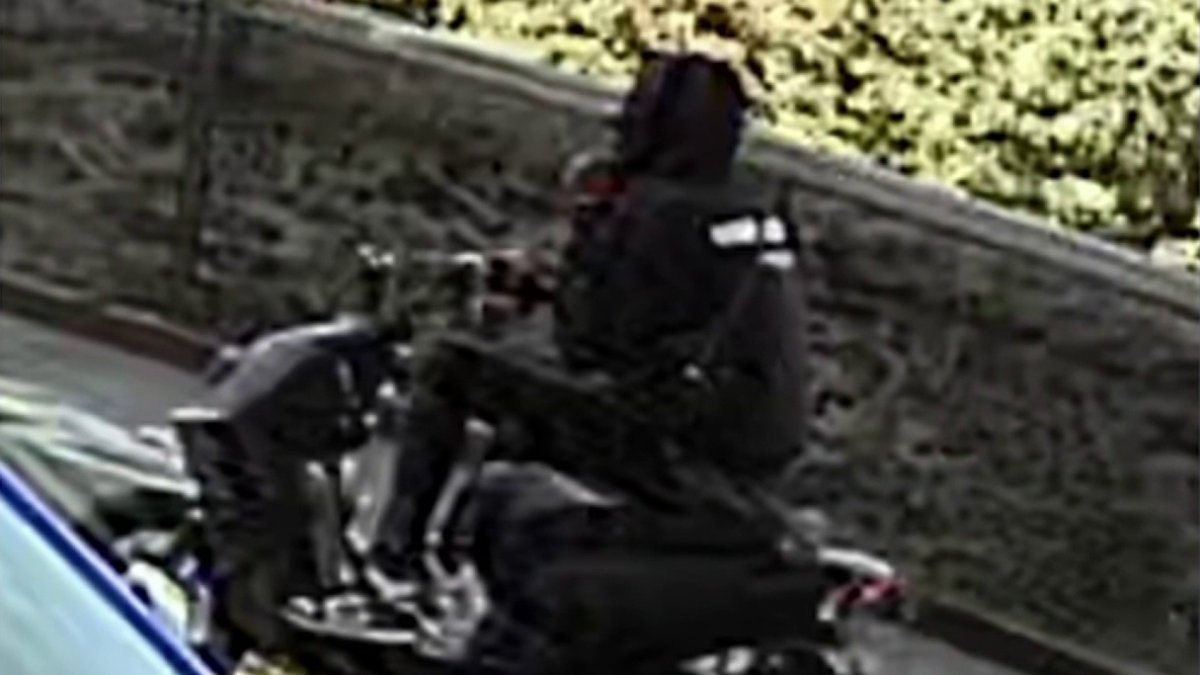 In a scenic area of Manhattan that many who live nearby escribe as “peaceful,” that peace was shattered by a suspect who police said sexually assaulted a runner at knifepoint before robbing her in broad daylight.

The violent incident occurred around 11 a.m. Saturday along the northbound Henry Hudson Parkway near Dykman Street at Fort Tryon Park, according to police. That’s when police said a suspect grabbed a 35-year-old woman as she was running.

The suspect then pulled a knife on her and dragged her behind a tree. He sexually assaulted her, police said, before stealing her phone and watch.

The victim was taken to the hospital, where she was said to be recovering. Police searched the area over the weekend for clues.

New surveillance video shows the suspect riding south along Riverside Drive on an electric scooter, about a half a mile away from the scene of the crime. He can be seen wearing a dark hoodie that police said features the words “Honor Thy Gift.”

Those who live in the area said that the paths in the park are frequently empty, and it’s rare to see a lot of people in some parts.

“When I go there, I go cautiously. I’m always looking because nobody goes there,” said Maria Boatman, of Washington Heights.