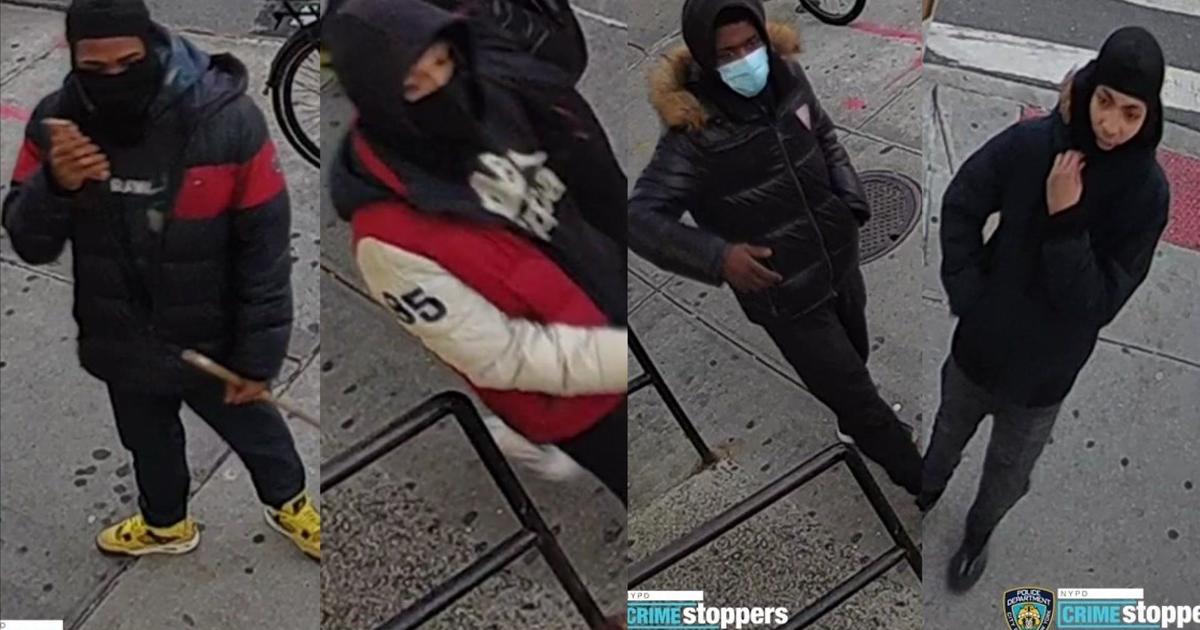 NEW YORK – The NYPD is looking for four suspects in connection with a gang assault in Queens.

Police released photos of the suspects wanted in Monday’s attack in Broadway in Long Island City.

Investigators say the suspects approached a 15-year-old boy and beat him with a cane and a stick. They then took off in a white Mazda SUV.

The victim was taken to a local hospital in stable condition.