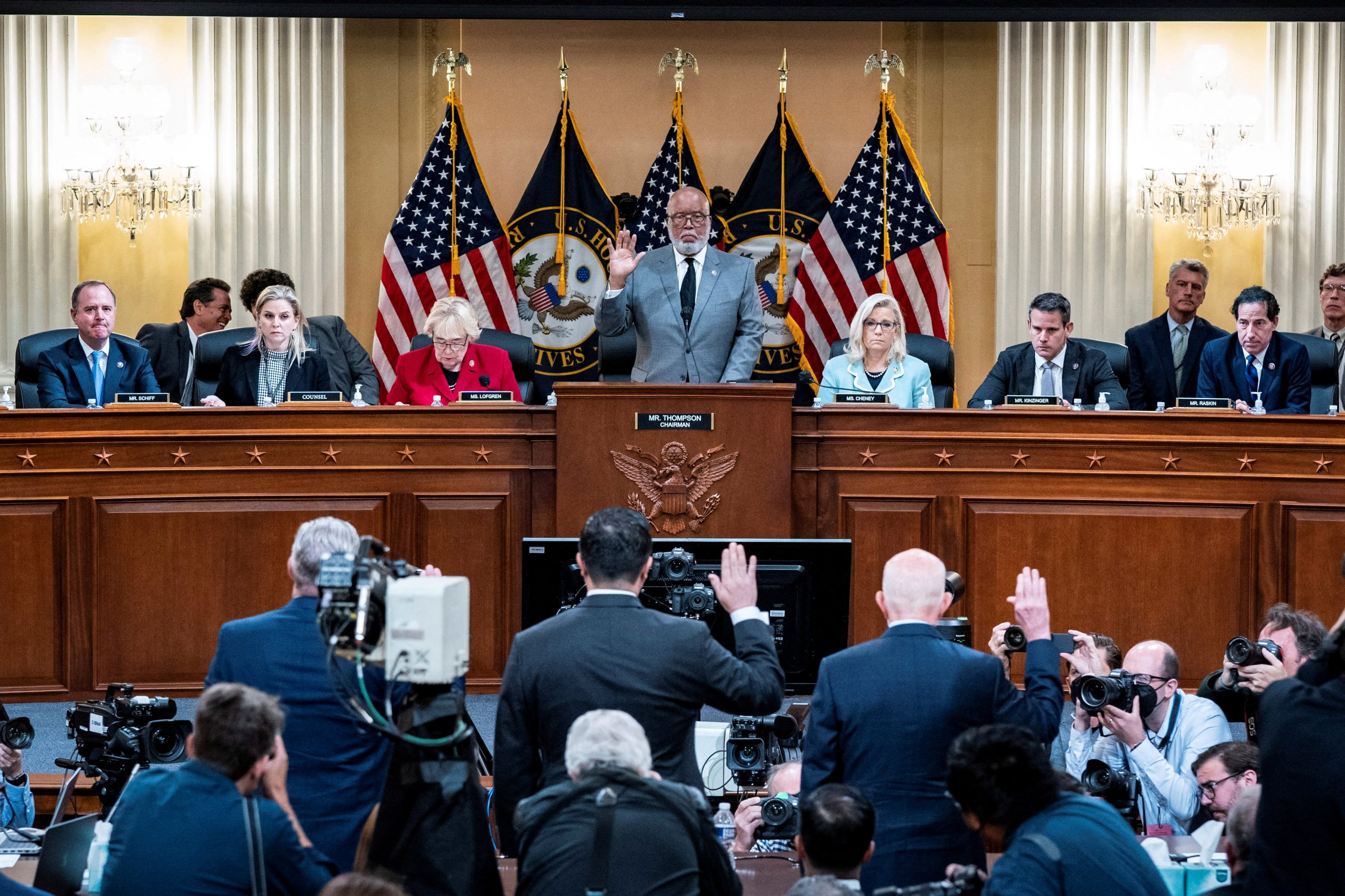 Politico correspondent Betsy Woodruff Swan alleged Wednesday that two Democratic lawmakers spoke candidly about how the electorate does not care about Jan. 6.

During a panel discussion on “Meet the Press NOW,” NBC anchor Chuck Todd cited a Quinnipiac poll that asked Americans if they thought former President Trump “truly believed there was voter fraud” in the 2020 presidential election or that he has “deliberately spread false information.”

Todd went on to stress the party divide that showed a whopping 86% of Democrats claiming Trump is lying as 77% of Republicans say he believes the voter fraud claims.

“Which brings me to the all-important question, Betsy: Does the January 6th hearing break through at all? Is this more proof that it does not?” Todd asked.

‘I don’t think it does,” Swan responded. “I’ve talked to two separate Democratic members of Congress over the last couple of weeks about January 6th, obviously can’t say who, and both of them have said offhandedly, nobody gives a bleep about January 6th when they’re talking about their districts and the way that elections play out.”

JAN 6: EAGER TO TROLL TRUMP, ‘MORNING JOE’ COMPARES VIEWERSHIP ACROSS ALL NETWORKS TO ‘THE APPRENTICE’

“The reality is – obviously, it’s a very important issue. Obviously – like I’ve been covering this nonstop for the last year. It’s important, it’s a key part of understanding American history and the democratic trajectory that this country is on. It is also true at the same time and not at all contradictory that it’s not a top-tier voting issue for people who are figuring out who they’re going to support during the midterms,” Swan told Todd. “Top-tier issues are material concerns. How are people paying their mortgages? How much does it cost to get milk and bread? How much does it cost to get gas?”

Swan added, “Do these hearings result in different electoral outcomes for Democrats? I have yet to see any actual evidence that they do.”

Much of the media has hyped the ongoing House Select Jan. 6 Committee hearings which have been reviewing the events that led up to the riot on Capitol Hill.

Liberals have praised the hearings for revealing what they say led to an attempt at overthrowing the 2020 election while conservatives call them a partisan exercise meant to damage former President Trump ahead of a potential run in 2024.

Reports have shown that Democrats are hoping that the hearings will help aid them in the upcoming midterm elections as many expect a red wave to occur in November, potentially giving Republicans both the House and the Senate.

While an estimated 20 million people tuned in for the first primetime hearing, viewership has since plummeted in the subsequent hearings that have aired in the daytime. The House Select Committee is now planning to pause the hearings and resume them in July.