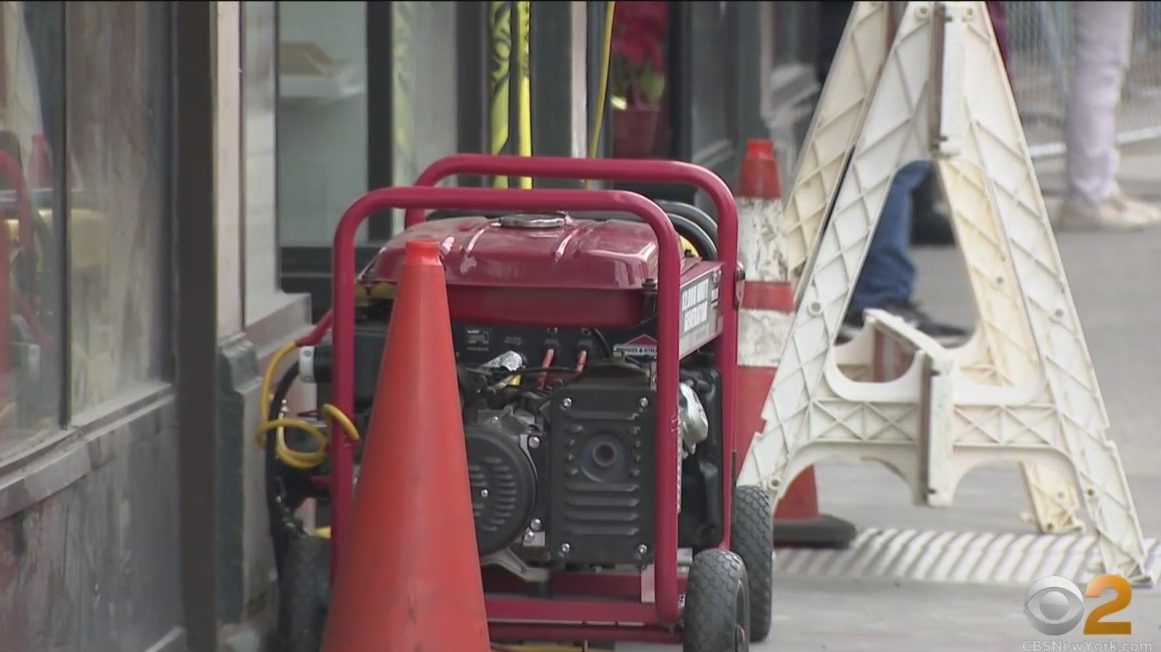 A bureaucratic battle is keeping many in Port Chester from getting back to work, CBS2’s Jessica Moore reported Thursday.

Chris Kapnisis couldn’t help but remember what happened three month ago as he walked Moore through Telly’s Taverna.

“A lot of people coming here just for the fresh seafood, for the Greek delicacies and stuff,” said Kapnisis, who works at the restaurant.

Telly’s was ravaged by Ida and is one of dozens of businesses on North Main Street still without power.

Two doors down, black mold covered the floor and pedicure tubs inside Kevin’s Nail Salon after the storm dumped five feet of water. The owner now spends $200 per day on generators to keep customers coming in.

“I’m here every single day to open the place, to keep it warm and I have to wait until they left to set up the generators. I’m exhausted,” he said.

Exhausted, but open. Telly’s hasn’t been so lucky.

“Ceiling, we’re redoing the bar, the floor. Then we have to do the outside,” Kapnisis said.

The storm destroyed all of the Con Edison meters located in the basements along the village’s main thoroughfare. The utility is now requiring landlords to move the meters upstairs. Repairs would require cutting into part of state Route 1.

“They say that we need a new feed. But they cannot get permits to cut up the street to put in a new feed,” said Dianna Loiselle, owner of Telly’s Taverna.

Con Edison told CBS2 they would look into providing temporary electricity until the permits to move the lines are approved.

The Department of Transportation said it is currently reviewing Con Edison’s application, but did not tell CBS2 how long the process might take.

“If we don’t get electricity fast and the cold sets in and the pipes start to freeze, we’re done. There’s no fixing that,” Loiselle said.

Owners are begging the entities to come up with a solution before they’re frozen out of a future. Until power is restored, the businesses will not be able to access gas service, either.

Toyota Plans To Reach Carbon Neutrality In Europe By 2040