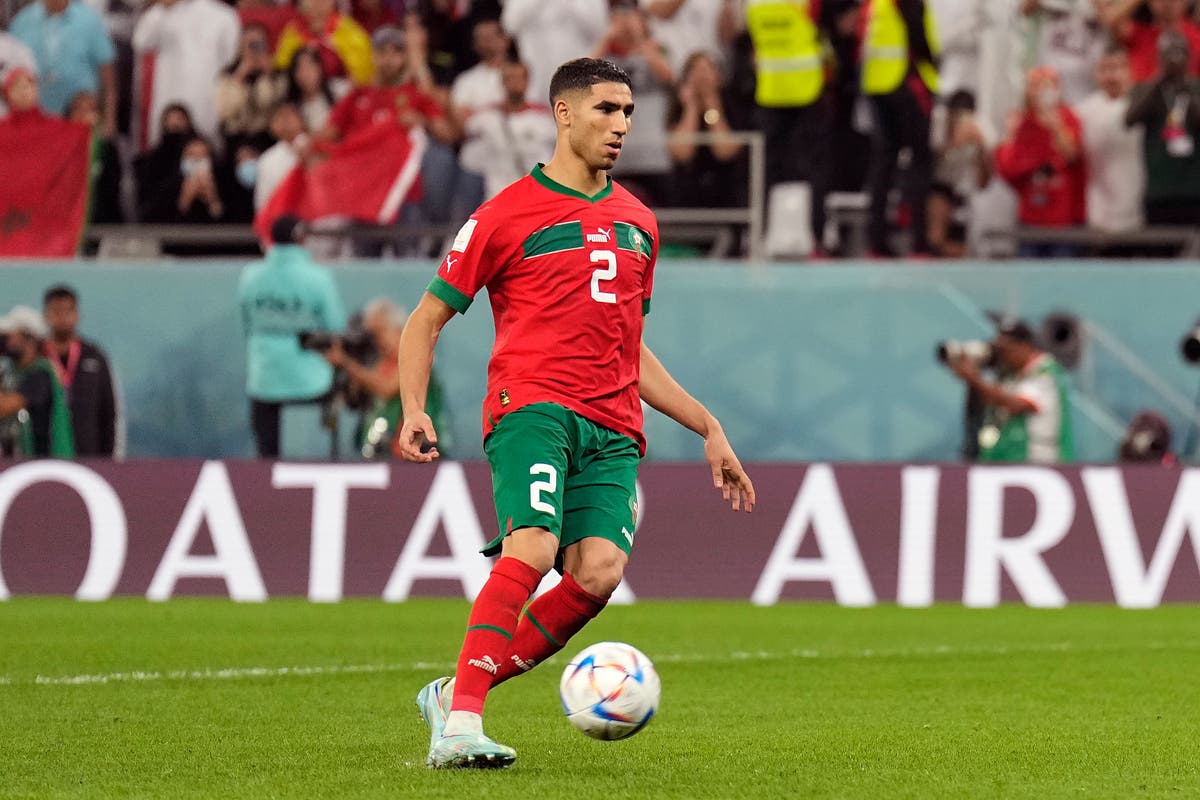 Morocco will be carrying the weight of a continent on their shoulders as they take on Portugal in the World Cup quarter-finals on Saturday.

Morocco sensationally knocked out Spain in the last-16 in a penalty shoot-out following a goalless draw and are looking to become the first African nation to reach the final four of a World Cup.

Portugal, meanwhile, produced their best performance of the tournament in their 6-1 win against Switzerland without talismanic captain Cristiano Ronaldo, with his replacement Goncalo Ramos scoring a hat-trick.

The winner of this clash will play the victor of Saturday’s second quarter-final between England and France on Wednesday.

Here’s all you need to know ahead of this quarter-final clash.

When is Morocco vs Portugal?

The game is scheduled to kick off at 3pm GMT (6pm local time) on Saturday 10 December.

The quarter-final will take place at the Al Thumama Stadium in Doha.

In the UK, the match will air live on ITV 1, and it will stream live on the broadcaster’s new ITVX app and website, formerly known as ITV Hub.

Morocco boss Walid Regragui has got his country to this stage by being consistent with his line-up, so Selim Amallah should continue ahead of Abdelhamid Sabiri in midfield. Other than that, no injury concerns were reported after the penalty shoot-out win against Spain, though the matter of fatigue could force Regragui’s hand.

Unsurprisingly, the big selection call for Portugal boss Fernando Santos is whether he once again leaves out captain Cristiano Ronaldo. Judging by the sensational hat-trick display by his replacement Goncalo Ramos against Switzerland, the 195-cap star could miss out once more. Similarly, will he leave out Joao Cancelo and Ruben Neves, and opt for Raphael Guerreiro and William Carvalho respectively once more? Defender Danilo Pereira is a doubt, while Otavio came through the Swiss clash unscathed.

Not as simple a call as it is on paper, given Morocco’s stirring run to the last eight. Portugal only narrowly beat them in 2018 – courtesy of Ronaldo’s solitary goal – and another tight affair is likely here. However, the Portuguese are fresher and are full of confidence, so they should sneak into the semi-finals. Morocco 1-2 Portugal