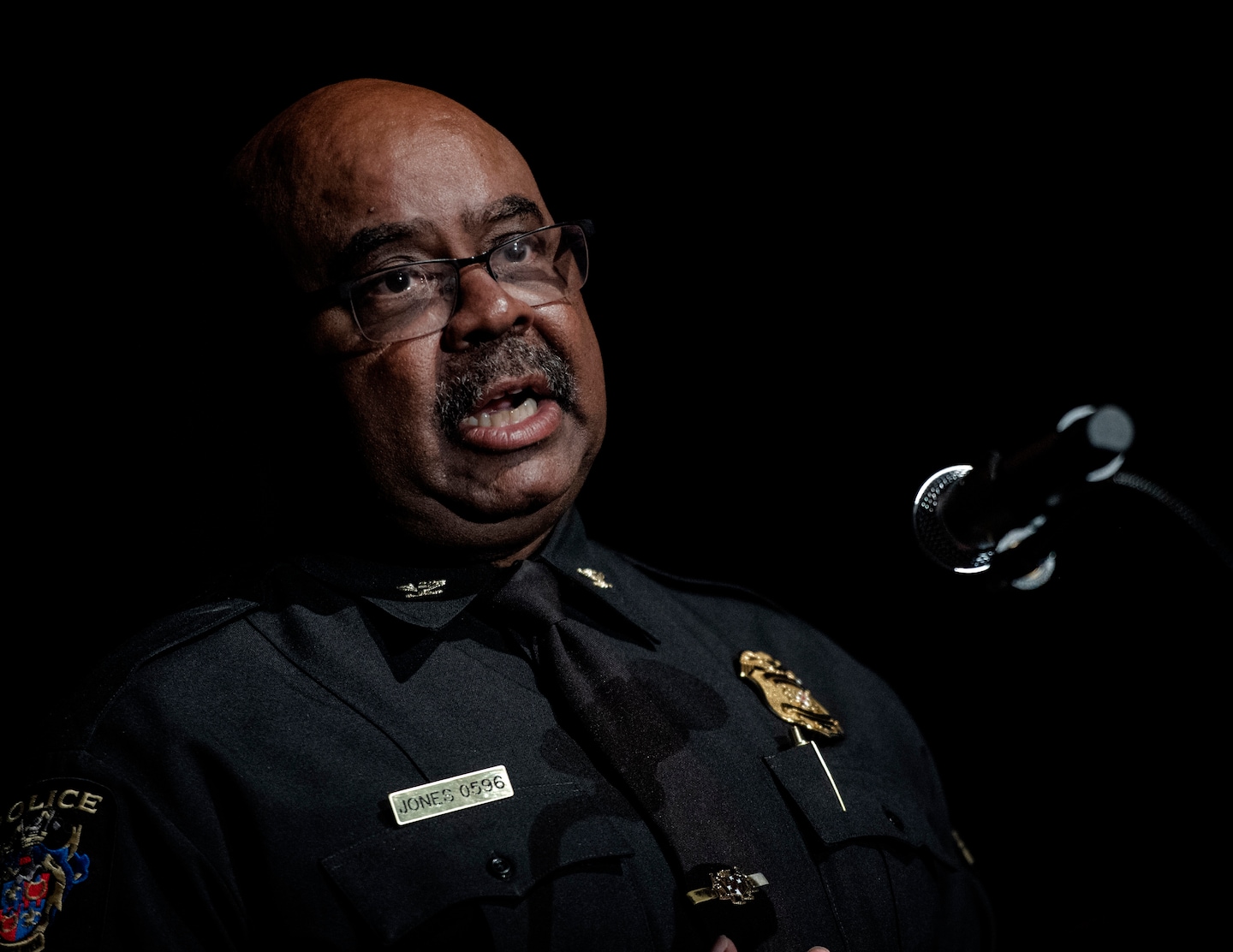 Police searching the apartment of a man suspected in the killing of a convenience store employee this week in Maryland discovered the body of woman who is believed to have been eight months pregnant and dead for at least a month, police said Friday.

Torrey Damien Moore, 31, was charged with first-degree murder in the initial case, when police say he walked into a Dash In convenience store at 2:58 p.m. Thursday in the White Oak section of Montgomery County, got into an altercation with a 61-year-old clerk and shot him several times.

Investigators who reviewed outdoor surveillance video at the gas station used it to follow Moore’s path to the nearby Enclave Silver Spring apartment buildings, according to court records. Officers eventually made their way to Moore’s apartment, searched it, and discovered the body of a dead woman, police say. There was no immediate sign that the cases were connected, and police say Moore told investigators he had been in a relationship with the woman found in his home.

The woman’s body was “in an advanced stage of decomposition,” Montgomery Police Chief Marcus Jones said at a news conference Friday afternoon.

He identified the slain convenience store clerk as Ayalew Wondimu of Silver Spring. Jones did not provide the name of the woman found in the apartment because she has not been conclusively identified, he said. An autopsy is scheduled for Saturday.

Few details were released about how she died. Jones said investigators have a lot of work to do on the case.

Moore was being held at the Montgomery County Detention Center on Friday afternoon, and was expected to be placed on no-bond status because of the first-degree murder charge against him, officials said.

It is unclear whether he has retained an attorney.

For police, the case began at 3 p.m. Thursday when they were called to the Shell station at the corner of New Hampshire Avenue and Lockwood Drive, which has a Dash In convenience store. They found Wondimu suffering from multiple gunshot wounds, according to court records. He was pronounced dead at the scene.

Interior surveillance video showed a man entering the store just before 3 p.m., selecting a bottle of iced tea, and approaching Wondimu, who was standing behind a cash register, police said.

Outdoor surveillance video showed him walk toward the Enclave, a collection of high-rise buildings, according to police. Investigators also reviewed video from the complex, which showed the same suspect entering one of the buildings.

Police showed images to an apartment building manager, who identified the suspect as Moore, according to police.

At the convenience store, a manager told investigators that the suspect “had previously caused other commotions in the store,” police said. When detectives showed the manager a driver’s license photograph of Moore, the manager identified him as the suspect.

This is a developing story and will be updated. Magda Jean-Louis contributed to this report.