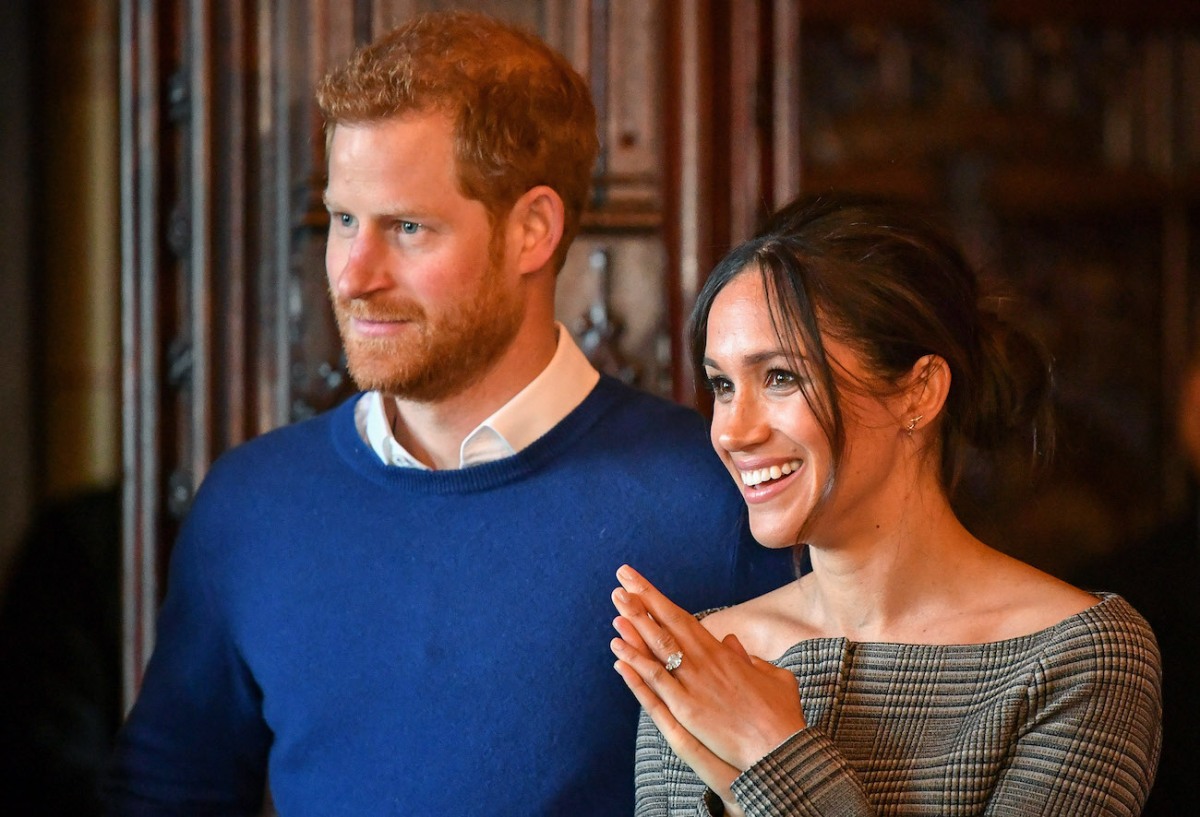 Prince Harry and Meghan Markle’s Netflix docuseries trailers are coming under fire for the use of stock photos and footage. Some believe using this false imagery to convey their narrative is misleading because it doesn’t personally have anything to do with the couple.

In the first trailer for the Netflix docuseries Harry & Meghan, a paparazzi shot illustrated how stressful it’s been for the Sussexes living in the public eye.

Turns out, the image showing rows of paparazzi snapping pics had nothing to do with Harry and Meghan. It was taken of photographers on hand to capture the action at the Harry Potter and the Deathly Hallows: Part Two premiere in Trafalgar Square, London in 2011 — 5 years before Harry and Meghan even met.

The photo flashes on the screen, then Harry says in a voiceover, “I had to do everything I could to protect my family.”

Photographer calls using the image in the Netflix trailer ‘lazy’

Royal expert Ingrid Seward told The Sun, “I don’t imagine Harry would have realized, but Netflix have been careless here as it weakens Harry’s comment about protecting his family. This fake picture weakens his point.”

The photo includes The Sun photographer Doug Seeburg, who explained the scene captured in the image. “I remember going to the premiere. It was a huge event,” he recalled. “Crowds and crowds of fans had turned out in the rain and camped overnight to see the actors. There were no members of the royal family there.”

He continued, “In the Netflix trailer it’s implied the photographers, including me, were trying to get a shot of the royal couple — but that’s nonsense.”

Seeburg added, “For a picture from that premiere to turn up in this trailer about Harry and Meghan seems like lazy picture research.”

Royal expert Robert Jobson tweeted: “A photograph used in “Harry and Meghan” @Netflix trailer to show paparazzi ‘hounding’ them does — surprise, surprise — in fact show photographers who were INVITED at a Harry Potter film premiere”

Jobson also shared an image from the trailer that showed a photographer snapping a picture of Harry and Meghan walking with Archie from a balcony. “This photograph used by Netflix and Harry and Meghan to suggest intrusion by the press is a complete travesty,” he explained on Twitter. “It was taken from an accredited pool at Archbishop Tutu’s residence in Cape Town. Only 3 people were in the accredited position. H & M agreed the position. I was there.”

Body language expert Jesús Enrique Rosas, “The Body Language Guy,” compared one image seen in both Netflix trailers with the original photo. He tweeted, “#SecondTrailerFAIL the paparazzis shot used in BOTH trailers has nothing to do with Harry and Meghan. Hell, it has nothing to do with the royals! It’s ‘Michael Cohen, Trump’s former lawyer leaves for prison term.’”

The paparazzi are seen in the image clamoring to capture Cohen as he was leaving his New York apartment in 2019 to serve time in prison — they were not taking photos of Harry and Meghan.

Another inaccurate clip in the trailer is from footage of British personality Katie Price leaving Crawley Magistrates court. Harry narrates in the voiceover, “I was terrified — I didn’t want history to repeat itself” as the footage gives the appearance the couple was being followed by paparazzi.

The first trailer also included a photo of Harry putting his hand up to photographers. The image, taken in 2007, cropped out Harry’s then-girlfriend Chelsy Davy.