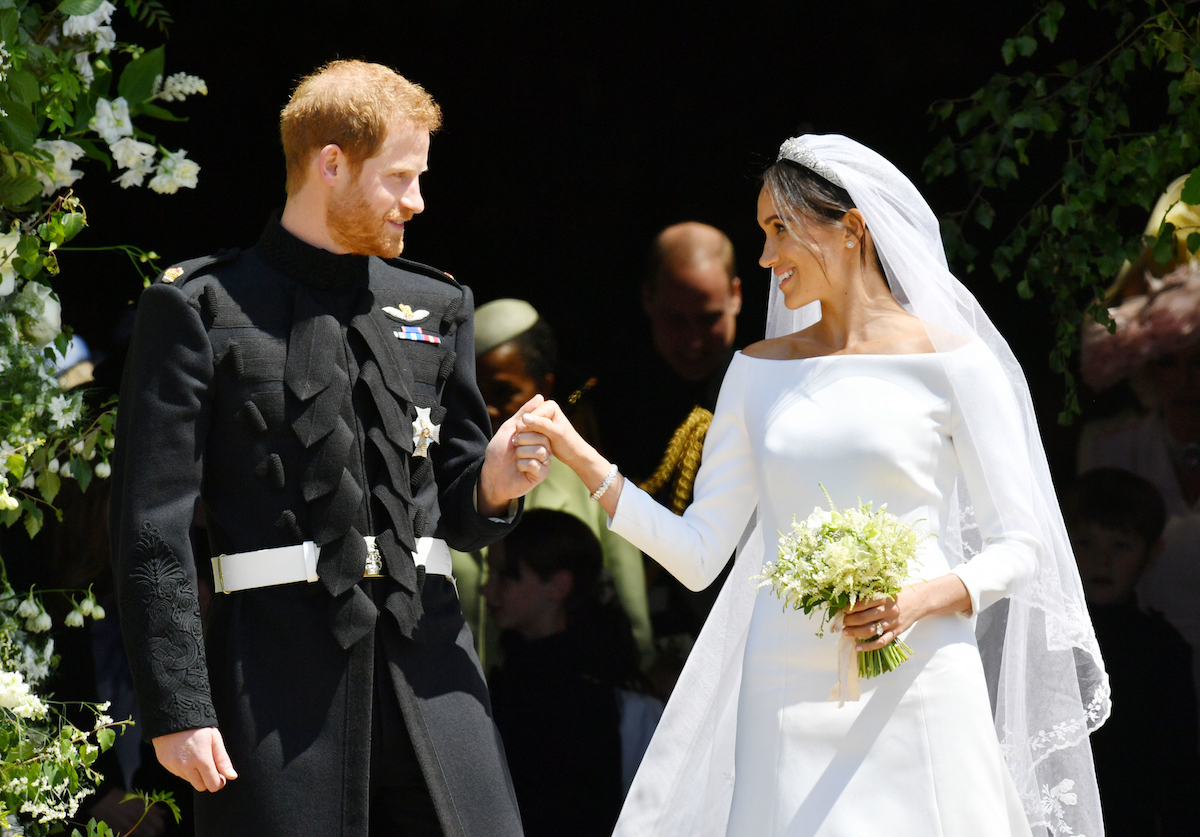 Prince Harry “upset” Queen Elizabeth ahead of his royal wedding to Meghan Markle, a forthcoming book says. From his “demands” to going “about things his own way,” the Duke of Sussex made the lead-up to his 2018 nuptials “very difficult” for the late monarch, a friend told author Katie Nicholl.

‘Run-up’ to the royal wedding ‘very difficult’ for Queen Elizabeth, according to book

Weddings, royal or not, can be stressful. Case in point: The Duke and Duchess of Sussex’s wedding. The pair wed at Windsor Castle’s St. George’s Chapel on May 19, 2018. Queen Elizabeth attended along with many other British royals and celebrity guests.

However joyous the occasion might’ve been for the queen, the “run-up” to the multi-million dollar wedding was anything but, according to The New Royals.

In an excerpt published by The Mail on Sunday, Nicholl quoted Queen Elizabeth’s cousin, Lady Elizabeth Anson, as saying, “The run-up to the wedding was really very difficult for the queen.”

Anson continued, telling Nicholl the queen felt “very upset” by “how Harry behaved and some of his demands and the way he went about things his own way.”

The excerpt didn’t expand on what Harry’s “demands” might’ve been that “upset.” Although, there were reports of friction surrounding Meghan’s wedding tiara.

Some claimed she “demanded” to wear the headpiece of her choice. Others said Queen Elizabeth put Harry “firmly in his place” after supposed drama over a wedding hair trial.

Prince Harry’s behavior ahead of the wedding ‘damaged’ his relationship with Queen Elizabeth, book says

Ultimately, Harry’s behavior ahead of the wedding had lasting effects, Anson told Nicholl. Particularly on his relationship with his grandmother.

“I remember her being rather upset by how beastly Harry was being,” the queen’s cousin, who died in 2020, said. “Their relationship was quite badly damaged by it all.”

Meanwhile, historian Robert Hardman told People adoration between the two never faltered. The queen, who died on Sept. 8 at Scotland’s Balmoral Castle, “adored Harry right to the end, and Harry adored her,” the Queen of Our Times: The Life of Elizabeth II author said.

Additionally, Harry released a heartfelt statement about his “Granny” after the queen’s death.

In another excerpt of The New Royals, published by Vanity Fair, Nicholl spoke to an unnamed friend of the queen’s. They told the author and Vanity Fair royal correspondent all the “turmoil” surrounding Harry and Meghan’s 2020 royal exit left Queen Elizabeth “exhausted.”

“She was very hurt and told me, ‘I don’t know, I don’t care, and I don’t want to think about it anymore,’” the friend told Nicholl.

The New Royals: Queen Elizabeth’s Legacy and the Future of the Crown will be released on Oct. 4.