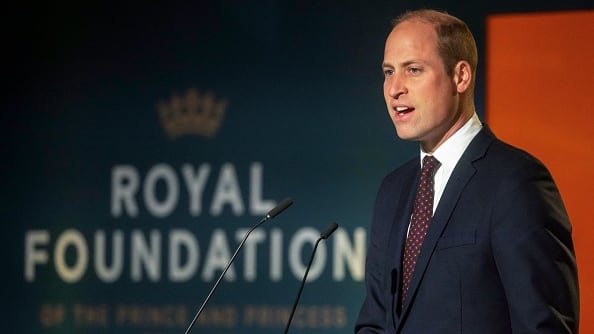 Royalist is The Daily Beast’s newsletter for all things royal and Royal Family. Subscribe here to get it in your inbox every Sunday.

Prince William paid a moving tribute to his late grandmother as he spoke about the importance of ending the illegal trade in wildlife in his first public speech as Prince of Wales Tuesday, saying: “In times of loss, it is a comfort to honor those we miss through the work we do.”

William was named Prince of Wales by his father, after Charles became king following the queen’s death in September.

William established United For Wildlife (UFW) in 2014, to protect endangered species put at risk by the illegal trafficking of wildlife products.

William’s keynote speech at the UFW conference in London was keenly watched by royal observers seeking a roadmap to the next few decades of William’s life. As expected, he used it to clearly signpost that the larger cause of conservation will continue to be a key preoccupation for him over the decades to come.

Later this week, he is expected to restate his commitment to making sport accessible to all young people, long an issue he has campaigned on, while Kate is expected to reiterate that her key causes will remain childhood development and mental health.

“In times of loss, it is a comfort to honor those we miss through the work we do.”

In his speech William said: “Our natural world is one of our greatest assets. It is a lesson I learnt from a young age, from my father and grandfather, both committed naturalists in their own right, and also from my much-missed grandmother, who cared so much for the natural world.

“In times of loss, it is a comfort to honor those we miss through the work we do.

“I take great comfort, then, from the progress we are making to end the illegal wildlife trade.”

William also paid tribute to Anton Mzimba, a South African ranger who was murdered earlier this year in a crime that rocked the conservation community.

William said the murder of Mzimba was “especially brutal” and “shocking confirmation of how vicious the illegal wildlife trade is,” adding, “He stood up to violent criminals and paid the ultimate price.”

UFW has contributed to over 250 arrests, almost 200 seizures of wildlife products and has trained over 100,000 people.

Colon cancer: the ‘silent killer’ that claimed the life of Kirstie Alley and 53k more this year