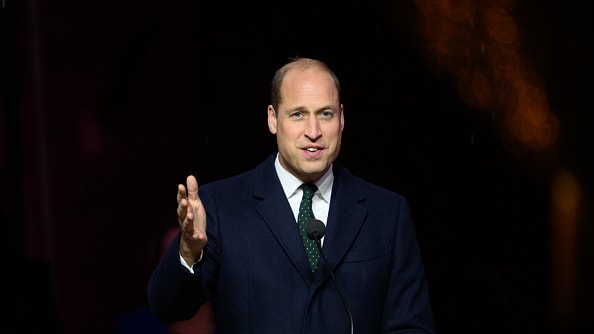 Nobody should be surprised that the British royal household has yet to purge itself of people like Lady Susan Hussey, whose casual racism toward Ngozi Fulani, the Black founder of the charity Sistah Space has caused a firestorm.

Hussey was not a minor functionary. As a lady-in-waiting she became increasingly close to Queen Elizabeth over the last decades of her reign. Her treatment of Fulani sounded a lot like an interrogation by an impatient immigration officer, demanding to know her African origins even though she was born in Britain to parents who came from the Caribbean.

The episode was, a palace spokesperson said, “unacceptable and deeply regrettable”—sounding very much like Captain Renault in the movie Casablanca, when Renault, played by Claude Rains, declares “I’m shocked, shocked to find that gambling is going in here” as a croupier surreptitiously hands him his winnings.

William and Kate landed in Boston Wednesday for their big U.S. trip—a glitzy, smiley American royal relaunch, they had hoped—as the scandal raged. And just as on their disastrous Caribbean tour, the criticism was made politely clear to their faces.

At one of their first functions, while the most recent controversy was not mentioned, Reverend Mariama White-Hammond—Boston’s Chief of Environment, Energy, and Open Space—said: “On this day, I invite us all to consider the legacy of colonialism and racism. The ways it has impacted people across the world and its connection, its deep connection to the degradation of land and our planet that we are all seeking to reverse. The stories lost, the species made extinct, but also the persistence of people in the face of oppression and the fundamental dignity of all of our relations.”

Later, there was a mixed reaction to the couple at an NBA game. Time will tell how the Lady Hussey scandal plays or not into this American trip. The incident certainly throws into sharp relief the award Prince Harry and Meghan Markle are receiving on Sunday at the Robert F. Kennedy Human Rights Foundation Ripple of Hope Gala in New York, as a tribute to how they have confronted racism within the royal family.

“Few would have the courage to question their colleagues, family and community about the power structure they maintained, and this is what Meghan Markle and Prince Harry have done.”

Kerry Kennedy, Robert F. Kennedy’s daughter and president of the foundation, said the award is for their “heroic” stance against the “structural racism” of the royal family. Kennedy told Vanitatis magazine: “They went to the oldest institution in U.K. history and told them what they were doing wrong, that they couldn’t have structural racism within the institution; that they could not maintain a misunderstanding about mental health.”

Kennedy added: “Few would have the courage to question their colleagues, family and community about the power structure they maintained, and this is what Meghan Markle and Prince Harry have done.”

The palace has been downplaying accusations of institutionalized racism since they flared up in the wake of Harry and Meghan’s Oprah interview in March 2021.

Then their response was a four-sentence statement, issued on behalf of Queen Elizabeth, that said the family had been “saddened to learn the full extent of how challenging the last few years have been for Harry and Meghan. The issues raised, particularly that of race, are concerning.” Then came a sentence notorious for its slipperiness: “While some recollections may vary, they are taken very seriously and will be addressed by the family privately.”

So privately, it seems, that very little has changed since then.

In fact, the situation that had tormented Meghan to the point, as she confessed to Oprah, of feeling suicidal, was far more serious than we then knew. Lady Hussey’s behavior has overshadowed new revelations made by a Scotland Yard officer who headed the unit in charge of the royal family’s security.

Neil Basu, who, as an assistant commissioner, was Britain’s most senior police officer of color, in an interview with London’s Channel Four News, gave a harrowing account of what Meghan had had to endure: “If you’d seen the stuff that was written and you were receiving it, the kind of rhetoric that’s on line, if you don’t know what I know, you would feel under threat all of the time.”

Basu revealed that Meghan had received direct threats from the far-right, and that people had been prosecuted.

This goes a long way to explaining what Meghan and Harry meant when they talked about the pressures that drove them to make their clean break from the royal family. For example, when Meghan told Oprah “I am not going to live my life in fear” it followed her comments about asking for help with mental stress and being told (by someone unnamed) “my heart goes out to you but there is nothing I can do.”

And that was followed by the electric moment when Oprah exclaimed “WHAT?” as Meghan said that someone in the family was concerned about how dark her child’s (Archie) skin color would be. But the worst pressure was not just from incidents like that within the family. Basu makes it clear that the external bombardment of hate talk and trolling would have been traumatizing for anybody to process without help. As Harry told Oprah, it was the racism that changed the risk level for them but, he added, they were told they had to live with it—they were, said Harry, “trapped within the system.”

“Meghan was not being paranoid when she felt this subtle bigotry was embedded in the attitudes of the royal household hierarchy.”

Many Brits feel they live in one of the most successful multiracial nations in Europe. London, Europe’s largest city, has for sure one of the most culturally diverse cultures. But the most pernicious form of racism is often not the kind that is out in the open with the ultra-right but the kind that is instinctively inbred and part of class attitudes, as it seems to have been with Lady Hussey. Meghan was not being paranoid when she felt this subtle bigotry was embedded in the attitudes of the royal household hierarchy.

And that attitude beyond the palace was apparent within months of Harry meeting Meghan. In November 2016, Rachel Johnson, the sister of Boris, discussed the pairing in a column for the Mail on Sunday—opening by describing Meghan as “Harry’s Hottie” and then saying that, if they were to marry, “the Windsors will thicken their watery, thin blue blood and Spencer pale skin and ginger hair with some rich and exotic DNA. Miss Markle’s mother is a dreadlocked African-American lady from the wrong side of the tracks.”

Johnson then set the tone for what a lot of British anti-Meghan messaging adopted, what might be called the “I’m not a racist—but” line. She accused Meghan of being “racy” in her previous relationships and said, “Nobody cares that Miss Markle is mixed race or a tease, but racy is a different story. Racy is not official Wife Material.”

I have heard a lot of this from Brits who bristle at being accused of racism. Meghan is “pushy” or—even worse—a “pushy American.” (Anti-Americanism can itself be a form of racism). There is no doubt that a lot of the friction between Meghan and palace staffers came from her sense of vocation. She was a hard-pushing professional who had risen through a tough system and expected others to be as dedicated, while they had a class-based aversion to that level of vocational commitment—a class that includes the Queen Consort Camilla who never had a vocation or a real day job.

As it is, for the next week, the royals are facing a heightened public awareness of the darker side of the House of Windsor and the bipolar tensions between Will and Kate and Meghan and Harry.

In Manhattan, Meghan and Harry pick up their Ripple of Hope award, and the case for that would seem to have been freshly validated by Neil Basu. Meanwhile, the Hussey scandal is particularly awkward for William, as he landed in Boston for his big trip culminating in presenting his Earthshot award, because Lady Hussey is his godmother. But, of course, he didn’t choose her. (Who did, I wonder?) And his spokesperson made clear what he thought: “Racism has no place in our society.”

Unfortunately, the problem is that in the first months of his father’s reign, it’s clear that racism still has a place in the aging entrails of the royal household, and that the family has been slow-walking their effort to deal with it.