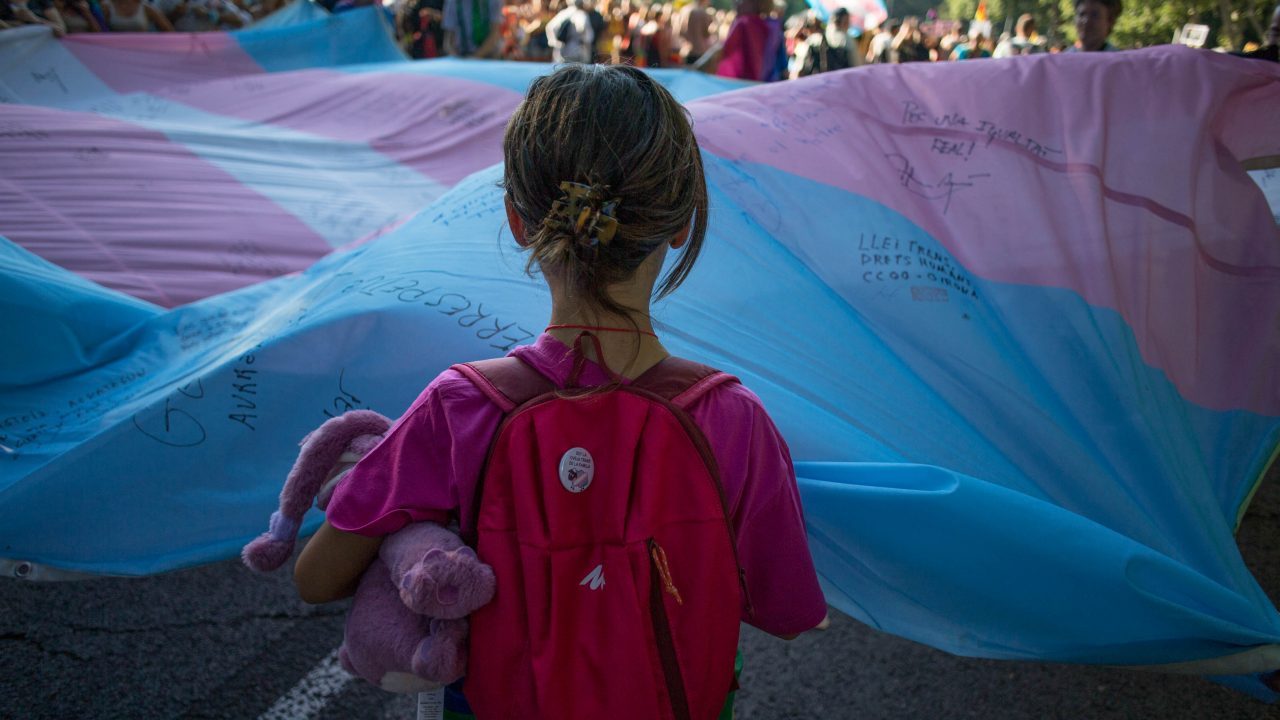 A school district in Wisconsin is proposing new “Human Growth and Development” curriculum that would include gender lessons for children as young as kindergarten, and lessons for third-graders about gender identity, sexual orientation and pronouns.

The updated curriculum will be presented to the Wauwatosa School Board on Monday for an initial overview, and the vote for final approval will be held later in August, according to a letter regarding the curriculum on the school district’s website.

The proposed curriculum calls girls “students who do or will menstruate.”
(iStock)

Alexandra Schweitzer, the Wisconsin president of No Left Turn in Education, said she has had dozens of parents reach out to her about the proposed curriculum, which is labeled Human Growth and Development, but she said is really sex education.

One of the most concerning parts of the lesson plan, Schweitzer said, was the book “It Feels Good to Be Yourself: A Book About Gender Identity,” included in the fourth-grade curriculum.

“Your gender identity might match what people thought you were when you were born, or it might not,” the book reads. It tells a story of Alex, who is “both a boy and a girl.”

“When Alex was born, everyone thought Alex was a girl, but Alex is both boy and girl. This is Alex’s gender identity,” the book reads.

“It really goes against what parents want for their kids,” Schweitzer said. “This shouldn’t be an opt-out, this should be an opt-in.”

“Bureaucrats shouldn’t be telling us when it’s time to sexually educate our children,” she added. “Bureaucrats need to stay out of it.”

The letter on the district website noted parents, guardians or caregivers have the ability to opt their children out of the lessons, and are notified before upcoming lessons.

Designed outcomes for each grade level, according to the letter, are “grounded in the National Sex Education Standards,” as well as state statute, data reviewed by the committee and professional experiences and perspectives.

The “National Sex Education Standards” linked to in the letter were developed by the Future of Sex Education Initiative,” which is a partnership between Advocates for Youth, Answer and SIECUS: Sex Ed for Social Change.

A girl holds the Transgender Pride flag during the pride march held in one of the most important streets of Madrid.
(Photo by Luis Soto/SOPA Images/LightRocket via Getty Images)

According to the standards document, the Future of Sex Education Initiative “seeks to create a national dialogue about the future of sex education and to promote the institutionalization of quality sex education in public schools.”

Advocates for Youth, which partnered in developing the standard, states on its website “young people understand that reproductive and sexual health and rights are inextricably tied to social justice and the fight for liberation.”

Schweitzer encouraged parents who are concerned with what is going on in their school district to speak up.

“I think parents need to know that they’re not alone,” she said. “Parents are terrified that their kids are going to get canceled, and they don’t want to speak up.”

“Somewhere along the line, we lost our way, and our kids just don’t need this,” she added.

Kelsey Koberg is an Editor with Fox News Digital. Story tips can be sent to [email protected] and on Twitter: @KelseyKoberg.

The Best Toys and Collectibles Revealed at Hasbro Pulse Con 2022