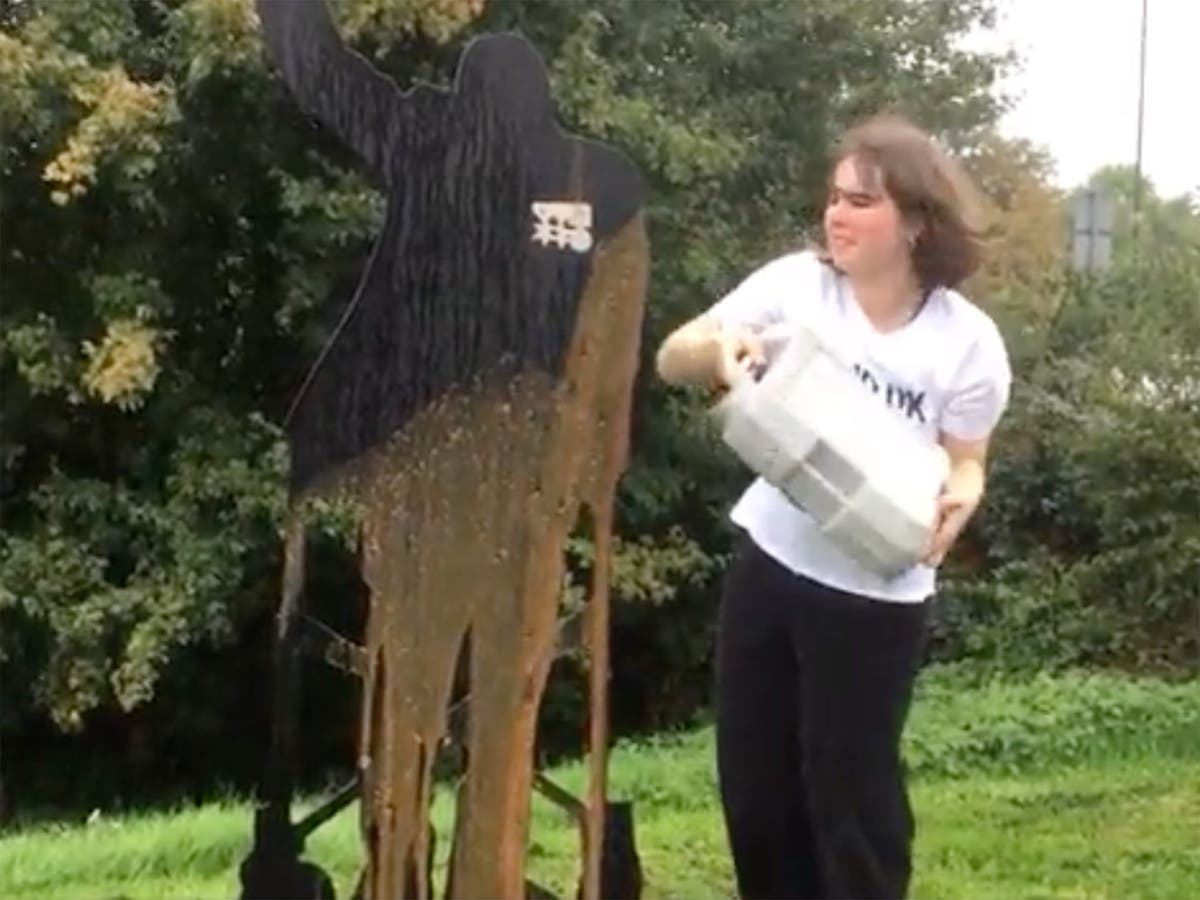 A climate protester has pleaded guilty of criminal damage after pouring human faeces over a memorial statue of Captain Sir Tom Moore.

Madeleine Budd, 21, of Kedleston Avenue, Manchester was arrested by the Metropolitan Police in central London on Sunday.

It comes after a video posted online showing human faeces being poured onto the life-sized statue of the World War Two veteran in Thistley Meadow, Hatton, south Derbyshire.

Budd was charged with criminal damage by the Derbyshire Police on Monday. The former medical student appeared at Westminster Magistrates’ Court today wearing a grey jumper.

She pleaded guilty to criminal damage to a memorial.

Prosecutor Jordan Pratt said: “On Friday 30 September the defendant attended a location in Hatton where there is a statue of Sir Captain Tom Moore.

“The statue is situated in a public area next to a road.

“She approached the statue and poured a bucket of human faeces all over this statue.

“She was wearing a white t-shirt which said “End UK Private Jets”.

“This act was filmed. It has already been seen by a number of people. This is an abhorrent act.

“I need not remind the court of the impact that Tom Moore had. He was a figurehead who people rallied round to raise tens of millions of pounds walking round his garden at the height of the pandemic.”

He also argued that the offence was pre-meditated and would have required a huge degree of planning.

“The defendant has armed herself with a large amount of human faeces and turned it onto a statue,” he said.

“I imagine there will be a wide social outcry.”

Francesca Cociani, defending, made an application for conditional bail, saying Budd was living in a van on a south Enfield site and could remain there indefinitely, sign into police stations and agree not to attend protests.

But Ms Cieciora ruled that she had “substantial grounds” to believe Budd may commit another offence while on bail.

The judge told the court that the starting point for sentencing could be one year and six months in jail.

Sir Tom shot to national fame when he raised almost £33m for NHS charities during the first wave of the coronavirus pandemic by walking laps of his garden aged 100.

He was later knighted by the Queen before he died with Covid-19 in February 2021.