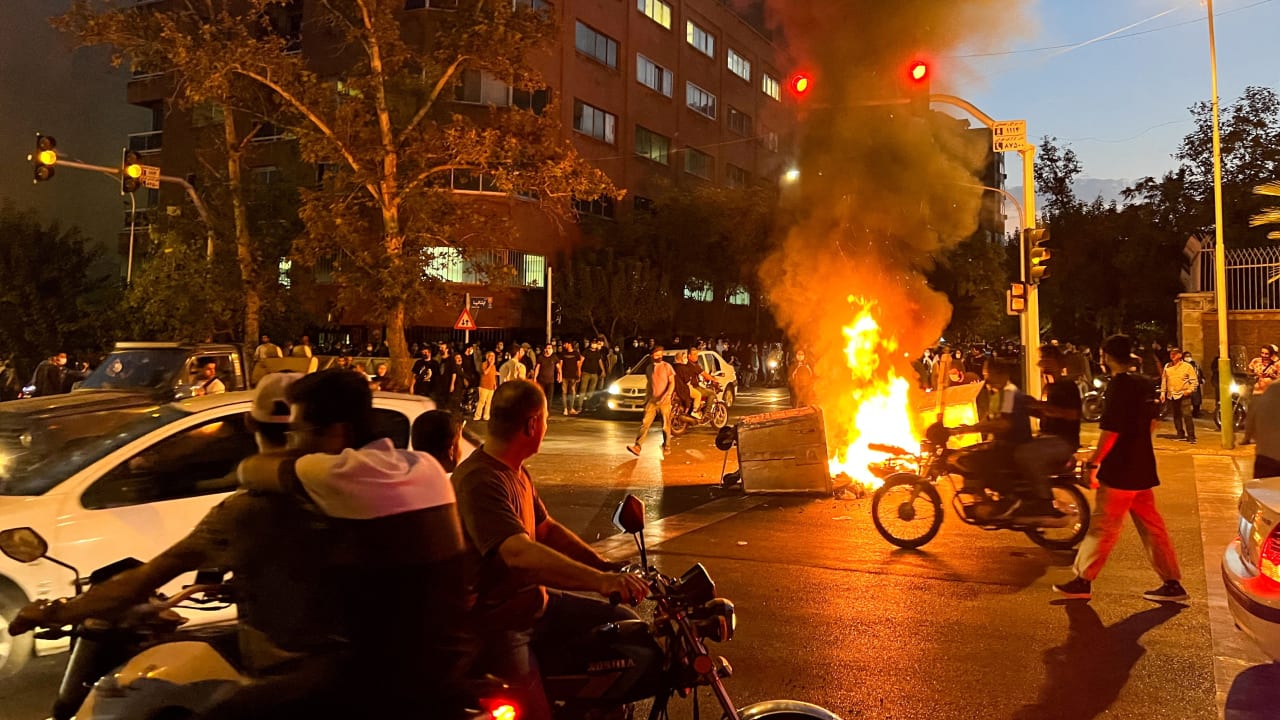 This is how demonstrators trick the mullah police

76 dead, including 4 children – that’s how many victims human rights organizations call the demonstrations in Iran. Security forces are brutally cracking down on the demonstrators. And yet the courageous women and men across the country have been taking to the streets for eleven days now.

They demand freedom and shout: “Down with the dictator”, “Woman, life, freedom”.

The protests continued into Tuesday night. According to eyewitnesses, the demonstrators in large cities have developed a new strategy: They appear in smaller groups, but in more places.

The idea: to make the controls of the security forces more difficult.

The background to the protests is the death of 22-year-old Iranian Mahsa Amini. She was arrested by the Morality Police just over a week ago for violating the strict Islamic dress code. What exactly happened to Amini after her arrest is unclear. Anyway, she went into a coma and died in a hospital on Friday. Critics accuse the morality police of using violence. The police deny the allegations.

Since then, thousands of people have been demonstrating across the country against the government’s repressive course.

The mullahs’ parliament is split after the judiciary and security forces cracked down on the wave of protests in the country. “The recent riots were organized by the enemies of Iran,” said MP Sohreh Saadat-Ladschewardi, according to the state news agency IRNA on Tuesday.

She threatened to crack down on the demonstrators!

On the other hand, the member of the domestic political committee, Jalah Rashidi Kuchi, said: “As long as we do not deal objectively with the current issues, nothing will work in the country.” Wild conspiracy theories, mutual insinuations, violence and political hypocrisy would solve neither the problems nor the country advance.

The US Ambassador to Germany, Amy Gutmann, (72) told BILD that she proudly and emphatically supports President Biden. The US President had made it clear at the UN General Assembly that the US “stands with the courageous citizens and courageous women of Iran who are demonstrating right now to secure their fundamental rights”.

Gutmann on BILD: “Women and men in Iran should have the basic right to freedom of expression and assembly. Women should be able to wear what they want, free from violence and harassment.”

The Ambassador demanded: Iran must end its violence against its own citizens who are simply exercising their most basic freedoms.

► The EU and the US are considering further sanctions against Iran.

► Last week, the USA imposed new sanctions against government agencies in Iran and against high-ranking officials personally. The moral police were fined, as was their chief, Mohammad Rostami Cheshmeh Gachi, and the head of the agency in the capital, Tehran. Rostami declared in early 2022 that the moral police would punish women who do not wear their headscarves.

► Canadian Prime Minister Justin Trudeau announced on Monday that his country would impose sanctions on “dozens” of Iranian authorities and bodies, including the vice squad. He was reacting to the violent suppression of the protests in Iran.