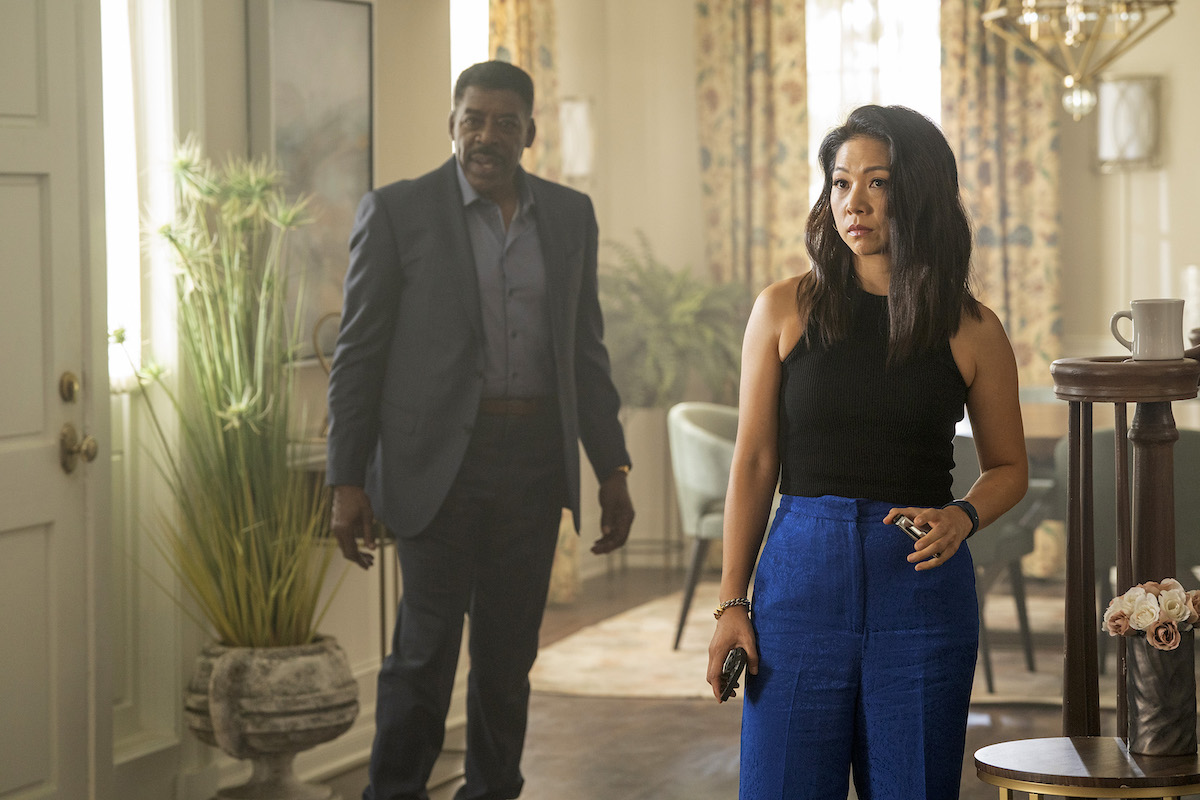 NBC produced the Quantum Leap reboot 29 years after Sam Beckett (Scott Bakula)’s last leap. Some viewers have been waiting nearly three decades to see another time traveler take the leap. That includes the cast of the new show. They shared their memories of watching the original series.

Raymond Lee, Ernie Hudson, Caitlin Bassett, Nanrisa Lee and Mason Alexander Park were on a Television Critics Association Zoom panel for the Quantum Leap reboot on Sept. 15. They got emotional recalling memories of watching the original series. Quantum Leap airs Mondays at 10 p.m. on NBC and streams on Peacock.

Quantum Leap was always a show for the whole family. Sam would teach people in the past acceptance and equality. Lee, who plays security officer Jenn Chou, remembers watching it with her family.

“I used to watch the show with my dad, so it was a pretty exciting moment when I found out I got to be a part of it,” Lee said. “He and I are both really looking forward to watching it together again. I have yet to go back and rebinge it, but it’s definitely on my list.”

Hudson plays Herbert “Magic” Williams, a character Sam once leaped into. Hudson remembers watching the original series when he was already a father.

“I used to watch the show with my two older boys,” Hudson said. “I was a single parent, and we loved watching the show and talking about it, discussing it after.  And they’re really excited that Dad gets to be a part of it, so it’s really cool.”

Raymond Lee plays Dr. Ben Song, the new scientist who leaped back in time. He was still in grade school in the ‘90s. In fact, his friend introduced him to Quantum Leap in syndication.

RELATED: ‘Quantum Leap’: 1 of the Show’s Controversial Episodes at the Time Wouldn’t Have Bothered So Many People Today

“My best friend in sixth grade, this was his favorite show,” Lee said. “Prior to that, it was just all, like, X-Men and Ninja Turtles for me, which was the first real show I remember watching, and also my first introduction to sci-fi.  And so I have very fond memories of just playing and then going home and watching it with him the second time it came around. I think it was on USA.”

Caitlin Bassett and Mason Alexander Park are catching up

Quantum Leap is Bassett’s first television acting role. She did not watch the original series, but her father did.

“It was one of my dad’s favorite shows, so I was like, ‘Dad, did you ever watch Quantum Leap?’” Bassett said. “He was like, ‘What? I watched all of Quantum Leap.’ So it’s been a really cool rebonding experience, which is fun, because I feel like that’s one of the best things about the show, is it was a family show. It was a show people watched with their family, like Nanrisa and Ernie.”

Park was born in 1995 and his family didn’t watch, but his co-stars invited him to watch the original series with them. And this myriad of different viewing experiences shows how Quantum Leap resonated and still resonates with people of all ages. It’s the perfect time to bring it back.

Just 8% of Americans have a positive view of cryptocurrencies now, CNBC survey finds

In Defense of IRL Shopping