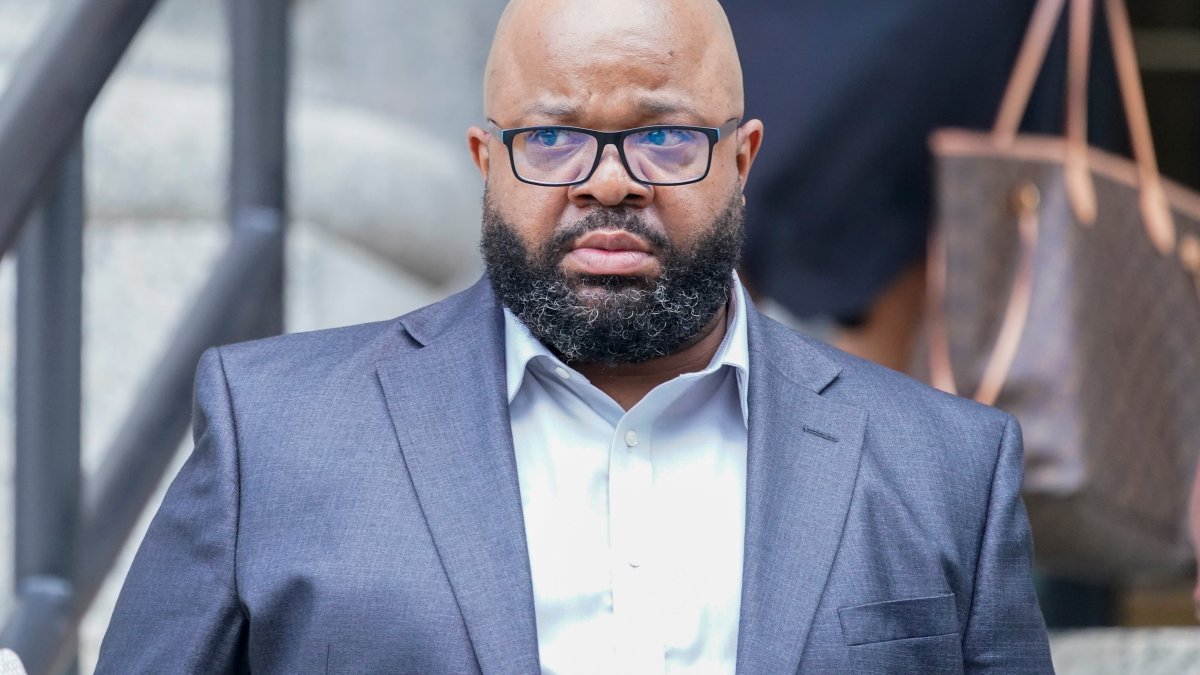 The trial of R. Kelly’s manager opened Tuesday on charges that he forced the cancellation of a screening of a documentary about the singer’s sexual abuse of women and girls by calling in a threat to the crowded Manhattan theater.

Assistant U.S. Attorney Lara Pomerantz told jurors that Donnell Russell made a terrifying brief phone call in December 2018 from his Chicago home to the theater, claiming that someone with a gun was planning to fire on the crowd watching Lifetime’s “Surviving R. Kelly” series.

“He knew his words would sabotage the event,” she said.

The phone call prompted an emergency call to police, who ordered an evacuation that forced the cancellation of the premiere, including a live panel discussion that was to include several women featured in the documentary.

“The defendant wanted to keep the women quiet,” Pomerantz said in Manhattan federal court. She added that Russell was motivated by a desire to protect the lucrative career of the Grammy-winning, multiplatinum-selling songwriter.

Kelly, who was sentenced to 30 years in prison last month, was convicted last year of racketeering and sex trafficking.

Defense attorney Michael Freedman told jurors that they would exonerate Russell if they study the evidence.

Freedman said there were a lot of phone calls to the theater on the day of the screening and jurors will “have to decide what it all means and what, if anything, it proves about my client.”

He said there was no recording of the phone threat so jurors cannot hear the voice that made it. But he added that there was not enough evidence to prove Russell committed a crime.

Outrage over Kelly’s sexual misconduct with young women and children was fueled in part by the widely watched docuseries “Surviving R. Kelly,” which gave voice to accusers who said they had felt ignored.

Adrian Krasniqi, who worked at the 25th Street venue, testified that he received the threatening call less than an hour after a man claiming to be part of Kelly’s legal team called and said the documentary was violating Kelly’s copyright to his name and should not be shown. He said the caller had a low, professional sounding voice.

Krasniqi said the later call consisted of a deep voiced man with a “slang tone, like a thug,” saying in a very serious and very blunt manner that “someone had a gun and they were going to shoot up the place.”

On cross examination, Krasniqi said he believed the caller had a Brooklyn accent, which he was familiar with because he lived in Brooklyn. He said he also thought the caller was outdoors when he made the threat.

Pomerantz said Russell demonstrated his guilt in part through his communications with a female co-conspirator who was at the theater at the time.

She said Russell sent the woman a text to say the police may be coming to the theater shortly before they did. And then he later asked her to delete the text, though she never did, the prosecutor said.

Pomerantz said phone records to be introduced as evidence will show that Russell called the theater nine times on the day of the screening.

In a separate Kelly-related case, a fan of the performer pleaded not guilty Wednesday in Brooklyn federal court to charges he made threats against prosecutors in Kelly’s sex abuse trial. Court papers cite a video of defendant Christopher Gunn saying, “If Kellz goes down, everybody’s going down.”

A message was left with Gunn’s lawyer seeking comment.